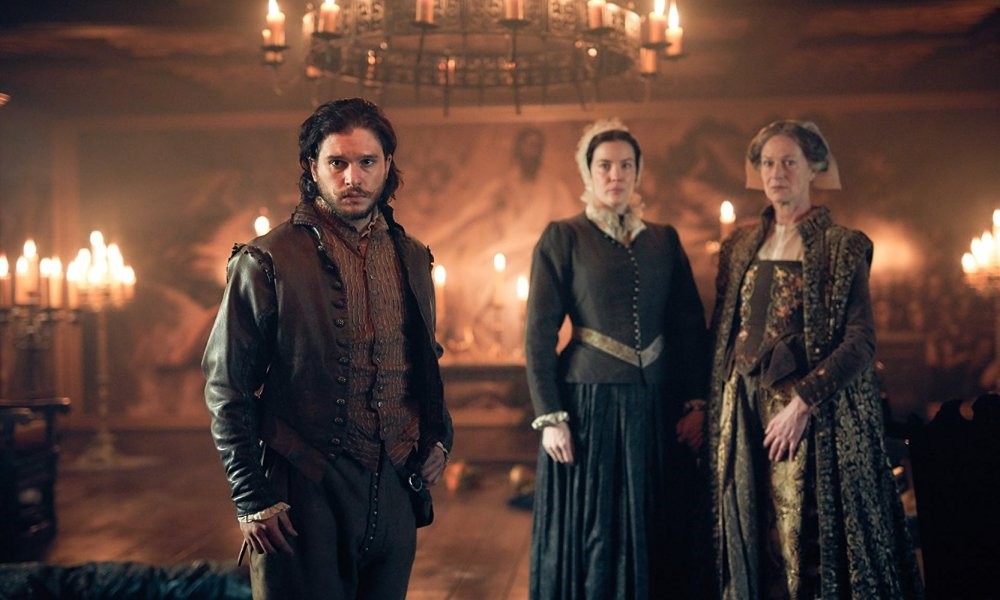 Kit Haringtonu2019s (L) miniseries u201cGunpowder,u201d about the Gunpowder plot in 1605, centers on a character that is hardly mentioned in popular commemorations of the prevention of the plot to blow up British parliament.
by Nagihan Haliloğlu
Nov 04, 2017 12:00 am

British TV loves to mine history for minor, misunderstood and hated characters to present a version of events from their eyes. This method is used to great effect in the miniseries ‘Gunpowder,' which depicts the events right before the plot to blow up British parliament on Nov. 5, 1605, and introduces the general viewing public to the character of Robert Catesby

In one of the grueling scenes that "Gunpowder" is peppered with, Lady Dorothy Dibdale, whom we have seen earlier in the episode in one of the most tense and excruciating sequences of hidden innocents being found out by bad men ever on television, stands erect in front of her executioner - the series is about religious differences/radicalism after all - and refuses to recant. Refusing to abandon her Catholic beliefs she says, "I will not pray with you and you shall not pray with me, I shall not say amen to your prayers, nor shall you to mine," in short, she paraphrases Surah Kafiroon in the Quran and then is duly crushed by having heavy weights put on her. We now know more than we need to know about 17th century torture and execution techniques in England, and it is clear that the oppressed and - as we shall find out later - plotting Catholics of the 17th century are a great metaphor for Britain's Muslims today.

Kit Harington's miniseries "Gunpowder," about the "Gunpowder plot" in 1605 centers on a character that is hardly mentioned in popular commemorations of the prevention of the plot to blow up the British parliament. This, we may do well to remember, was a parliament that was headed grudgingly by a king who was not too keen to listen to the landowners and royals assembled to speak to him about their own worries - not so much the "representatives of the public" as we like to think of members of parliament today. While on Nov. 5 people up and down the beautiful country of Britain gather together to set off fireworks and burn effigies of the most famous plotter of all, Guido/Guy Fawkes, this year, with his series, Harington draws our attention to Robert Catesby, who it turns out, is one of Harington's forefathers and one of the plotters of Nov 5. 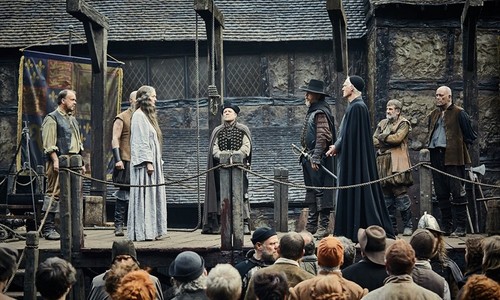 Still from the first episode of the first season.

The series was produced by Harington himself, and he plays the leading role of Catesby as well. As far as a "Game of Thrones" afterlife goes, Harington has chosen wisely as he is in practically the same facial hair and leather outfits (with much less fur it must be said), often on horseback and wielding a sword. As such, the success of the show rests almost solely on his shoulders. While he successfully plays a version of Jon Snow as Catesby, his skills in the production department are a bit more questionable. One is left with the feeling that the characters have much more to reveal, and the action has many more repercussions that we don't quite get to see. James I, played by Derek Riddlle, is portrayed as a Scottish upstart who is unsure of his standing with the English public, as he's recently been imported from Scotland as a Protestant monarch - an "appointment" the series could have done much more with. His doubts about Catholics are fed by Robert Cecil, a hunchback who hates the world a-la-Richard II, played almost to caricature effect by Mark Gatiss. We see Catesby being humiliated in a court and spar with the Catholic priest that he and his family have already sacrificed too much for concerning the right course of action vis-a-vis the king's anti-Catholic measures. The priest is as Christian as can be and continues to advise nonviolent resistance, but Catesby has had enough and storms out of the room, like a young British Muslim who has had enough of the local imam's peace message and will take the next plane to go join Daesh.

The Protestant-Catholic divide is the original clash of religions in Europe, a bloody history, the French will heatedly tell you, that has made secularism a must in France. As this show reveals, Britain has an equally bloody history of religious tensions, but in the case of this small island, the solution seems to have presented itself by ignoring religion altogether, rather than trying to regulate it with an iron hand. When you look at Harington's bruised and bloodied face and the bodies lying on the floor toward the end of the series you sort of want to break it to Catesby that the religious rift he risked and lost so much for hardly matters now in a country that is only nominally Christian. This is not to underestimate the lives the Protestant-Catholic divide claimed in Northern Ireland well into the 20th century, but by then, it was about the divide between those who wanted home rule and those who wanted to remain a part of Britain and not the finer points of creed and liturgy. Writing for the Guardian, Catherine Papinster says there's a feeling of camaraderie between the Protestants and Catholics these days, as evidenced at commemorations for the 500th anniversary of Luther's Theses. She argues that Protestants have relegated the denigration of Catholics to Atheists, arguably the new majority in Britain.

The original theological divide between Catholics and Protestants, which duly transforms into a national security issue in 17th-century England, is little explored in the series, and the very first scene of a Catholic mass and how the believers have to hide the priests as the king's men approach the Catesby mansion has to bear the weight of the religious background of the story. Britain finding its feet as an Anglican country between Protestantism and Catholicism was also the subject of the series "Wolf Hall," adapted from Hilary Mantel's novel in 2015, which took its sweet time over six episodes to introduce us to the various factions, their ringleaders and their international allies. The wider scope of the Protestant-Catholic divide in "Gunpowder" is alluded to by the presence of British Catholics in Belgium, and Catesby going to England's archenemy Spain to ask for logistic support for a Catholic overthrow of King James. There, Harington makes a point of showing how Catholics who are supposed to offer them a safe haven are burning Jews at the stake in their turn and making their English guests watch this to ensure they are on the same page when it comes to building the Lord's true kingdom on earth.

Although sometimes the characters may lack depth, the action never loses pace. The contemporary parallels "Gunpowder" hints at makes you want to read up on the period to get a better understanding of the motivations of the plotters, of how many a young man who set out to sacrifice their life for "the cause" end up being pawns in international power games.