Ships to Watch at painting exhibition 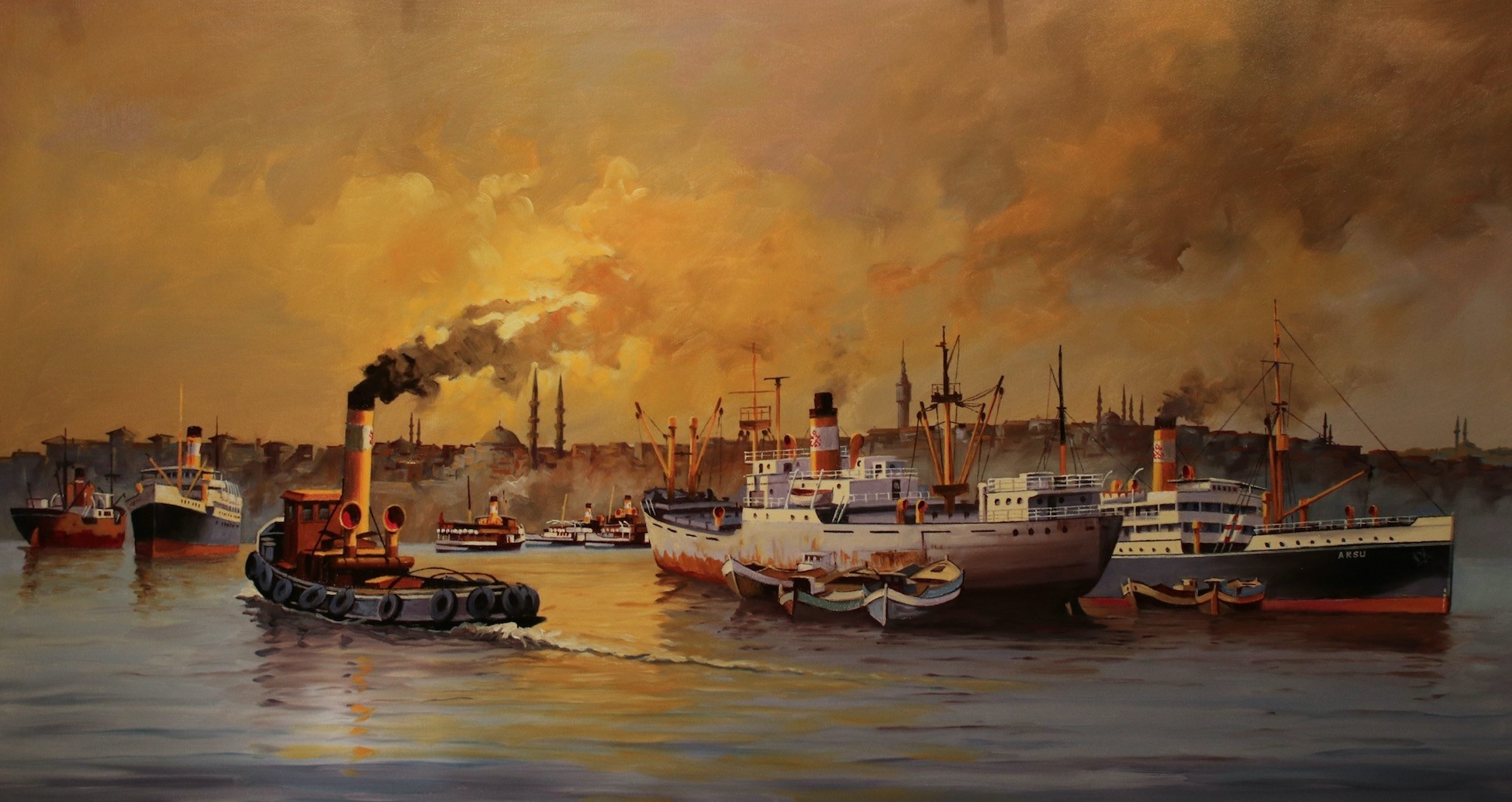 The exhibition "Ships to Watch" of Cumhur Koraltürk's oil paintings will be exhibited at the Rahmi M. Koç Museum starting Dec. 7.

Reflecting his passion for the sea and ships since his youth, 40 of Koraltürk's paintings will be exhibited.

Various paintings with many vessels such as the Gülcemal and Ankara, both symbolic ships in Turkey's naval history, and Şirket-i Hariye, are at the exhibition, which will be open for two months.

Describing the exhibition as "a parade of ships," Koraltürk said: "Precious scholar Mümtaz Sosyal expressed his passion for ships as 'ships to kiss' I just wanted to describe it as 'ships to watch.' You will be able to see the color blue with its shades and ships in detail as if it is a parade at the exhibition. The sea and ships are my passion. I want to keep the old photos in my archive alive as a document, reviving them in my paintings." The exhibition will be open between Dec. 7, 2017 and Feb. 11, 2018.

Koraltürk was born into a family of sailors in 1939. He dealt with painting in the press for many years. Koraltürk, who designed many package and book covers, left Babıali, an Istanbul neighborhood with many publishing houses, when newspapers started to move to plazas. He has given importance mostly to painting since then and has a large naval archive. Many war ships such as Ottoman and Turkish freighters and passengers ships are revived in his paintings.

Koraltürk's paintings are also exhibited at the Naval Museum and Koç Museum along with his solo collections. Describing the sea and ships as a passion, Koraltürk still continues to paint and make model ships.