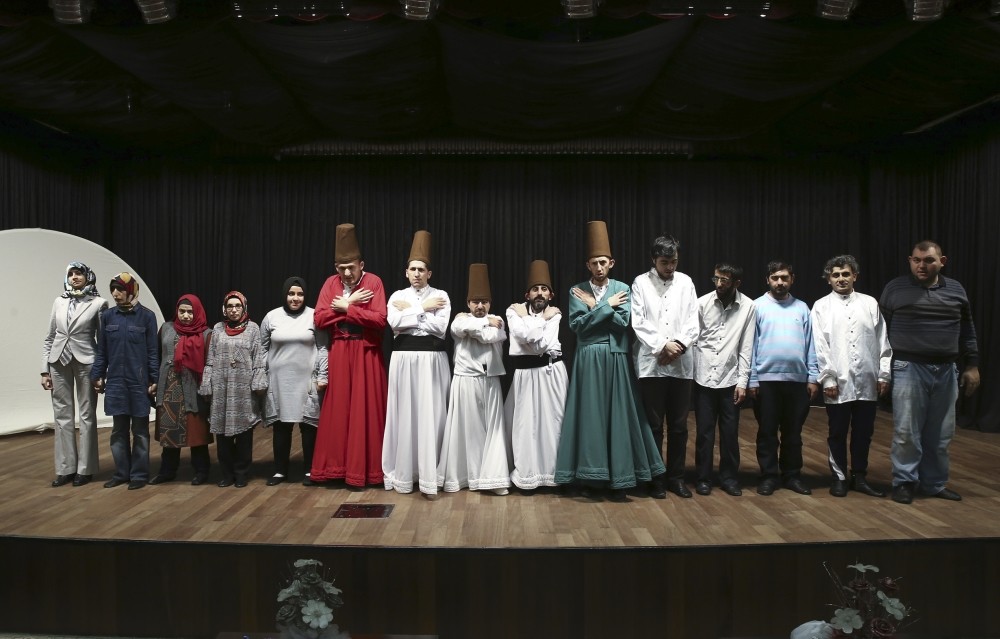 The whirling dervishes group, "Umudun Kanatları" ("Wings of Hope"), consisting of autistic, physically and mentally impaired people and people with Down syndrome, is getting ready to take the stage with a play during the Şeb-i Arus (The Night of Union) ceremonies.

Ülkü Bayram, the trainer of the team formed by the Sincan Municipality Directorate of Cultural and Social Affairs in the Ankara province, spoke to Anadolu Agency (AA) and provided information about their play in line with the commemorative ceremonies for the 744th anniversary of Maulana Jalaluddin Rumi's death.

Bayram said he was very impressed when he saw the talent of the impaired students that attended the course at the Sincan Public Education Center and later did research on sema performances to teach the talented students.

Noting that he provides training for impaired students in music and handicrafts as social services, Bayram said he tries to teach sema, an example of "divine love" and the philosophy of Rumi.

Indicating he formed a sema team consisting of 12 people and that the team has been well received by audiences, Bayram said: "We attended the Şeb-i Arus ceremonies last year. When people got to know us, they wanted to know how we started. Thus, we decided to tell our story through a theater play."

Bayram also mentioned that these students have been inspired by sema, which was first inspired by the Rumi's famous quote, "Come, come, whoever you are." He said they also present some scenes that are intended to break down the prejudices about handicapped people. "We prepared a light and shadow show to portray Rumi. We tell the seven-year educational story of "Umudun Kanatları" in 10 minutes and then start to perform sema in the show. Our team performed sema in Şeb-i Arus ceremonies last year. We will attend this year, as well. We will present our show in Sultan Veled Hall in the Konya Mevlana Cultural Center on Dec. 8," the trainer said.