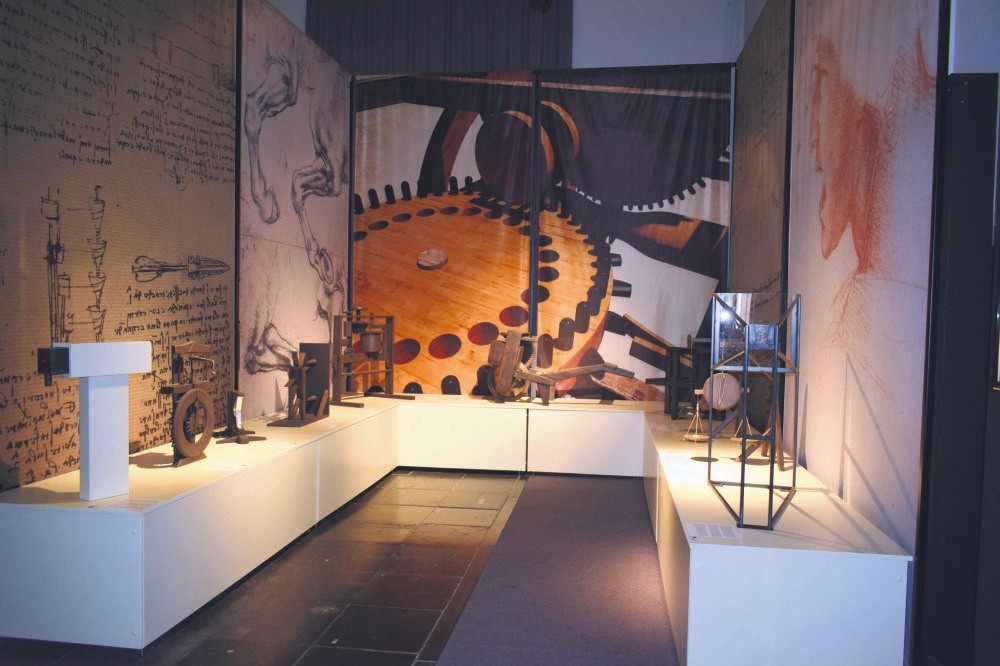 UNIQ Istanbul is inviting you to discover one of the most important geniuses of his time, Leonardo da Vinci. The most comprehensive exhibition dedicated to the master artist will kick off its world tour in Istanbul after its premier in Bruges, Belgium.

The "Leonardo da Vinci Expo: A Genius in Istanbul" exhibition that includes 100 replicas of da Vinci's original sketches, manuscripts, paintings and drawings will open at UNIQ Museum on Dec. 14 until April 7, 2018.

A team of 22 people including engineers, historians, graphic artists and craftsman in Belgium and Luxembourg created this collection of almost 200 works after 10 years of meticulous and detailed work. 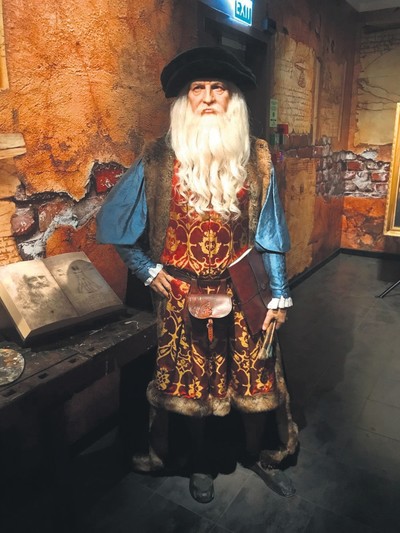 Leonardo da Vinci's wax replica from Madame Tussauds Istanbul will be put on display for a month.

It was determined that Leonardo da Vinci created 6,000 inventions and made many sketches of paintings, yet very little of these have been noticed since.

The exhibition aims to sample some undiscovered issues and more information about the painter.

Alper Eyüboğlu, a member of the Board of Directors at TurkMall that helped start the display's world tour in Turkey, emphasized that the exhibition is for everyone from all ages.

The most important characteristics of the largest "Leonardo da Vinci Machinery Collection" are that the replicas in the exhibition are made of wood and metal, exactly like the original designs, and no industrial-type binding elements nor any screws were used.

These works, which have been created based on the original sketches of da Vinci, are sometimes in their original sizes and the replicas vary from 60 centimeters to 5 meters. 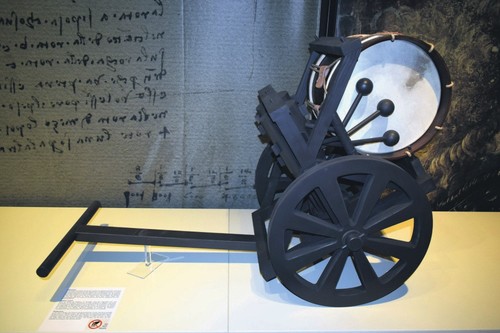 The replicas in the "Leonardo da Vinci Machinery Collection" are made of wood and metal, exactly like the original designs, and no industrial-type binding elements nor any screws were used.

The largest piece of the exhibition, and possibly the most important, is the replica of Haliç Bridge, which da Vinci wanted to build during the reign of Sultan Beyazıt II.

He wanted to build the largest, the most beautiful bridge in the world in 1502 and he sent a letter to Sultan Beyazıt II in this respect, however, the bridge was never built in Turkey. Instead, hundreds of years later, the bridge was built as an overpass in Norway in 2001 and is presented with ice models to draw attention to global warming at various places around the world.

With the mission of discovering art and history, the exhibition will also offer an education program for children. Children will be able to examine some of the works and machines in the exhibition on their own.

In addition, the works of Michelangelo, Albrecht Dürer, Giorgio Vasari, Donatello, Verrocchio, Giambologna, Raphael, Francesco Guardi and Canaletto, all from the Renaissance period, inspired by da Vinci are also being exhibited.

The exhibition also has a surprise in store for its visitors. Leonardo da Vinci's wax replica from Madame Tussauds Istanbul will be put on display for a month.

All portraits and works regarding the painter's look were researched and all historical visuals were examined in 360 degrees. Just for the draft of the wax model, 150 kilograms of clay were used and it took approximately 350 hours to finish.

What's more, art lovers will be able to experience the "Flying Machine" with 3D glasses. Flying from the Haliç Bridge over the skies of 15th century Istanbul, visitors will get a chance to enjoy a unique, once-in-a-lifetime experience.