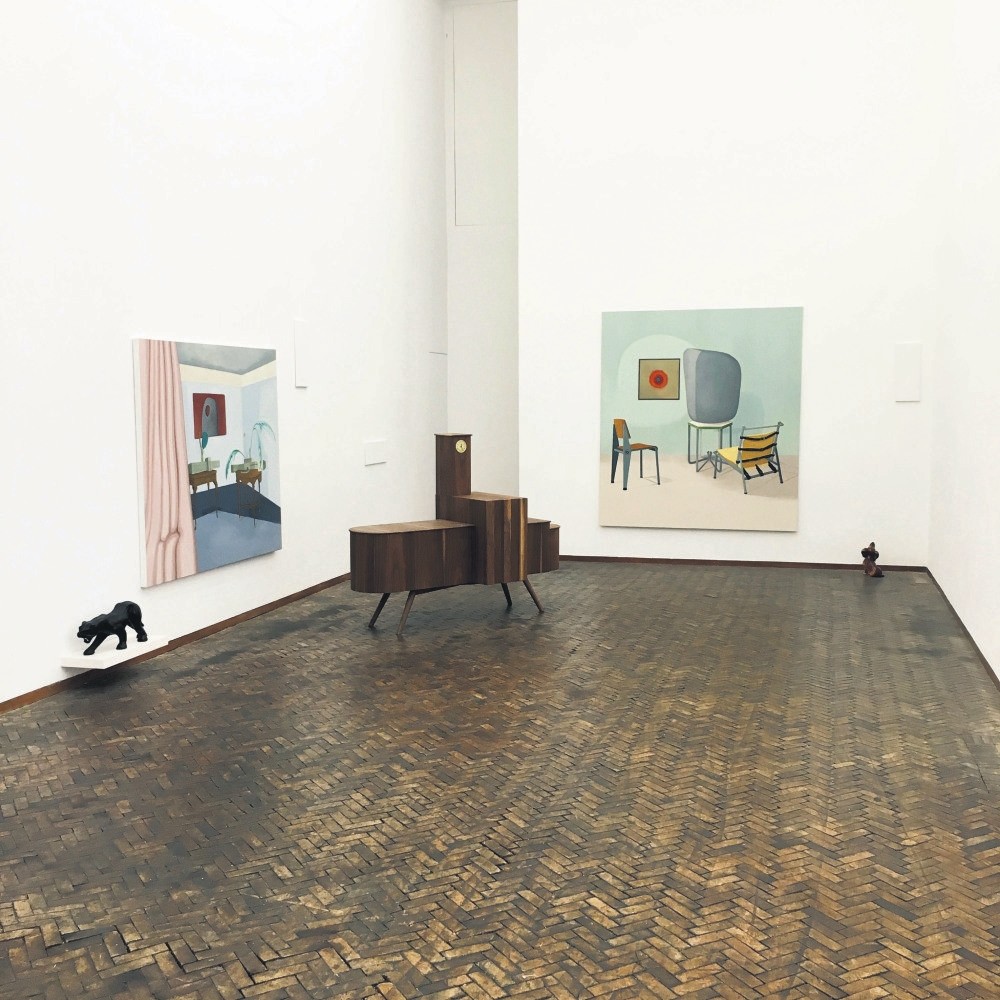 Akdeniz responds to the apparent relationship between the designs of early Modernism in Western Europe and the modernist form-language spread as the symbolic architecture of the then recently formed Republic of Turkey.
by Cihad Caner Dec 15, 2017 12:00 am

I realize that I often start my reviews as if I am doing a weather report for a country I have visited. Maybe it is my fondness for good weather or just because I am of Mediterranean descent. Amsterdam Art Weekend brings artful warmth to the Netherlands' cold Novembers every year. This year, two solo exhibitions by Turkish artists Yeşim Akdeniz and Leyla Gediz opened during the art-filled event.

The Gerhard Hofland Gallery in Amsterdam features Turkish artist Yeşim Akdeniz's solo show "Fidelity" until Dec. 23. In "Fidelity," Akdeniz responds to the apparent relationship between the designs of early modernism in Western Europe and the modernist-style language perpetuated as the symbolic architecture of the then-recently formed Republic of Turkey. 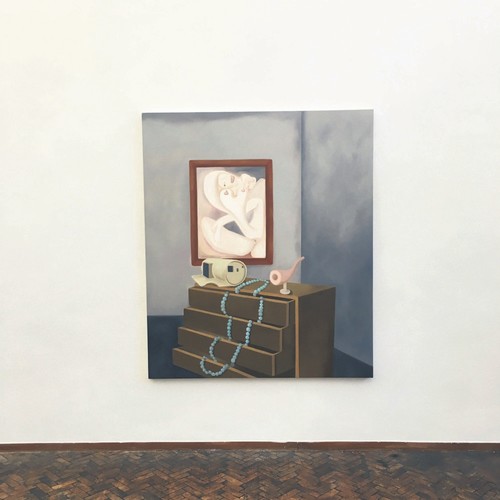 The painting of a night table of which every drawer bears a longish pearl necklace's parts somehow elicits the modernist ideology in Turkey that pushes the masses to make more modernist progress in their daily lives with radical changes.

The exhibition welcomes you with a large painting on the right side of the entrance depicting a nightstand with its drawers fanned open like stairs. What draws the eye is the pearl necklace snaking its way into and across the stair-like drawers, only giving hints of its beginning and end. Somehow the piece reflects the modernist ideology of Turkey pushing the masses to make more modern progress in their daily lives with radical changes. Behind the night table, a cubist figurative painting of women can be seen. With the painting, Akdeniz is indicating her inspiration, implying that this exhibition is revolves around modernism reflected in commodities, people and gender.

"Fidelity" continues with a Scandinavian-style television console table supporting a clock. Interestingly, the word "Turkey" is written on the inside of the clock. Right behind the television table, there is a painting of a building, which I think refers to Turkey because even the flag on the top of it is red. The painting with a red flag and the television table suggests the constructed identity of modernism and the eclectic structure of the early Turkish Republic. "These are the symbols of masculinity and culturally constructed male dominance or hopeful symbolism for a young country. So, while both forms of architecture emerged from a strong ideological background toward a more enlightened society, the local cultural embedding of both forms of architecture as forms of design and symbolic representation have been treated entirely different," the artist explained in the exhibition catalog.

At a certain point, through the sculptures that the artist has placed on the floor, the exhibition turns our attention away from the human aspect, redirecting it toward the commodities of the Anthropocene. "Humanity continuously designs and constructs without paying attention to nonhuman forces in such events," the artist wrote in the press release. "Fidelity" allows the objects to speak with us, while creating an interaction between each piece. It maybe that in the near future we will be able to discuss this trend of private property in the past tense. Most commodities live longer than their creators and consumers alike, even a simple plastic bag will outlive us all many times over. As commodities ourselves, even our vital organs can outlive us. Therefore, because every object that enters this world is a commodity, we need to realize that it is not our world, but theirs. "We dwell in the world of commodities and what's more, in the commodities world." For example in Germany, they produce more cars a year than newborn babies. And today, it would be difficult to deny that we have more intimate relations with commodities than we do with each other.

Akdeniz has excavated modern commodities by only working with nonhuman objects in the exhibition. If you happen to be in Amsterdam, do not miss this epic insight into the young Turkish Republic and the world of commodities that we live in.