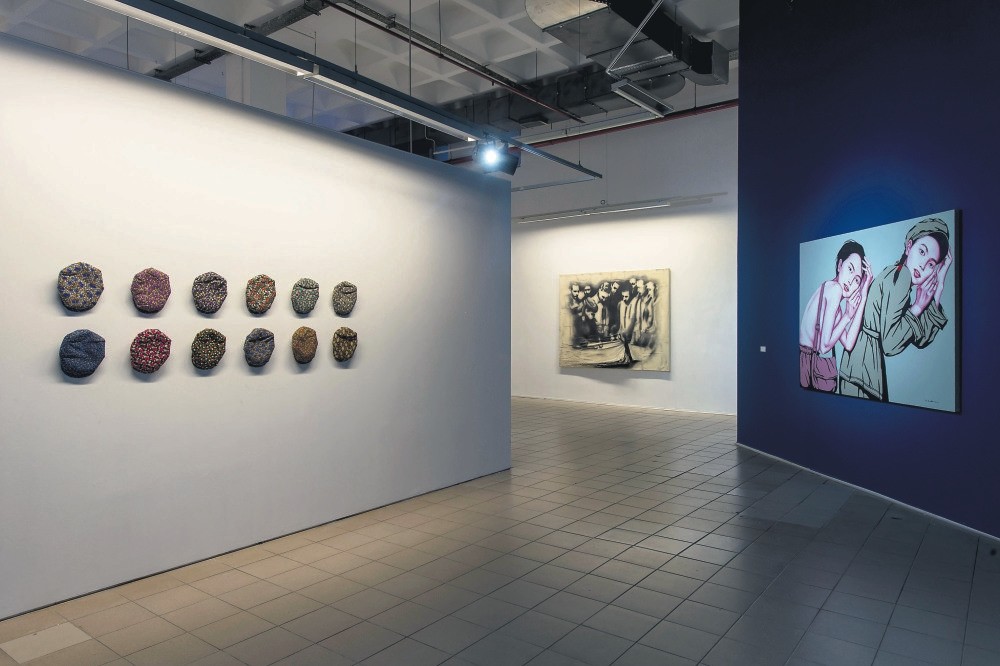 ‘In Fact: A New Selection from the Elgiz Collection' brings together intriguing work from Elgiz Museum's collection and explores models of representation and the post-truth era

On a recent weekday at Istanbul's Elgiz Museum, I watched "The Unspectacular," a nine-minute video by Volkan Kızıltunç. In it, various characters pose for the camera. Two school kids struggle to stand still and a young man poses proudly in front of his modest car. An elderly woman looks at the lens as her long skirt flutters in the wind. A child, whose hair matches the color of the wall in the background, seems baffled by the presence of the camera. Those figures attest to the importance of looking at length. They look at us as we look at them and urging interaction, a certain sense of wonder is born.

This 2012 work, for me, is the centerpiece of Elgiz Museum's new exhibition, "In Fact: A New Selection from the Elgiz Collection." According to the exhibition program, "'In Fact' focuses on the concepts of representation and the act of referring" and it investigates "the models of representation through the referred. How do we re-evaluate the increasingly impossible act of representation in the current post-truth era we face today; through constructed identities and the perception of social identity?"

This emphasis on the post-truth era and the models of representation is certainly ambitious. The somewhat dilapidated state of the exhibition galleries, however, stand in contrast with the powerful and mostly delightful works on display.

"The Elgiz Collection is a distinct collection due to its eclectic and authentic nature. The collection consists of many internationally recognized artists along with Turkish artists. There are works in various media, including Jan Fabre's beetles," Selin Turam, the show's curator, said.

Founded in 2001 by Sevda and Can Elgiz, the Elgiz Museum, initially known as "Proje4L," is dedicated to contemporary art, the first nonprofit institution to do so in Turkey. 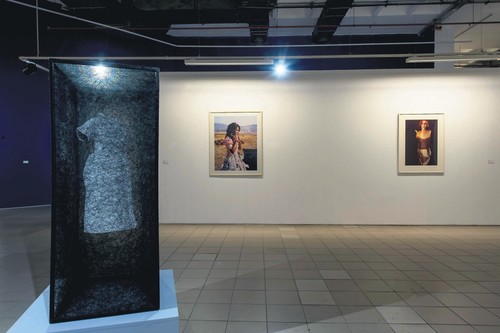 "Exceeding the limits of painting back in the '90s, the density of YBAs are noticed in the collection," Turam said. "The collection allows for conceptual approaches. Another very important element would be the large scale or three dimensional pieces, as the museum has a 2,000-square-meter open-air terrace situated on the rooftop of the museum. The sculpture exhibition takes place on the terrace as this space is allocated only for sculptors, installations and land art projects, like Andrew Rogers did in 2013. Recently a piece by Chiharu Shiota was acquired. Shiota represented Japan in the previous Venice Biennale. There is also a piece by Erwin Wurm, who was at the Austrian Pavillon at this year's Venice Biennale."

Large-scale pieces by Marianne Vitale and Stephen Balkenhol were recently added to ensure the three-dimensional aspect of the Elgiz Collection, Turam says. The family started by collecting internationally renowned artists Julian Schnabel, Sarah Morris and Jonathan Meesse. Beginning in the 1990s, they added other artists to enrich the collection, including Liam Gillick, Gavin Turk, Nan Goldin and Robert Rauchenberg. 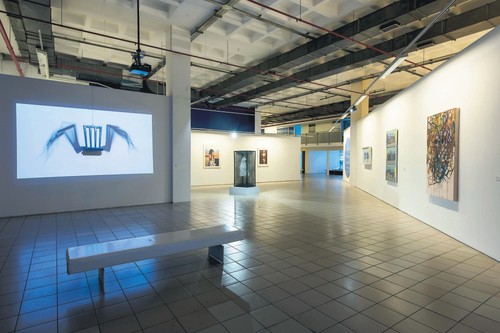 "It is truly a rare opportunity to see, for example, Volkan Kızıltunç's video work alongside Cindy Sherman's photography," Turam said. "The collection is distinct in its sense and ability of tracing back Turkish contemporary art history alongside the history of international contemporary art. The collection has the distinct ability to showcase all of these artists and notions of different art histories together, allowing for a much more elaborate discourse."

Hale Tenger, another Turkish artist represented in the exhibition, intrigues visitors with her 2005 piece, "Broken Record / Self-portrait." The label on the record, "Perpetual Motion: Keep on Dancing," adds energy to the curious composition.

"It is not an ordinary self-portrait," Turam explains. "As she often incorporates implied references from her life, we see a paradox in this work. On the one side, there is a photograph of a secondhand shop, with a sign on the door that reads 'Broken Record,' and on the other side a record, 'Keep on Dancing,' by Perpetual Motion, is spinning nonstop. This paradox and the almost impossibility of having a self-portrait is intriguing in terms of an almost impossible factual representation. If something is in perpetual motion, when would be the time to portrait? Unless we are portraying the flux, it remains a self-portrait that exists through referrals and their impossibilities."

"The artist decided to create a photographic series after this video. This piece is in the collection and the exhibition, where you can see the artist herself with a dress covered in Turkish liras as part of the marital tradition," Turam said. "This work astonishingly traces the limits of constructed identities. The title of the series is also intuitively informative."

Turk's rug, meanwhile, was first exhibited at his master's degree show at Royal College in London. Since his tutors found it meaningless, Turk did not receive his degree. In the intervening years, he has explored the concept numerous other times.

"The piece has been reworked over the years as a screen-printed plastic plaque in a limited edition of 500, as well as a hand-tufted rug, putting heritage at the feet of the viewer. But the piece that is in the Elgiz Collection is the original rug itself," Turam said.