'Migration is the crossroad of issues' 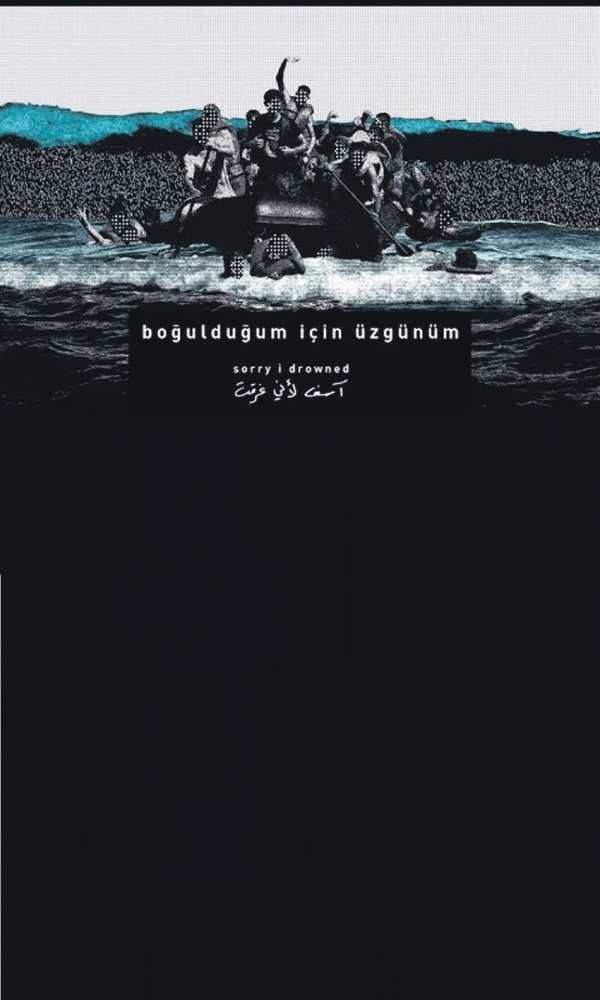 The international aid organization Doctors Without Borders and Beirut-based Studio Kawakeb has created a film, ‘Sorry I Drowned,' attracting attention to the issue of migration around the globe, and it was recently screened in Istanbul

"Sorry I Drowned," created by Doctors Without Borders (DWB) and Beirut-based Studio Kawakeb, was screened at the Which Human Rights? Film Festival recently.

The screening took place at Aynalı Passage in the Beyoğlu district of Istanbul. Yazan al-Saidi, from the DWB team, and David Habchy, one of the directors of the movie, answered questions after the screening.

Saidi said that DWB is active in more than 70 countries to provide humanitarian aid, especially to refugees and migrants. He described the issue of migration as the crossroads of many issues and problems in society from social gender to class. "We have an approach that touches all areas of social struggle, and the main struggle is to try to change the problematic politics," Saidi said.

He also said one of the new emerging changes and problems DWB observes is the rise in hostility, both in politics and in society. Even though DWB is an organization that conducts its activities on land, since 2015 it has been trying to reach out to migrants and refugees on the Mediterranean. "As doctors and also individuals volunteering for an NGO, we couldn't stand indifferent to the situation in the Mediterranean, which is not specific to the Mediterranean," Saidi said. He added that the same situation exists around the world in places such as Myanmar, Bangladesh, Honduras and Syria.

As Saidi mentioned, DWB has done something that is not usually expected from a professional medical humanitarian aid organization and shot a movie to oppose this course of events and politics.

Family and relatives of Saidi, who is also from Syria and was a journalist before joining DWB, also sailed on a journey of hope from Syria. To him, the movie is not just a communication and PR project, but something they all feel personally and are sensitive to. "This is also true for David. When we shot the movie, we received much stronger and more positive responses than what we expected," Saidi said. The movie was screened at many festivals around the world, yet according to Saidi, its job is not finished.

In addition to raising awareness about

the subject, the movie also aims to ensure that refugees and migrants are welcomed with dignity and respect and invite others to also strive for this.

Saidi said that the most important issue of the 21st century is migration. "We first need to be able to think and discuss this issue, and then rebel against any kind of xenophobia, object to anyone who says something negative about refugees and migrants. This is a valuable contribution to the cause. In addition, there are many national and international institutions working on this issue, anyone can join them."

Habchy said that the movie was created with long and meticulous efforts and the dotted areas in the animation represent the sea. "We used this technique to represent our emotions on the journey we set out on and our arrival to the sea as these feelings slowly cave in," Habchy said. The movie was shot with a different technique - the colors of the faces in the movie were removed in place of black and white. "Migration describes the condition of humanity at the moment, so we wanted to give a universal message. Migration can be experienced by many people simultaneously - it is not specific to a country or region. Therefore, we removed the colors, any specific features of faces, or anything local or regional from the movie," Habchy explained.