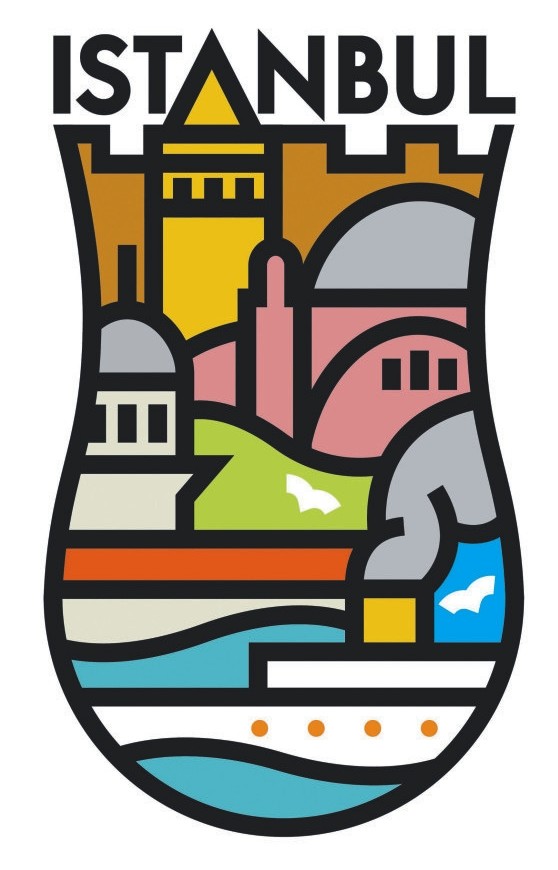 Istanbul Metropolitan Municipality's Culture Inc. recently held a competition for drawings and designs portraying the characteristics of Istanbul, and the three winners have their own creative perspective on the awarded designs

Young artists drew the antique city of Istanbul using their imaginations and hearts at the Fourth Hediyem Istanbul Illustration Competition that was held recently. Some of them reflected minimal Istanbul, some put the city into a heart shape, while others presented it with a tea glass. Here are the works that entered the competition along with their illustrators.

They dedicated their hearts to painting. Their journeys with drawing started in their childhood. Some of them continued in sketching, some blended oil paintings on canvas while others shone in the area of illustration. These young illustrators also took part in various competitions. One of these competitions is the Fourth Hediyem Istanbul Illustration Competition by the Istanbul Metropolitan Municipality Culture Inc. The competition aims is to reveal the illustrations that will represent Istanbul's cultural, historical, architectural and artistic structure. Three illustrations out of 172 works managed to enter the competition. 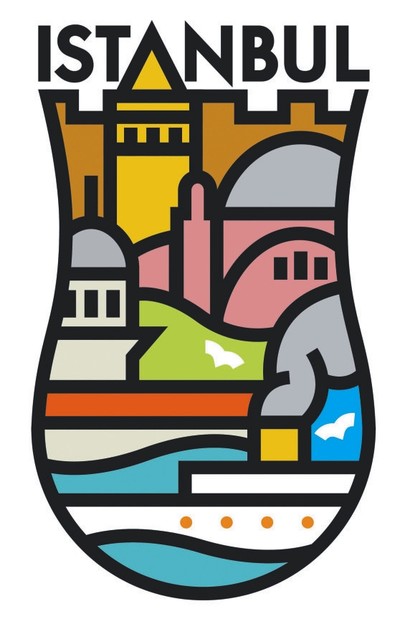 The winning illustration is "Minimal Istanbul." The illustrator is Mustafa Alcan. Alcan, 22, deals with mostly digital illustrations on portraits. Continuing his education at the Graphic Design Department of the Mimar Sinan University Fine Arts Faculty for two years, Alcan says he relaxes after a long day when he sits at the table in order to draw.

"There are many things to discover, and we need to live to find them. The idea of transferring an imaginary city to the virtual platform with cubic forms was something that I had in my mind for a while. I tried to protect the authentic structure of the city during the design process."

He also has a project about Istanbul, comprising of a comic in the 1920s. The young illustrator is hopeful for the future. He says: "I want to earn my living producing the comics that I write and illustrate. My other dream is to see film adaptations of my comics."

Joyous aspect of the city

Winning the second prize with a work titled "A Sip of Istanbul," Erhan Dursun, 33, graduated from the Graphics Department of Marmara University Fine Arts Faculty. Having worked as the art director at various prominent advertising agencies in Turkey for 10 years, Dursun continues his career as an independent graphic artist.

When he heard about the competition, he needed to look at the city from an outside perspective. "Istanbul is where I was born and raised. I still live in the city. The feelings that it creates are complicated with its good and bad sides for me. This is why I need an outer perspective. When Istanbul is mentioned, the historical peninsula and other important structures occur in everyone's mind. I used them, collecting them in the form of a tea glass with a little creativeness added. This is the pure joyous aspect of the city," said Dursun.

The third winner of the competition is Sevda Kaçtı's "Istanbul, My Heart." Kaçtı, 25, is a postgraduate student at the Graphics Department of Anadolu University Fine Arts Faculty. She generally works on illustration. Before her master's degree, she worked at many agencies and took a job in the design team of Eskişehir Liberation Museum as an illustrator. The city still has mystery for her.

"I visit the crowded streets, antique shops, galleries and take ferries in Istanbul during my short visits. I bitterly leave it every time, but my heart stays there. When I learned about the competition, I examined the map of the city as an excited and curious tourist. I used the shape of a heart to reflect the value Istanbul has for me. The patterns forming the heart comprise the most well-known places in Istanbul," said Kaçtı.

Ordinary life together with architectural elements 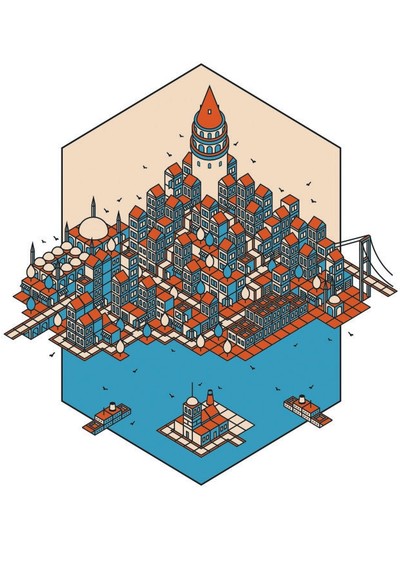 There are also some works that received honorable mention in the competition. One of them is young illustrator Deniz Yıldırım's illustration called "All Aboard Istanbul."

Yıldırım said: "The design includes typographic elements and Istanbul's symbols. I made a composition, making contact between the letters of the word Istanbul and these symbols. Architectural structures such as the Bosporus Bridge, Rumeli Fortress, Galata Tower, Topkapı Palace, and Maiden's Tower took a place in it along with ordinary things like a ferry, seagull and tea."