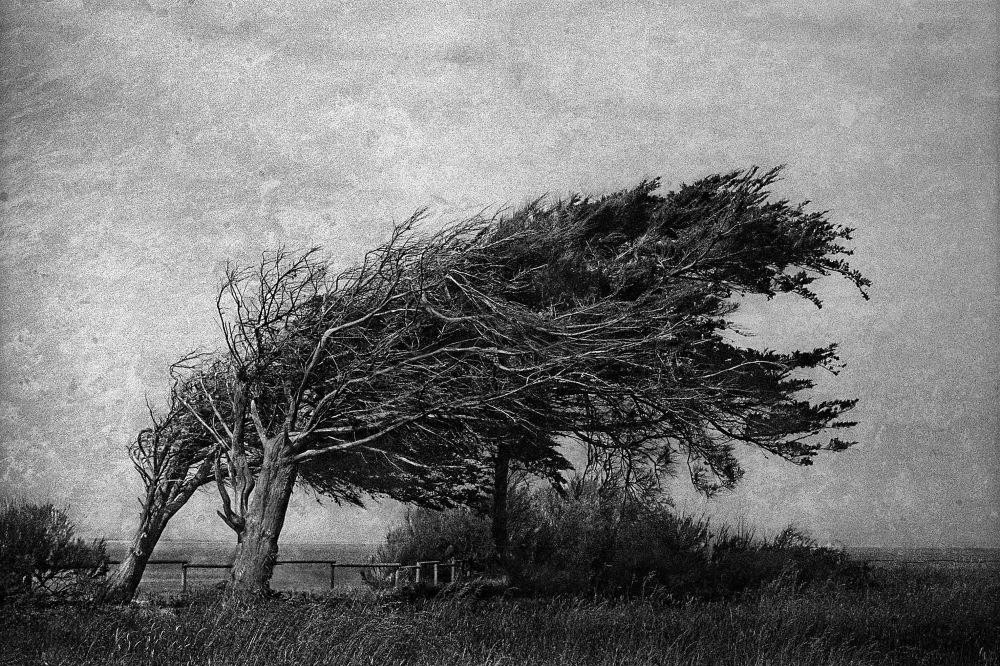 ‘Oculus,' the first solo exhibition of photographer Yusuf Sevinçli, brings together images that investigate the threshold between life and death

In Yusuf Sevinçli's "Oculus - Moscow 011," a cloud of smoke overshadows a street somewhere far away. A figure in the background wanders on the street, and there are shop signs here and there, creating a sense of the modern metropolis. But the cloud of smoke adds mystery to the scene. I returned to the image several times during my visit to "Oculus," Sevinçli's new exhibition at Galerist that continues until Jan. 27.

"Oculus, the exhibition's title, is taken from an old Roman architectural term for a small circular or oval window or the round openings found at the center of domes," Nick Hackworth explains in the exhibition text.

"Often an oculus allows a concentrated beam of light into an otherwise dark interior. The most famous of these is the one at the center of the dome of the Pantheon in Rome. In that extraordinary and ancient space, its function as a metaphor is clear, bringing the light of the heavens into the dim world of man. An oculus, then, is a threshold between a world of light and one of shadow. Sevinçli's images place us in that shadow-world through which light, meaning, and beauty pass fleetingly, out of reach and into memory."

In 2005, Sevinçli studied documentary photography in Sweden and his life changed. With his newly acquired technical knowledge, he began work on photography series, "Good Dog" in 2012, "Marseille" in 2014, and "Walking" in 2015. 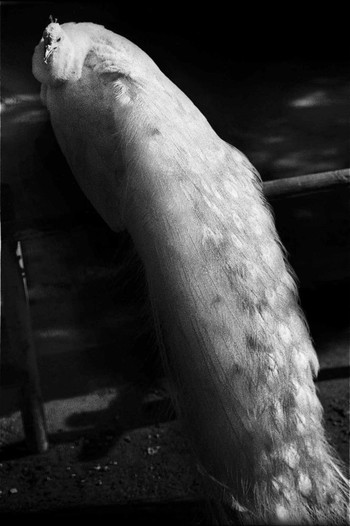 "I think Oculus, as an architectural form, is a wonderful technical solution for Roman structures, but I'm more interested in what it reminds me or awaken in me," Sevinçli said in an interview last week.

"It's this perfect circular shape which lets the light in. Oculus is referring to the connection between outside and inside. It's like a vacuum which sucks the light in, a bridge between light and dark, of memory which is this blurry border between remembering and forgetting, a threshold between life and death."

But Sevinçli is less interested in addressing the eye, the camera, or the camera obscura - for him, the "Oculus" is a poetic concept rather than an architectural form.

"It is the situation of being in between," he said. "If you look at the works at the show they are usually in between moments of just before or right after actions. And for me, this is photography: to compress and to stretch the element of time, to capture in between moments under one-two fiftieth of a second. That means something more than the reality itself and that ambiguity creates poetry."

There are, in this exhibition, numerous similar instances - a swan's reflection against the dark sky, the image of a girl with her eyes closed and her face illuminated, another kid looking at a staircase that leads to light.

"The works in the show were shot over the course of three years, with the exception of a few of them," Sevinçli said.

"These photographs were mostly shot in Turkey and France. Over the last few years, I had the opportunity to spend a long time in France and in some other countries abroad. But I always returned home to Turkey.

"France has been a place to breathe, while at home, in Turkey, the political climate has been relatively difficult. After a few years of intense shooting, I figured that in my photographs there was this mutual feeling of being on the threshold, again being in between. Traveling in between Turkey and France worked as the starting point for Oculus." 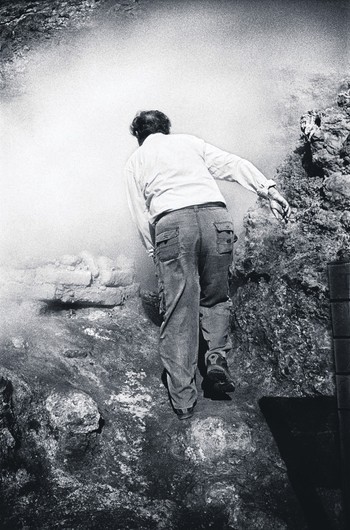 Hackworth, in the exhibition text, describes Sevinçli's images as a dream state. "Their key is ambiguity and immanence. Their wisdom is gnostic and esoteric. They transcend that peculiarly naive, modern and Western delusion that what we see is a picture of reality and truth. Instead, they se

em to capture fragmentary moments of the divine hidden in the continuum of every day."

Sevinçli described showing his work to the public as a big responsibility and said: "In my case, I think it's even more so because I always consider my photography as an intimate process. Revealing your intimacy is hard but necessary."

Exhibiting his work followed a three-layered process. After producing the images, Sevinçli

created a book, placed the images inside the gallery and finally created an installation inside a back room at Galerist.

"The back room installation, which is stuffed with thousands of works, old photographs, test and proof prints, was really difficult," he said.

"The idea behind it was to build an artist atelier, studio and a dark room without making a selection. I wanted to show as many works as possible and I wanted to involve the audience in my process. I wanted to invite them to my life."

For Sevinçli, capturing the images is the easier part of the photographic process.

"Very often I have my camera with me and I shoot a lot of images of my daily life using analog cameras.

"And then there's the darkroom process and editing, which are more important. Using analog technics gives me the chance of looking at myself from a distance, I look at my photographs and see and remember what I have been through, my experiences, encounters, observations. It is like a mirror and it's really challenging, looking at oneself and trying to find out what is out there."