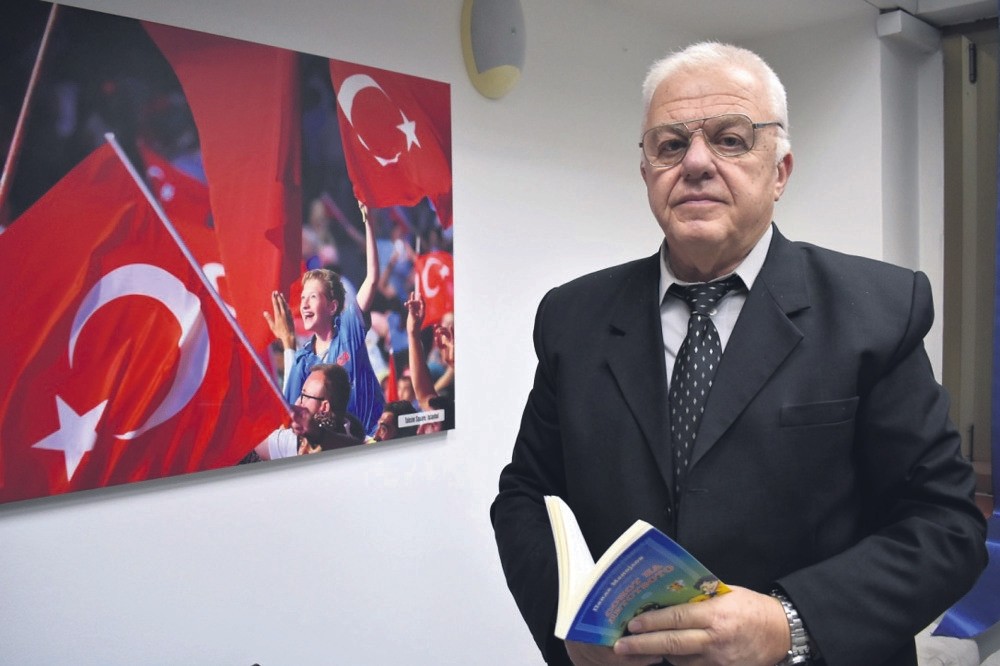 Pande Manojlov aims to create awareness about the injustice being done to Palestinians through his poems and writings.
by Anadolu Agency Jan 04, 2018 12:00 am

Macedonian poet Pande Manojlov, 69, is quite sensitive about what is going on in Palestine and shares poems on social nteworks, reaching many people's hearts

I carry Palestine in my heart, Macedonian poet Pande Manojlov, who has written poems expressing his love and affection for Palestinian people, told Anadolu Agency.

Manojlov, who is also a writer, critic and journalist, said he tries to encourage sensitivity about the Palestinian cause by sharing his poems and writings on social network platforms.

Despite the fact that he lives in southwestern Bitola town of the country, he said he could not stay calm following recent developments in Palestine.

The suffering of the Palestinian people, who have been subjected to repeated violence of Israeli security forces, has led to calls for ending of their persecution. Worldwide campaigns have been launched to express solidarity with Palestinians.

The 69-year-old poet says he aims to create awareness about the injustice being done to Palestinians through his poems and other writings.

Even before the recent rise in tensions between Palestinians and Israelis, the Macedonian poet has been writing about the Palestinian cause.

His first poem on Palestine was published in 1982 in a newspaper in Macedonia.

The poem, which was also translated in Arabic, recalled the tragedy that took place in the Sabra and Shatila Palestinian refugee camps in Lebanon.

"I cannot forget the mass genocide of the Palestinian people."

About the current volatile situation in Palestine, he said: "I cannot really stay calm after watching what is happening in Palestine these days. I cannot accept the fact that a person who only held a Palestinian flag was killed...or that a 16-year-old girl has been sentenced to two years in prison for carrying the Palestinian flag."

Manojlov has written hundreds of poems dedicated to the Palestinian people, including Flower of Freedom, Let God be the judge, Agri, Do not touch Jerusalem and Palestinian old man.

In Flower of Freedom, Manojlov wrote about the young Palestinian girl Ahed Tamimi who has become a worldwide sensation for her activism and bold stance in the face of heavily-armed Israeli soldiers. 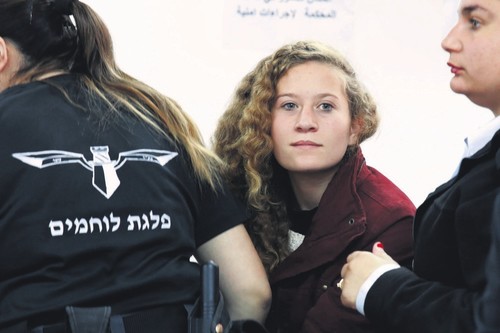 An Israeli court Monday ordered the teenager and her mother Nariman to be kept behind bars for an additional eight days. However, videos and pictures of her confronting and slapping Israeli soldiers have been viral for weeks.

Describing the link between his own life story and his poetry, Manojlov said he had befriended Palestinians and Arabs in Croatia's capital Zagreb during his college years.

His great grandfather worked in Palestine and had also told him about the Palestinian people, Manojlov said, adding he could never forget what happened in Palestine due to his friendships with Palestinians during his student years.

Manojlov said his country shared the common destiny of Palestine.

People should not be discriminated according to their religious beliefs, he said.

"Please respect the rights of all people. While the Western world respects animal rights, it forgets human rights, on the other hand. I do not understand that.

"The rights of every individual living in the world must be respected."

On Dec. 6, U.S. President Donald Trump recognized Jerusalem as Israel's capital, drawing condemnation from across the Arab and Muslim world and sparking angry protests across the Palestinian territories. Since then, at least 15 Palestinians have been killed and thousands injured in clashes with security forces in the West B

ank, East Jerusalem and Gaza Strip, according to the Palestinian Health Ministry.

He also voiced his support for the victims of violence in Syria.

"I cannot accept what is happening in Syria and the fate facing the Syrian people. They are Muslims, our brothers and sisters."

The poet also expressed his love for Turks and shared that his stories and poems had been published in Turkish.

Manojlov recalled his ties with Turks living in Porodin village, where he was born, and the surrounding villages of Kremenica and Mecitli.

He said he had many Turkish friends there back then whom he loved like his own brothers.

"My soul hurt when the Turkish population started to migrate from those villages and my father expressed the same sadness. Because we lived like brothers and we were helping each other in agriculture."