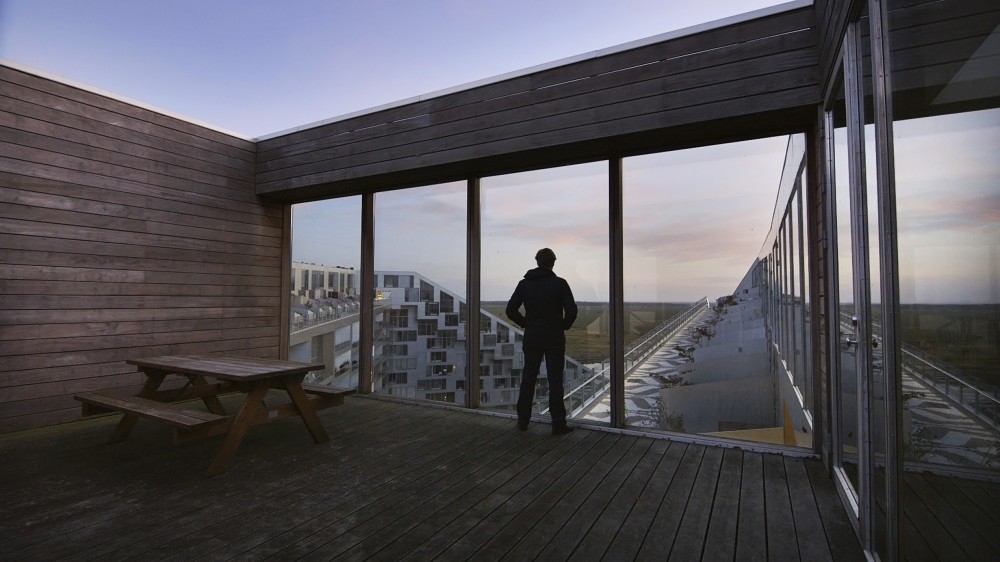 Pera Film's latest program, ‘Silence and Light,' pays homage to Louis Kahn, his legacy and the impact of his architecture on cinema and it runs from Feb. 2 to March 4

Presented as a part of the "Re/framing Louis Kahn" exhibition at the Pera Museum, the "Silence and Light" program includes documentaries and feature films concerning Kahn's works and the art of architecture. The first documentary is "Silence and Light," focusing on some of his most esteemed works.

"My Architect: A Son's Journey," represents the complicated genius of the artist through a personal journey. Peter Greenaway's "The Belly of an Architect," a drama on life, death and architecture, was nominated for the Palme d'Or at the 1987 Cannes Film Festival. "Sidewalls," one of the fiction movies, is about the disconnection and missed opportunities in modern city life. Paying unique homage to the city of Buenos Aires, writer and director Gustavo Taretto reflects on the silver screen how new technologies can unite and alienate people in the urban rush. Another documentary, "The Human Scale," questions our assumptions about modernity, while at the same time scrutinizing what would happen if we place people in the center of our equations. "Cathedrals of Culture" asks the question "If buildings could talk, what would they say about us?" and provides six surprising answers. This project, in which six directors contributed their visual style and artistic approach, shows how these landmark buildings reflect our culture and protect our collective memory. Designed as a personal video diary, the documentary "Infinite Happiness" deals with ideal housing and presents a positive picture as a result of design inspired by communal living.

Directed by Michael Blackwood, this documentary, the first to examine Louis Kahn's works, was shot right after his death in 1974. Released in 1996, the documentary focuses on the Salk Institute in La Jolla, California, the Kimbell Art Museum in Fort Worth, Texas, the British Art Center in New Haven, Connecticut, the Philips Exeter Academy Library in Exeter, New Hampshire, the Indian Administrative Sciences building in Ahmedabad, India, and parliament buildings in Daka, Bangladesh. Kahn's footage and voice recordings enrich the documentary while touring Kahn's buildings.

My Architect: A Son's Journey

Kahn's son Nathaniel Kahn, who directed this documentary, tells his own story of touring the world to reconnect with his deceased father in a heartbreaking and humorous manner, starting in the men's toilet at Penn Station where his father sadly lost his life alone and taking viewers to the jumbled streets of Bangladesh, then to the most secluded sanctuaries of Jerusalem's politics and incredible meetings of world-renowned architects. This documentary, which includes all the emotional elements of a fiction drama, depicts Nathaniel's journey, evolving from questioning identity to celebrating art and life.

The Belly of an Architect

American architect Stourley Kracklite, played by Brian Dennehy, and his young wife Louisa, played by Chloe Webb, arrive in Rome to examine an exhibition created for the 18th century French architect Etienne-Louis Boullee. Stourley complains of a severe stomachache but is indifferent to his pregnant wife, who finds solace in the arms of the extremely charming Caspasian Speckler. Peter Greenaway's "The Belly of an Architect" focuses on a very unusual object, the belly, both the sick belly of an architect and the belly of a pregnant woman. With rigid symmetrical images, the movie refers to the spherical structures of Boulee, who couldn't complete most of the dream project he designed with round forms. Shot in Rome, this ironic fable brings problems of artistic creation to the screen with a witty style. 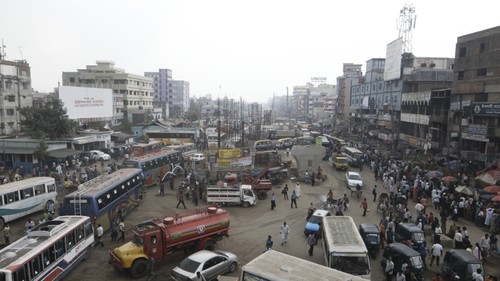 Gustavo Taretto's "Sidewalls" is a clever romantic comedy that describes how the dense urban texture affects society and people by using the inner and outer architecture of Buenos Aires. When both public and private spaces are under the shadow of mediating technologies and art applications, this can both unite and alienate people, just like the windowless sidewalls or "medianeras" of residential towers uniting and separating the residents of the city at the same time. Mariana, the female protagonist, a young architect, designs shop windows, a job that is creative, yet condemns her to loneliness. She yearns for real friendship, other than the dummies. Finally, she meets Martin, a web designer and occasional dog walker, who is trying to get rid of his phobia, making life harder for him.

Half of the world's people live in urban areas, and this number is to increase to 80 percent by 2050. Life in mega cities is as problematic as it is charming. Crude oil production, climate change, alienation and serious health problems are at our doorsteps now. Danish architect and professor Jan Gehl examined human behavior in cities for 40 years, documenting how modern cities and humans interact; he claims he can design these cities by considering people's need for inclusion and intimacy. The question remains the same whether you are in the financial district of New York or in the slums of Dhaka: Can the city make us happy? What makes a good city? Directed by Andreas Dalsgaard, "The Human Scale" brings together international urban planners, architects and philosophers who are seeking answers to these questions.

Directed by esteemed directors Wim Wenders, Robert Redford, Michael Glawogger, Karim Ainouz, Margreth Olin and Michael Madsen, "Cathedrals of Culture" is about the soul of buildings through six iconic and different buildings that speak for themselves, examining human life from the perspective of human-made buildings. These six directors contributed to the project with their unique visual style and approach and show us that buildings are physical manifestations of human thought and action: the Berlin Philharmonic, an icon of modernity; the Russian National Library, a kingdom of thought; Halden Prison, the most humane jail in the world; the Salk Institute, a groundbreaking science institution; the Oslo Opera House, a futuristic combination of life and art; Centre Pompidou, a modern cultural machine. The movie investigates how these landmarks reflect our culture, while preserving our social, collective history.

Designed as a personal video diary, the movie, directed by Louise Lemoine and Ila Beka is actually an architectural experience. It takes us to the heart of a contemporary housing complex deemed an example of success in today's modern world. The residents of the giant "8 House" project, created by Danish architect Bjarke Ingels in a Copenhagen suburb, share their personal and subjective experiences living in this vertical village experiment, which received the "Best Housing Complex of the World" award in 2011. Designed as a Lego game, the movie offers a collection of life stories interconnected to the building. Through the human maps it creates, it takes viewers inside the most intimate locations in the building, while questioning the architect's ability to create social happiness by showing the surprising results of this new social model of the 21st century.