Veteran Turkish actor gets reflex reactions for his Trump role 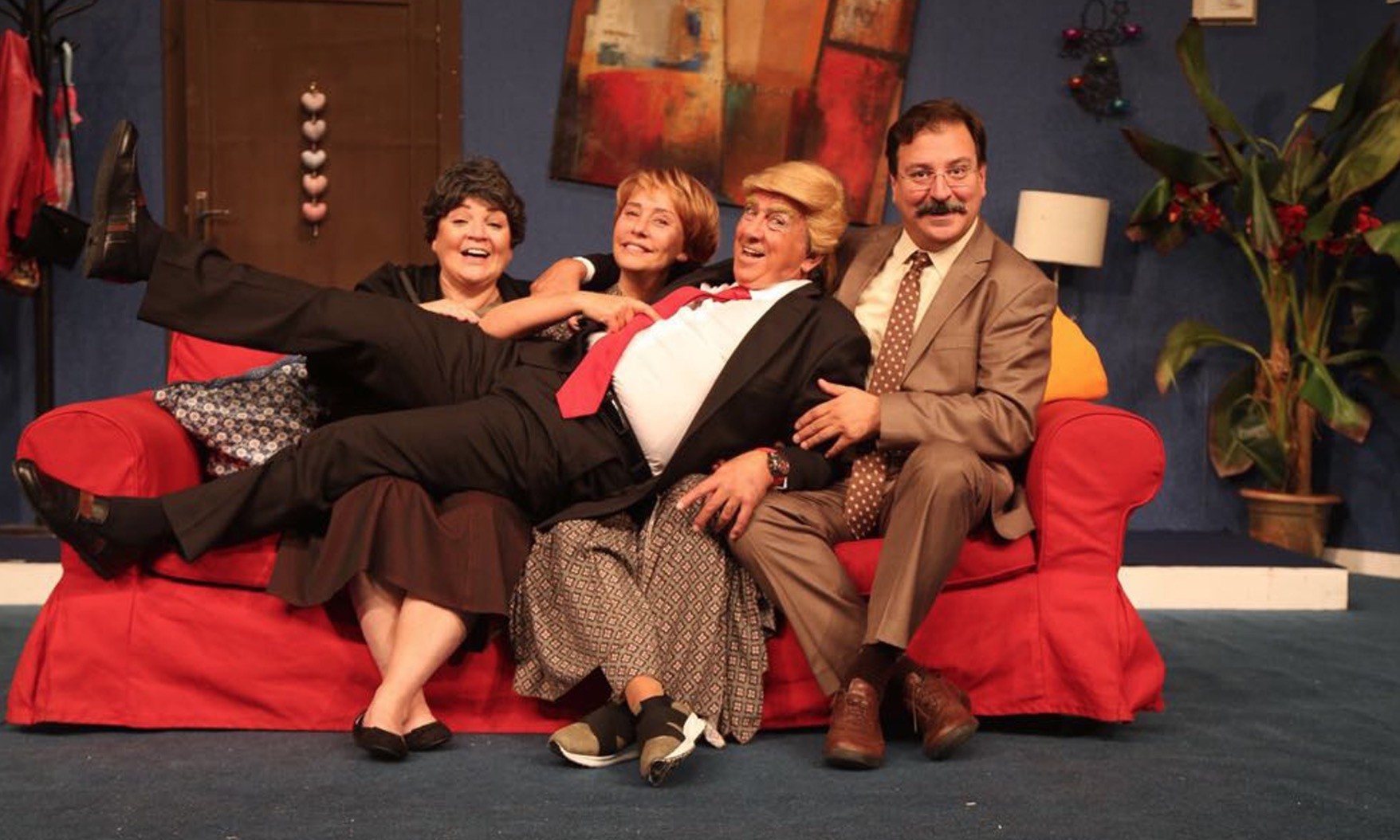 Once saying that the stage was the only way of salvation for him, Erhan Yazıcıoğlu has recently been getting reactions from spectators for his Donald Trump role in the play titled ‘Aşk-ı Memduh'

Born in 1954 in Istanbul, Erhan Yazıcıoğlu met theater at an early age with the guidance of his literature teacher and it quickly became the "light of his life" for years to come. It was evident in high school that Yazıcıoğlu was going to be special, especially after he drew his teacher's attention while they were reading aloud "legends" such as the Iliad and the Odyssey.

Although his father Muhsin Yazıcıoğlu objected to his fondness of theater, he never stopped dreaming of being an actor with his teacher's support. He took his first step on a professional stage as a walk-on in the Istanbul Municipal Theaters at the age of 17. After his father watched him on stage for the first time, he was quite surprised and decided to support him both materially and spiritually. "My father was my most important fan," Yazıcıoğlu said.

The actor said he got better and better in time with the support of his family and he won a leading role in only his second year of theater. Throughout the years, he has taken on a countless number of roles in several plays until he finally retired. The master actor also appeared on both TV and the big screen and he dealt with dubbing for a long time.

Noting he succeeded because of his stability, principles, family life, fondness for his children and love attachment around him, Yazıcıoğlu highlighted the importance of being honest. Thinking honesty brought the love of spectators to him, the actor says he overcomes any difficulty with this love bond. 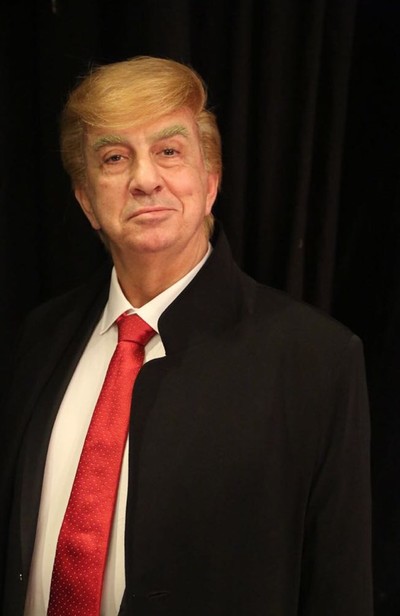 Erhan Yazıcıoğlu has recently made a comeback with his play titled "Aşk-ı Memduh" (Love of Memduh), where he acts out the role of U.S. President Donald Trump for a few minutes. Aşk-ı Memduh is a funny but realistic play focusing on the relation between two characters named Canan and Memduh. While Memduh is a sensitive man who has been jilted by his wife, Canan is a modern woman who is alone but strong. When Canan's hysteric mother and a love doctor are included in this relationship, everything gets out of hand. Erhan Yazıcıoğlu, who establishes interactive dialogues with spectators during the play, manages to grab attention with his portrayal of Donald Trump.

When spectators meet Trump in the play, which has been onstage for a while now, they are usually surprised. Among them, there are some people who throw napkins on the stage, in protest of Trump."The spectators are surely

angry with Donald Trump himself, not me. They are aware of what he did. This awareness actually makes me happy. This means people are interested in what happens in Turkey and the world and follow the latest developments. If they weren't, they wouldn't react in such a way. Therefore, I enjoy it a lot," Yazıcıoğlu said in an interview with Neşem Yaşar.

Trump has gained prominence with his problematic views in the matters of immigrants, – especially Syrian and Mexican – Muslims, black people and women's rights in his domestic policy. Recently, the U.S. president has drawn reactions from people around the world with his stance on the Israel-Palestinian conflict. He became the target of not only Muslim and Turkish people but also the United Nations after he declared the recognition of Jerusalem as Israel's capital.

Explaining that he has gotten many messages asking how he dares play this role, Yazıcıoğlu said that he is an actor and behaves like he should. "The Anatolian people react to the role as a reflex. Therefore, I don't take offense. Our spectators in the U.S. also give similar reactions. They laugh," he said. "I think especially the youth should be aware of everything and deal with their country. Today's world isn't like the world in our childhood. We have unbelievable and changing technology today. The youth have to be concerned with the whole world and they need to think about how the developments in the world will affect our country. I don't interpret the reaction of spectators negatively because of these thoughts."

Although he has drawn most of the attention with his portrayal of Trump, Yazıcıoğlu's real role in the play is a character named Aşkın Sevgi Seli. He is a love and relations doctor in the romantic comedy, aiming to make people laugh. He said that they decided to add Trump to the play during rehearsals. The play was being put on stage at Trump Towers in Istanbul. This was why the director of the play, Bora Severcan, offered to add the role.

Yazıcıoğlu talked about bringing examples from world classics to the stage and mentioned their upcoming play "Cabaret Chekhov." "We don't only stage comedies. Cabaret Chekhov includes both irony and comedy. This time we want to present something more artistic. We will play it with a cast of five people and our director will be Severcan Yazıcıoğlu," he said.

Anton Chekhov is a playwright and short story writer who has a critical perspective of the world. He mostly focuses on class distinction and reveals the issues that peasants and aristocrats can come to term or cannot. "We are trying to stage a collage from Chekhov's four important works, stressing the irony and comedy of the writer. The collage has been prepared by our director and we will present it with pleasure," he added. After a productive life in art, Yazıcıoğlu has completed his 50th year in theater. He is preparing another play titled "İnsan Olmak Zor Zanaat" (Being Human is a Difficult Talent), which will crown his golden year in theater. Putting his life story on stage with this one-man play, he will present some examples from his previous plays and what he has experienced through his career and how he improved.