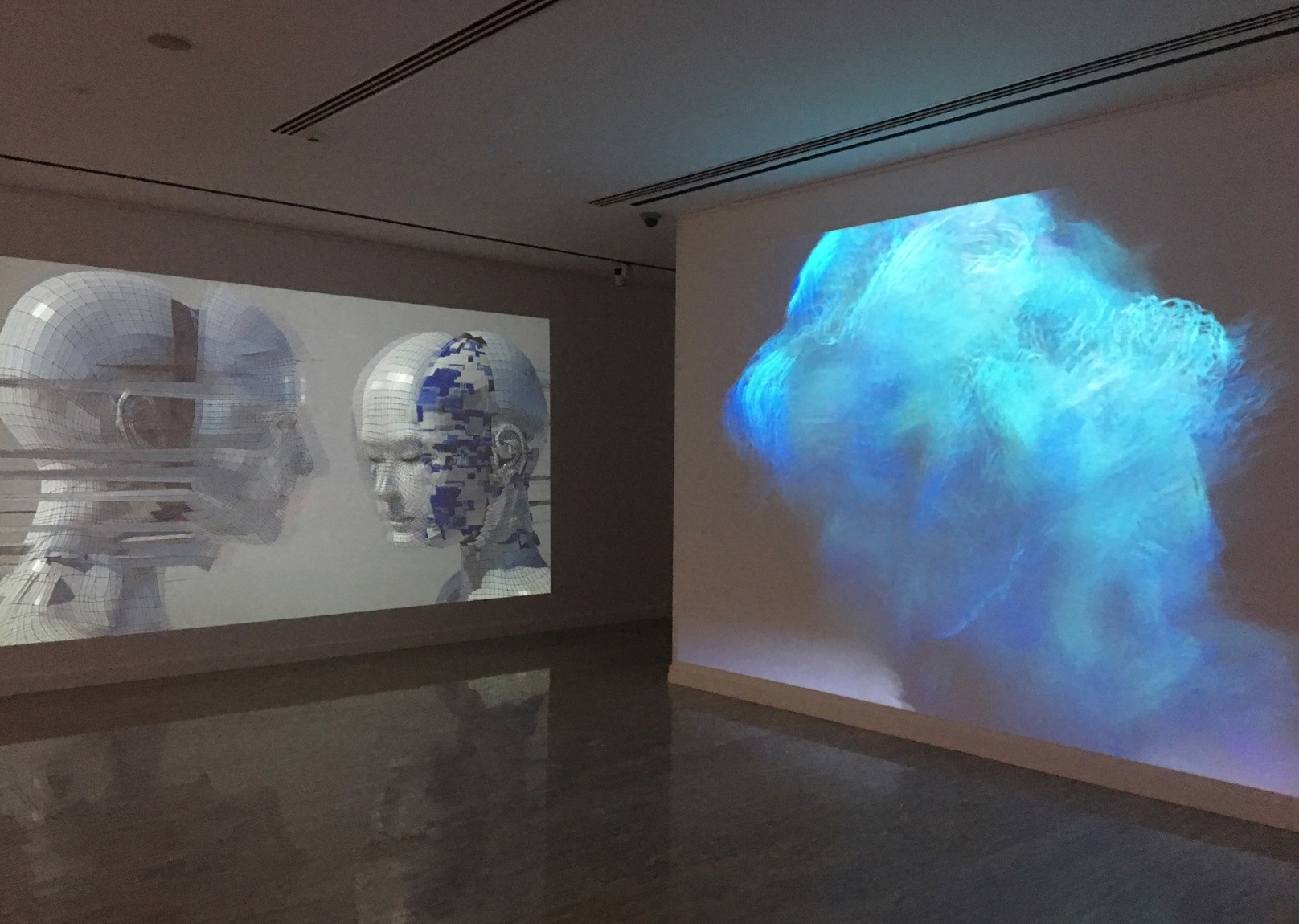 It is only a few stops from Taksim Square to İTÜ Ayazağa on the metro beneath the core spires to the outlying towers of Istanbul in upscale Maslak, where Orjin Sanat hosts a glitch in the status quo with the ‘Noise' Digital Festival seamlessly interwoven into the synthetic devices of the corporate world

How did computers become so irresistibly attractive? The centrality of the digital world leapt from the hard realism of science to the soft machinations of culture. It first crept from the bulky and cryptic monochromes of the mechanical past to the sleek and shiny multiform spectrums now increasingly personalized and mutually developed according to the primacy of the individual. Every passing quarter on the tech company's yearly calendar hits closer to home. The unavoidable question of the 21st century remains unanswered. If the forms of media are merely tools and means, what is the purpose of it all? In other words, where is this going?

An even more charged inquiry wonders how people are so lured, almost unwillingly at times, in semi-conscious states of social pressure and instant gratification to the point of identifying with screens wired for the superhuman power of virtually infinite information transfer. Controversy surrounds the idea of a force, even a metaphysical entity on the other end of the digital universe that practically transfixes the entire world. Waylaying humanity at its current, evolutionary crossroads is the eerie "Noise" not unlike silence that resounds in the presence of the dominant enigma following such unexplainable self-examinations. When logical reasoning fails to capture the prevailing sense of direction presaged by modernism and the nuclear age, enter artists, who are unrestricted in the realms of boundary dissolution as the world and everyone in it becomes increasingly and enchantingly digitized.

Considering the novelty and potency of very recent technological leaps, present-day lifestyles are understandably defined by mass immaturity. As a result, general procrastination and utter bafflement characterizes the oversaturated deployment of media and its effects, concentrated in the private lives of adolescents the world over, a dissemination the African-American professor Cornel West referred to as "weapons of mass distraction". Among the late 20th century generation of public thinkers espousing cautionary tales and mind-boggling fascinations on the subject independent of formal academia and the normative cultural establishment was the author Terence McKenna, who spoke eloquently with references to history and mathematics about the mysterious attractor that he called "the transcendental object at the end of time".

Space Debris founder, artist and curator Seyhan Musaoğlu is a keen and charming guide for those curious enough to trespass the unseen border where the manifest constructs of the present overlap into the singularity, where the causes for contemporary life are sourced not in the past, but in an intelligent, though not necessarily anthropocentric, future. She leads across thoroughfares over former streams now blinded with the rush of traffic and under countless, towering, glossy windows refracting blades of sunlight between colossal, oblong edifices. Turnstiles and escalators give way to assembly-line food courts descending underground to blank, polished hallways muted by glass walls where white collars sit and stretch on backless sofas for smartphone staring contests. Previously only hosting modernist art exhibitions in the level -2 art gallery at Orjin Maslak Business Center, fellow artist Mert Keskin, who exhibits at "Noise" under his alias Haydiroket, collaborated with Musaoğlu to transform the foundations of the prevailing commercial complex into a space for profound creative reflection on the business of postmodern identity and simulated experience.

On display until Feb. 17 and featuring 31 artists, many enjoying international prestige in the varying fields of digital art, such as the Canadian new media artist Lorna Mills, the Japanese video innovator Yoshi Sodeoka and the award-winning internet artist Tom Galle, the "Noise" Digital Festival is the first exhibition of four at Orjin Sanat, which will encompass three upcoming themes, namely Water, and Meat in two parts. Musaoğlu took her inspiration for the trilogy from the writings of Douglas Kahn, who focused on audible aesthetics in his MIT Press book, "Noise, Water, Meat: A History of Voice, Sound, and Aurality in the Arts". In his introduction, he distinguishes sound from noise with his acute studies of the cultural histories and social ecologies in which they emerge and are heard, recognized, named, adapted, disrupted and developed. 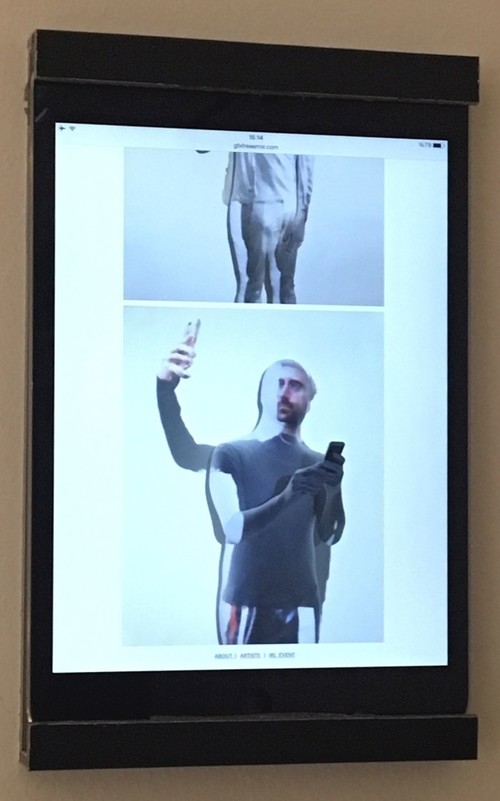 "Selfie Series" by Tom Galle is a popular point of reflection for contemporaries appreciating the rise of internet art.

Musaoğlu and Haydiroket extended the curatorship of "Noise" from the online-exclusive, digital art biennial The Wrong, which in its third year held the show GFX Free Error at Space Debris from Nov. 1, 2017 to Jan. 31. Its core philosophy revolved around the notion of defect as an art reference, a recurring concept and unfortunate experience that is all-too-familiar in the technology sphere. "Noise" features some of the same artists, such as the Belgrade-based Milos "Sholim" Rajkovic, celebrated as "The Freaky GIF Head Guy" by Vice in 2014 and the motion designer, VFmt specializing in such arts as 3D environments and experimental animation. "Workaholic" by Sholim is projected at Orjin Sanat in apt circumstances as it evokes the din of rusty cogs run by a homunculus exercising a brain inside the disemboweled skull of a suited office worker. 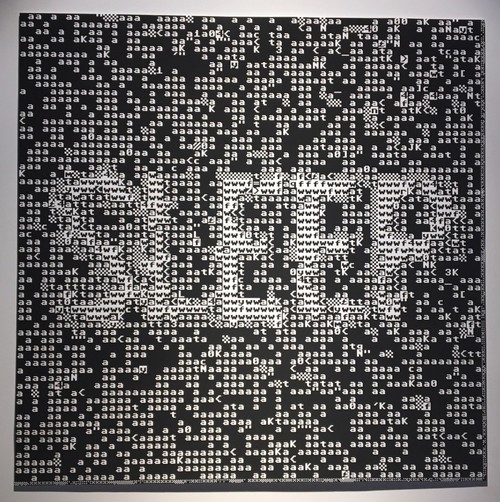 Noise curator Mert "Haydiroket" Keskin exhibits his digital print, "Sleep ASCII-Ordered" as a comment on the metaphor of sleep as a computer function.

"We show works that illustrate the development of digital media history. You see works that are depicted on analog TV screens, which are glitchier and more pixelated, to very HD quality animations and 3D modeling. GIF is one of the major streams that made digital art widespread on the internet. It was very accessible and everyone could use it. From there it was introduced to contemporary art circles. It's still very new, as we know," said Musaoğlu as she walks about Orjin Sanat deeply immersed in the "Noise" of her curation, often traveling from downtown where her Space Debris currently hosts more organic subjects by the painter C.M. Kösemen. "The artists are mostly well known in their fields. Ages vary widely. The exhibition, in general, talks about the iterations and reflections of us as beings in the digital world. It's a range of representation on personas and how people choose to represent themselves and interact. In the midst of constantly flowing images, we stop and ask, "'Who are we?' 'Do we exist only within our virtual personalities or do these digital identities free us more?'"

"Selfie Series" by Tom Galle is shown on a mini tablet touchscreen where viewers interactively scan through the works as they would on a social media platform. He has a sharply critical eye for the smartphone aesthetic, objectified for all of its pure indulgence in the shared fantasies and collective consensus of computerized identity. There are political metaphors at hand in such creative media criticism, comparing the guise of democracy as nothing more substantial than the whip of red fabric before a charging bull, as the voting public is skewered and humiliated before the multitudes of abstainers. It's placed diagonally across from a video "Untitled" by Jacques Urbanska and Franck Soudan, which is networked to a server to generate imagery that never repeats itself, emitting an endless stream of everything from war-torn Iraq to a rotating multi-armed excavator over a barren construction site.

"The virtual self starts controlling you when it's supposed to be you wanting to represent your best. Information is constantly fed to us and it seems that we're controlling that information, but we're not," said Musaoğlu standing before the digital print, "Sleep ASCII-Ordered" by her curatorial collaborator Haydiroket, whose "Standard" triptych at the window facing the entrance to Orjin Sanat grips the eye immediately with its swimming hues over the sculpted face of Apollo in the foreground of a basic grid alongside his antique visage reprogrammed into form through raw pixelated computational language. "The representation of oneself becomes that digital being. As it loops it creates this trance effect. That's the artist. In each 'Noise' there is a reflection of us."