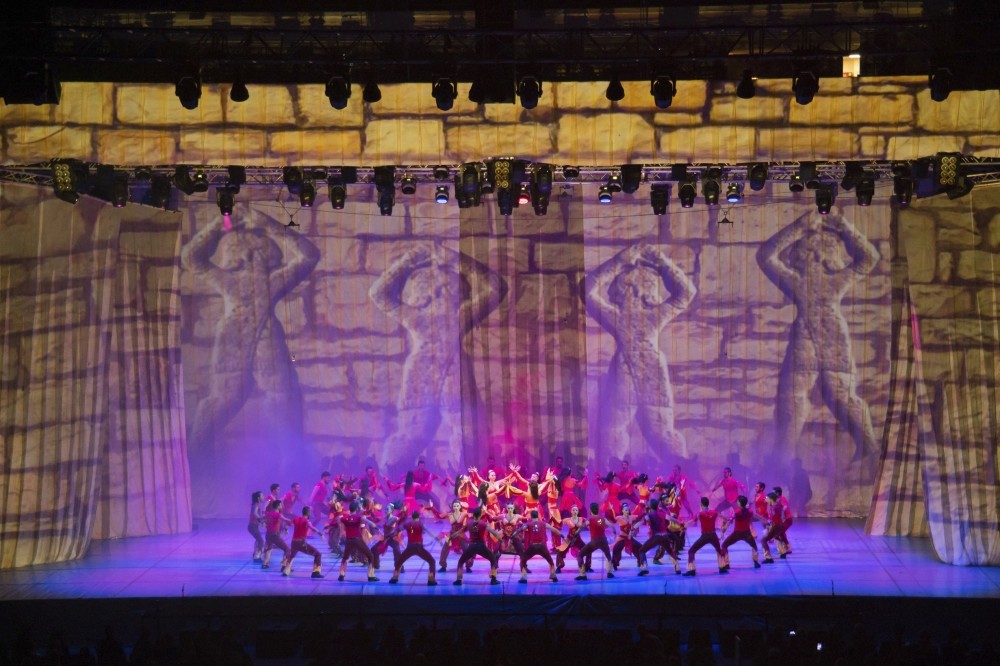 Fire of Anatolia will take the stage in countries on the Silk Road, mainly Kazakhstan, Turkmenistan and China.
by Anadolu Agency Feb 13, 2018 12:00 am

Seen by more than 45 million people in more than 100 countries, the Fire of Anatolia dance group is now planning on a performance series on the historical Silk Road

Reaching 45 million viewers in more than a hundred countries, the Fire of Anatolia Dance Group prepared the "Silk Road" project to draw attention to the Silk Road lying from Europe to China.

The premier is planned for Antalya in July, and the dancers will take the stage in countries on the Silk Road, mainly Kazakhstan, Turkmenistan and China.

Speaking to Anadolu Agency (AA), Mustafa Erdoğan, the general art director of the group, noted that they would be following in the footsteps of their forefathers. "We will include the story of how Turks came and settled in Anatolia, following the footsteps, the commercial roads and how they interacted with local commerce and culture in our show," said Erdoğan.

Noting that this will be a road story in line with the history of the Silk Road from the past to today, Erdoğan said starting from China, the show would visit each country the road passes through, while at the same time reflecting the cultures of those countries. The musical texture of these countries will be included in the choreography, and there will be dancers from Kazakhstan, Turkmenistan and China. Erdoğan described the project as a multinational, colorful and multicultural, and the group is hoping to premiere at the Aspendos Theater in Antalya. The group will be rehearsing in China.

Erdoğan said they would be putting on special showings of "Troy" in giant, renowned halls in European capitals, as 2018 has been declared the "Year of Troy" by UNESCO. The group has performed more than 5,000 shows, reaching over 45 million viewers. The group can perform in different cities simultaneously, and after their performances in Ankara on Feb. 9 and 10, the group started a Balkans tour, stopping in Serbia, Bosnia and Herzegovina and Hungary.

Along with Berlin and London, Erdoğan noted that they will also perform in the Kremlin Palace in Russia in coordination with the Ministry of Culture and Tourism. "Troy is a new musical. Its music and choreography have been renewed. There is great interest in it. We want to open the season in the capital of tourism in Antalya. Our practices continue, and we want to have a show every week," said Erdoğan.

He said they have performed the most in China and are hoping to contribute to the culture and art life of Antalya. "Our performances in Antalya are viewed by more than 5,000 tourists a year. We are hoping to increase this number. Instead of the cliche parts of tourism, we are hoping to highlight how important the world of culture, art and entertainment is. Like how we used to visit London for a musical, they also come to Turkey by purchasing a ticket for the shows of Fire of Anatolia. We worked really hard for this over the past 12 years," added Erdoğan.