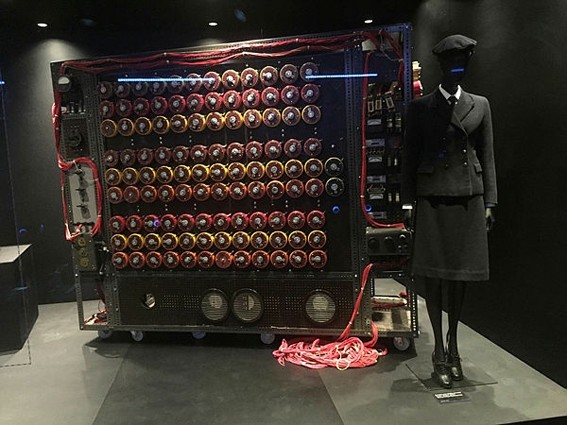 The u201cbombe,u201d a code breaking machine developed by a group of British mathematicians, is on display at the Spyscape Museum in New York.
by Feb 19, 2018 12:00 am

New York may already be crammed to breaking point with culture and tourist attractions, but on Friday the city added another feather in its cap: Spyscape - a new museum giving visitors a taste of life as a secret agent.

Rooms are devoted to major periods of espionage history, such as the British cracking of the Nazi Enigma code during World War II, and the museum displays an original model of the so-called "bombe" designed by Alan Turing to help do so.

It also features documents related to U.S. double agent Robert Hanssen, who passed secrets to the Soviets from 1979 to 2001, and U.S.-born Virginia Hall who supported the French resistance during World War II.

The interactive exhibits give visitors the chance to test out their own espionage skills and pass through a series of challenges. "It's also a personal journey to discover your own inner spy," said Shelby Prichard. He said the museum offers a more contemporary perspective than the International Spy Museum in Washington, with sections on hacking and cyber warfare.

"It's optimized for teens and adults, but we think that smart kids are really going to enjoy it too," the chief of staff said.