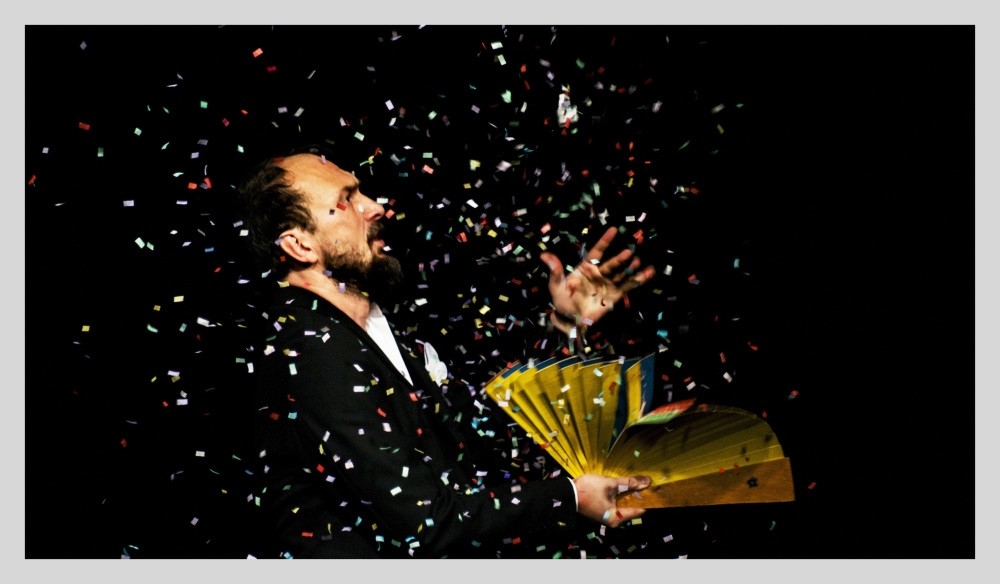 Bomontiada ALT, a hub for energetic concerts, movies and plays, has prepared a new program for March that guarantees entertainment

It'll be a jam-packed March with A Corner in the World X bomontiada ALT. Its diverse program will be welcoming Seyyar Sahne's "Dirmit" on March 2, "Trom" on March 3, Onur Karaoğlu's "The Theory of Light" on March 7-10, Seiba Anlatıcları's "The Voice of Fairytales" on March 14, Kubilay QB Tuncer's "Magic Sessions" with Kubilay QB Tuncer on March 16 and MishMash International Theater Company's "Romeo & Juliet" on March 24.

A Corner in the World started out as an independent festival to bring together artists from Turkey and its surrounding regions and in May 2017, it became bomontiada Alt's resident curator. 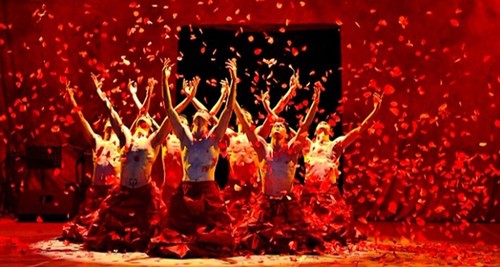 Bomontiada Alt will host the sixth edition of Contemporary Dance Talks in Turkey with Tuğçe Tuna.

In collaboration with Başka Sinema, bomontiada ALT will show "Samsara" on March 4, "Son of Soul" on March 9 and "White Band" on March 18. "Amy" will also be shown on March 25 as part of Garanti Jazz Green, which introduces audiences to jazz-themed movies on the last Sunday of every month.

"Illusion in Art and Art of Illusion," "Lounge Meetings: New Texts and Other things," "Contemporary Dance Talks in Turkey with Tuğçe Tuna" and "Plak&Play" are some of the other events on bomontiada ALT's March calendar.

One of the newest events in bomontiada ALT is "Workshop Children: Colorful bomontiada with Stop Motion" where children can bring stories to life through play dough and stop-motion animation. Another one is "Exhibition: Opening of Example Behavior" designed to examine the relationships, situations and actions of individuals in relation to their social interactions.

"Dirmit" tells the story of the youngest daughter of a family who has moved from a village to the city while "Trom" focuses an actor's obsession with life and the game Under the Table. The "Theory of Light" details three journeys through the obligatory aspects of life and depicts how seemingly insignificant moments often add to the future.

In "Voice of Fairytales," Seiba Narrators invites participants to the world of fairytales and myths.

Also included on the schedule is an interactive show of magic and comedy, "Magic Sessions," with Kubilay QB Tuncer, a show that has been performed from Sydney to Las

Vegas for almost a quarter century.

"Samsara" lacks the traditional dialogue and text cues usually used to interpret films. Instead, it transports the audience from juxtaposed locations, including sacred sites, disasters, industrial complexes and natural wonders.

"Son of Saul" focuses on two days in the life of the Jewish slave Saul who is forced to work in a concentration camp.

"White Band" is the story of families formed by youngsters, barons, priests, doctors, midwives and farmers on the eve of World War I.

"Amy" is based on the heartbreaking life of Amy Winehouse by bringing her life to the screen through her own words. Including newly released archival footage and songs, this striking and heartfelt movie shines a light on her real life.

At bomontiada ALT Lounge's monthly Plak & Play event visitors can play whatever records they like. Choreographer and art director Beyhan Murphy will be the guest of the sixth "Contemporary Dance Talks in Turkey with Tuğçe Tuna," sharing her experiences starting in the '90s with the Ankara State Opera and Ballet (ADOB) and Istanbul State Opera and Ballet (İDOB) Modern Dance Societies.

Kubilay QB Tunçer will host "Illusion in Art and Art of Illusion" with two experienced magicians, Nedim Güzel and Tansal Kaya. The play "IPHIGENIA," translated into Turkish by Ferdi Çetin, will be at World X bomontiada ALT, as will "New Text and Other Things," featuring Yeşim Özsoy with the cooperation of GalataPerform and Yeni Metin Yeni Tiyatro.

Bomontiada ALT, famous for its events featuring world-renowned figures from both Turkey and around the world, is turning into a platform where the new artists can meet, share experiences and create.

With a program shaped by A Corner in the World this season, bomontiada ALT will provide a stage for innovative works that establish bridges between performance and visual arts through sound and a variety of materials. Tickets for the events can be purchased on Mobilet.com or through the Mobilet iOS and Android applications.