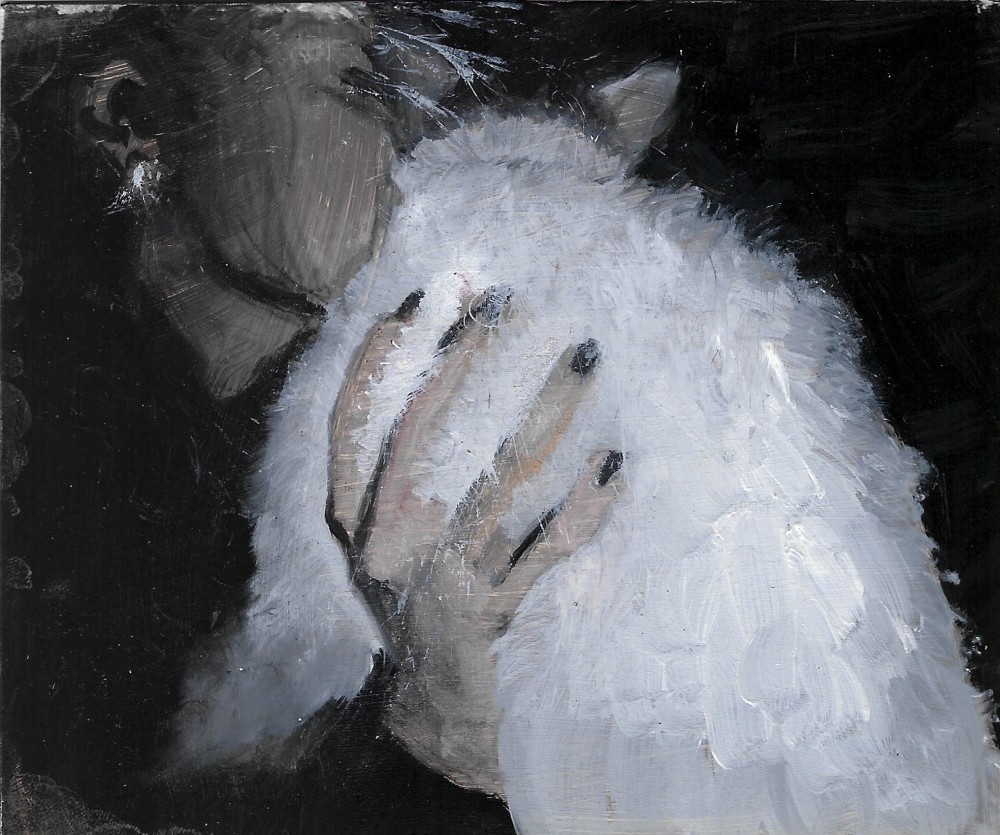 KRANK Art Gallery is hosting Zeynep Beler's solo project "Beachcomber." The exhibition consists of works realized during the artist's residency program in Düsseldorf, North Rhine-Westphalia, where she was invited to stay between Nov. 1 and 30, 2017, as well as a selection of her recent works. As Beler's recent works display her interdisciplinary approach to production, in terms of materials and technique she is inspired by a broad horizon of interests covering a range from literature, philosophy, the internet and science.

"Found objects wash up on the shores of my computer. Tin cans and old tires mix with pirate's stuff. The buried treasure is really there, but caulked and outlandish. Hard to spot because unfamiliar, and few of us can see what has never been named.

I'm looking for something, it's true.

I'm looking for the meaning inside the data.

That's why I trawl my screen like a beachcomber - looking for you, looking for me, trying to see through the disguise. I guess I've been looking for us both all my life." Jeanette Winterson says in her novel "The Powerbook."

Taking its name from Jeanette Winterson's "The PowerBook," published in 2000 and telling the tale of a fantastical journey in cyberspace, all the artworks included in the exhibition Beachcomber, which means "a vagrant who makes a living by searching beaches for articles of value and selling them," present an overabundance of texts, cityscapes, streets, figurative images gathered at spontaneous moments, and details from personal life demonstrating that as well as materials and techniques, life itself could also evolve into an artwork by being processed through recycling and by being subjected to a sort of upcycling.

In her series and individual works, the artist diminishes the dominant characteristic of the photograph by constructing symbols from frames that could be considered unusable and to a certain extent waste, while also proposing to overcome the seriousness of life by showing its contradictory aspects. While this universe of images that arouses a deep curiosity on the part of the viewer is composed as the constituent parts of a narrative, there is a strong sense of balance among the forms that could be discerned between the lines.

Although living in an intense sphere of visuality and in a data cloud, that is to say, in The Information Ageas, as an individual, it is possible to read in the finalized forms of the works of art that she brings artistic practice "closer to" life in a multitude of ways from her means of drawing inspiration to her attitude toward production in the realm of contemporary art. Transporting such an exceptional production in her generation into the space of the gallery with "Beachcomber," Beler weaves a vigorous "network" with found materials, photographs that she took, oil paintings and various other materials that allows her to take a peek into the details of everyday life. In fact, simply put, this is nothing other than a representation of the artificial memory that everyone is creating with their smartphones and carrying with them wherever they go. This network composed by the artist, that evokes the framework of memory in the eyes of the viewer through a visuality detached from its primary meaning and function, actually generates a loop as she utilizes the classic format of painting. This is a loop that is somewhat vague but filled with details familiar to us all, which gradually obscures and blurs the boundaries of life and art. We stare at the things that leak from the gaps between everything that the great waves of memory and life bring. Beachcomber could be viewed at Krank Art Gallery until 17 March.

Born in Ankara in 1985, Beler graduated from the Department of Graphic Design at Bilkent University in 2007. In 2010, she completed her master's degree in Photographic Studies at Leiden University. She participated in the artist residency program of Borusan Art Center between 2010 and 2012. The artist, also known for her translations, attended workshops and residencies, such as "Middle Town: Picturing the Unspectacular" and "AiR Turkey-Scandinavia Connections." Some of the exhibitions she has recently participated in include "Habitat," "Greetings from Now On: Territories of Commitments," solo exhibition "Writing Remains," and "Tree, Simulacrum, Sea, Moon." Beler lives and works in Istanbul.