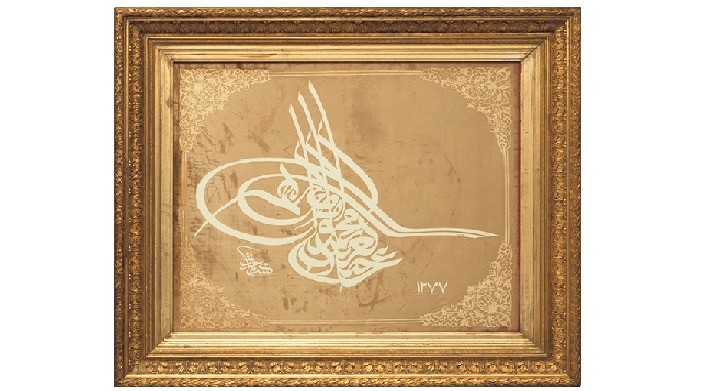 The exhibition, titled "On the Track of Our Civilization," includes a wide variety of Islamic artwork, with some pieces being shown for the first time.

Under the name "Day for the Ambassadors," the Traditional Islamic Art Gallery opened its doors to diplomats in Ankara.

Czech Ambassador to Ankara Pavel Kafka said that he was pleased to receive an invitation to the exhibit, as he is interested in traditional Islamic art.

"I like art in general and of course calligraphy as well," he said. "It's not only about religion it's also about art, and what is very important as well in cultures among people is dialogue."

Kafka said that the exhibit aimed to connect dialogue and art, as it is important to "promote cultures creating a better understanding of each other."

The ambassador said the Czech Republic also has traditional Islamic art exhibits as they "enrich the public."

"You can look at it as part of your religion but also if you look at it as a piece of art, even people from different cultures and religions appreciate it," he said. "This is the beauty of art, of calligraphy which I really like."

Lithuanian Ambassador to Ankara Audrius Bruzga also thanked the organizers for the invitation.

Bruzga said that as someone from a Christian tradition, the guidance through the different art pieces helped him to understand Islamic art and showed its rich variety.

An extraordinary piece by calligrapher Levent Karaduman, which includes the whole Quran in a gigantic artwork measuring 4.10 by 2.35 meters, was featured in the exhibit.

It took Karaduman a year and a half to finish the piece.

Speaking to Anadolu Agency (AA), Er said that the gallery is a great opportunity to show the importance of the Turkish art of calligraphy and bring it closer to people.

Er - who has done calligraphy for 26 years - said that in recent years the interest in calligraphy has grown both in Turkey and abroad.

He added that he has also taught international students calligraphy, including young people from Cuba and Taiwan.