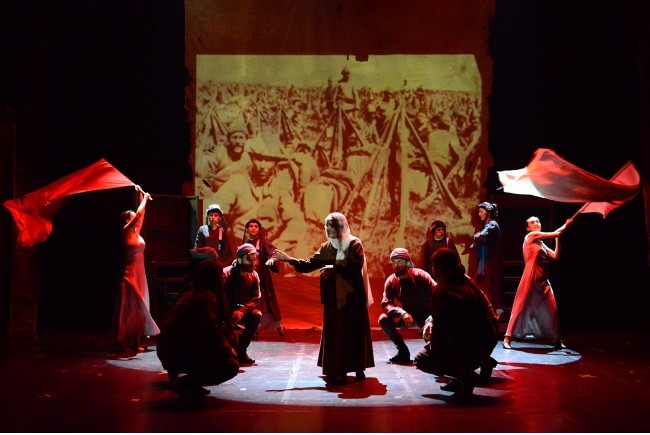 The Directorate General of State Theaters will perform the play "Mehmet Akif" near the Turkish border to boost the moral of soldiers assigned to Operation Olive Branch and the people of the region.

According to a written statement, "Mehmet Akif," which tells story of Turkish national anthem author Mehmet Akif Ersoy, will be performed in Hatay province on April 4 and in the district of Samandağ on April 5. The play will be open to the public and free.

Cahit Çağıran, the director of the play, explained in the statement that they felt it was necessary to commemorate, understand and reinterpret the period of the War of Independence on the 97th anniversary of the national anthem. Çağıran continued: "In these hard times when our nation is practically struggling for independence, state theaters have a connective and supportive duty. May God be with our soldiers."