For more than six decades, Tayyip Yılmaz, 88, has looked at Edirne in western Turkey through the viewfinder of his camera, shooting nearly 100,000 photos and making a visual archive of the city and its natural beauty for future generations.

An artist and photographer, Yılmaz has documented the thriving border city since 1958, and has photographed all the historical and tourist spots in Edirne with a goldsmith's meticulousness. 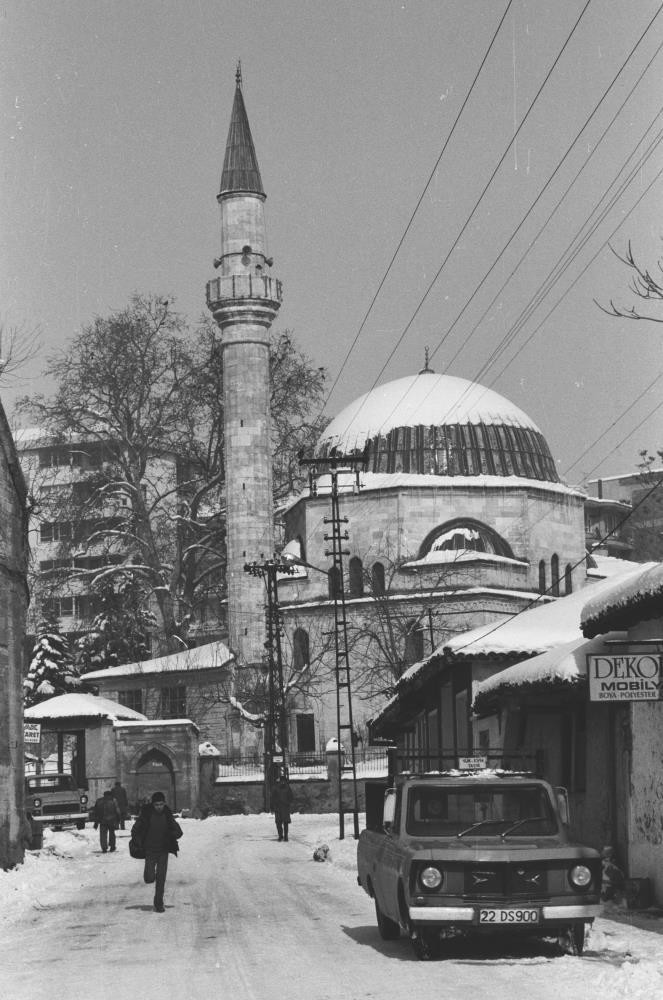 Yılmaz is a regarded resource for the city's history. Keeping pace with technology, he now takes pictures with a digital camera.

A former art teacher, Yılmaz told Anadolu Agency (AA) that he worked as a teacher in different parts of Turkey before arriving in Edirne in 1958.

"I liked everything about Edirne. I am an art teacher by profession but I am also interested in photography, so I learned its technical aspects. In Ankara, we had a teacher named Şinasi Barutçu. He was educated in Germany and printed one of the first color pictures in Turkey. He helped me a lot. He often examined our photographs and I got the thumbs up," he said.

"Photography is a great passion for me. In my archive, there are 100,000 black-white and color photos. My wife tells me I work like I'm in charge."

"If I don't have my camera with me when I see a beautiful place, I go thbackjust to take pictures. I still paint and take photos. I have 30 cameras. I donated five of them to the Edirne Museum. I also donated 150 documents about machines, paintings and photos. This is my passion. I do it without expecting any admiration."

Taking photos a love and passion

"If you look at my files, you can see panoramic paintings and photos dating back to 1865. I also have a photo archive documenting Kırkpınar wrestlers from the Ottoman period to present day. I also have some photos of destruction in Edirne."

"Most of them are like documents. In my archive, you will see the Selimiye Mosque, Üç Şerefeli Mosque, Eski Mosque, Ayşekadın Mosque and Dar'ül Hadi Mosque. I have been preparing an album for the Selimiye Mosque, designed by Mimar Sinan. Restorers want old photos from me to help them with restoration works at these mosques. When they ask me, I find the necessary photos and give it to them," Yılmaz said.

Photography is Yılmaz's love and passion. He contributed 22,000 photos to the Prime Minister's Directorate General of Press and Information. These photos were later transferred to digital media. He said he has some photographs documenting the establishment of Trakya University.

Yılmaz's paintings and photographs, some dating to his childhood, have been exhibited at different local and international exhibitions.