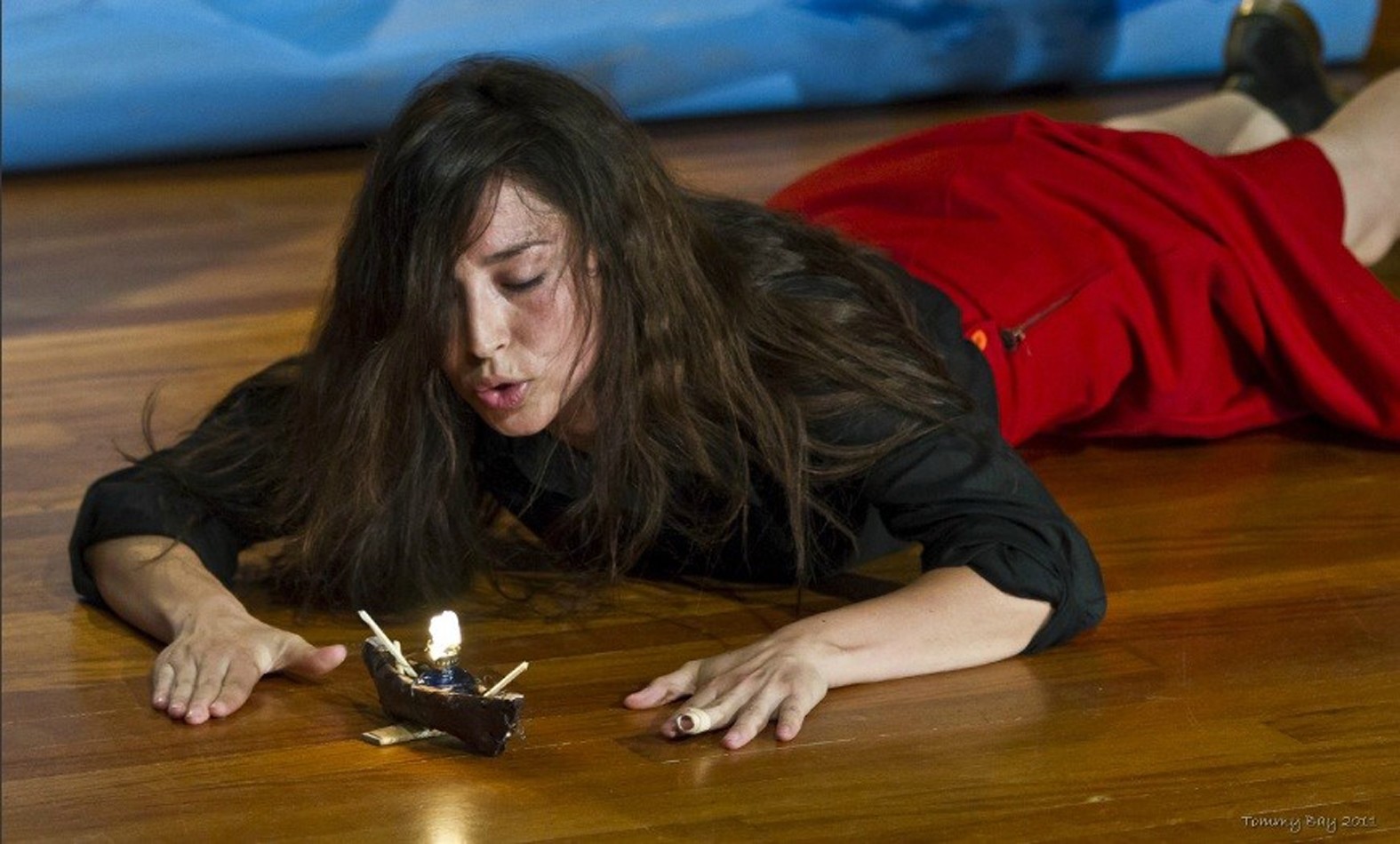 Carolina Pizarro, an actress at the Odin Theater in Denmark, where Eugenio Barba was a founder of, is in Turkey shortly for her two-day long "Action-Body-Energy" workshop that took place in the weekend and the play "Tierra De Fuego," or "Land of Fire."

With her play "Tierra de Fuego," she will meet with Turkish theater audiences on April 10 for the first time.

The play is about a journey to the dream lands by a woman; to the lands where memories are planted, where the fire continues to burn. The story refers to the past and present of Chile from the points of view of three generations of Chilean women, who chose or are forced to travel. But for all of them, the journey means transformation. There is no difference between the past and the future. Every journey on earth embraces a deep feeling of living.

A grandmother and her granddaughter fly a Chilean flag on the land they will be building a house on during the era of Salvador Allende. During the tyranny years after the military coup of Augusto Pinochet, the daughter digs a deep hole in the backyard and digs everything such as a uniform, papers and anything that can be related to the Communist Party. She grows a tree on the memories she planted.

The play will be performed in Spanish with Turkish surtitles.

Carolina Pizarro sets her workshop based on the martial art named Kalaripayattu, with her master Lakshman Gurukal. The workshop progress through different kicking techniques and animal postures. The participants discovered their different energy levels within an action and practice how they can use their energies during their performances.

Born in Chile in 1981, Carolina Pizarro has practiced acting, directing and training. She continues her research on physical works and vocal techniques at Odin Theater, with one of the most experienced actresses of the theater, Julia Varley since 2006. She practices Kalaripayattu, one of the oldest martial arts at Kalari Sangam Temple in India and continues her works with Lakshman Gurukkal and Radhika Gurukkal since 2011. She directed a theater group consisting of university students, worked on the techniques of storytelling, and by implementing her international project "Transfer," invited leading theater groups and artists to Chile.

Pizarro received the best female actress and best performance award in 2013 at Coquimbo Theater Festival in Chile. She is an active member of Magdelena Project. She worked with children at refugee centers for social responsibility projects such as, "Your Story is My Story" and "Play Time." She joined Odin Theater in October 2015, and stars in "The Tree," "The Chronic Life," "The Great Cities under the Moon," "Ode to Progress," and "Inside the Skeleton of the Whale." She also continues staging "Land of Fire," "From Amagaki to Shibugaki: A Training's Geography," directed by Julia Varley, and Roberta Carreri's "The Empty Nest."

The event is being organized by the Danish Embassy and the Culture and Theater Research Association (Cultheater).