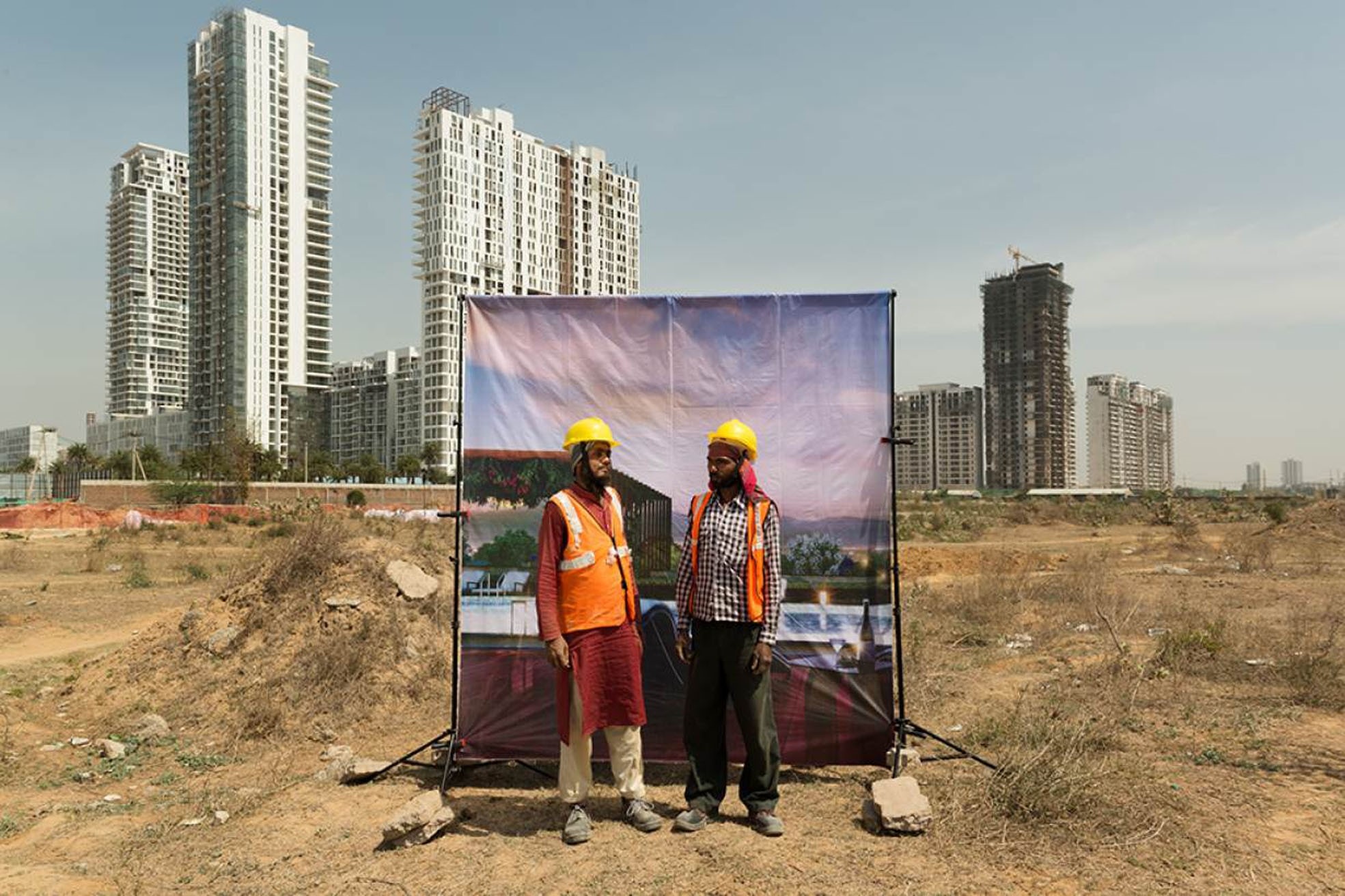 Construction workers pose against large, glossy advertisements for luxury developments, with construction sites looming behind them.
by Apr 11, 2018 12:00 am

A photographic exhibition in Paris aims to capture both the rapid growth of an Indian city and the deep divide in the South Asian giant's urban centres, where the poor can only aspire to live in the gleaming properties they build or clean.

The pictures show construction workers, villagers and vendors posing against large, glossy advertisements for luxury developments, with construction sites looming behind them.

"I wanted to show how the real estate market is shaping dreams and desires, the idea of home and city, which is in total contrast to the reality of Indian cities," said Crestani, who first went to Delhi as an exchange student in 2010.

"The language and visuals of the ads are so exuberant - all lush settings and serene lives. But they are fantasised versions that are not representative of the reality, and do not include the workers and the villagers," he said.

Rapid urbanisation and rising incomes in India have led to an unchecked sprawl of office towers and luxury apartments that are pushing the poor farther out to the margins.

At least six homes are destroyed and 30 people forcibly removed each hour, with efforts to modernise urban centres and build 'Smart Cities' responsible for most evictions, according to advocacy group Housing and Land Rights Network.

Yet like most Indian cities it is notorious for its daily traffic snarls and its water-logged roads during the rains.

"Cities want to be seen as modern, global and smart, but (they) cover up real problems like pollution and the lack of planning and infrastructure," said

Crestani, 27, whose photographs are being exhibited in a Paris show until May 6.

"Slums are demolished for so-called beautification, and the people who work in the gated communities live in shacks and (are) seen as dirty encroachers," he told the Thomson Reuters Foundation by phone.

Last year, violent protests erupted at a gated community near Delhi after a domestic worker filed a police complaint saying her employers had beaten her and locked her up.

But Crestani said the people he photographed seemed to accept their place in society.

"There was some sadness about not being a part of the world in the ads. But there was also hope for a better future for their children," he said.

"They also really liked those buildings in the ads."