Huge Marx statue, a gift from China, erected at his German birthplace 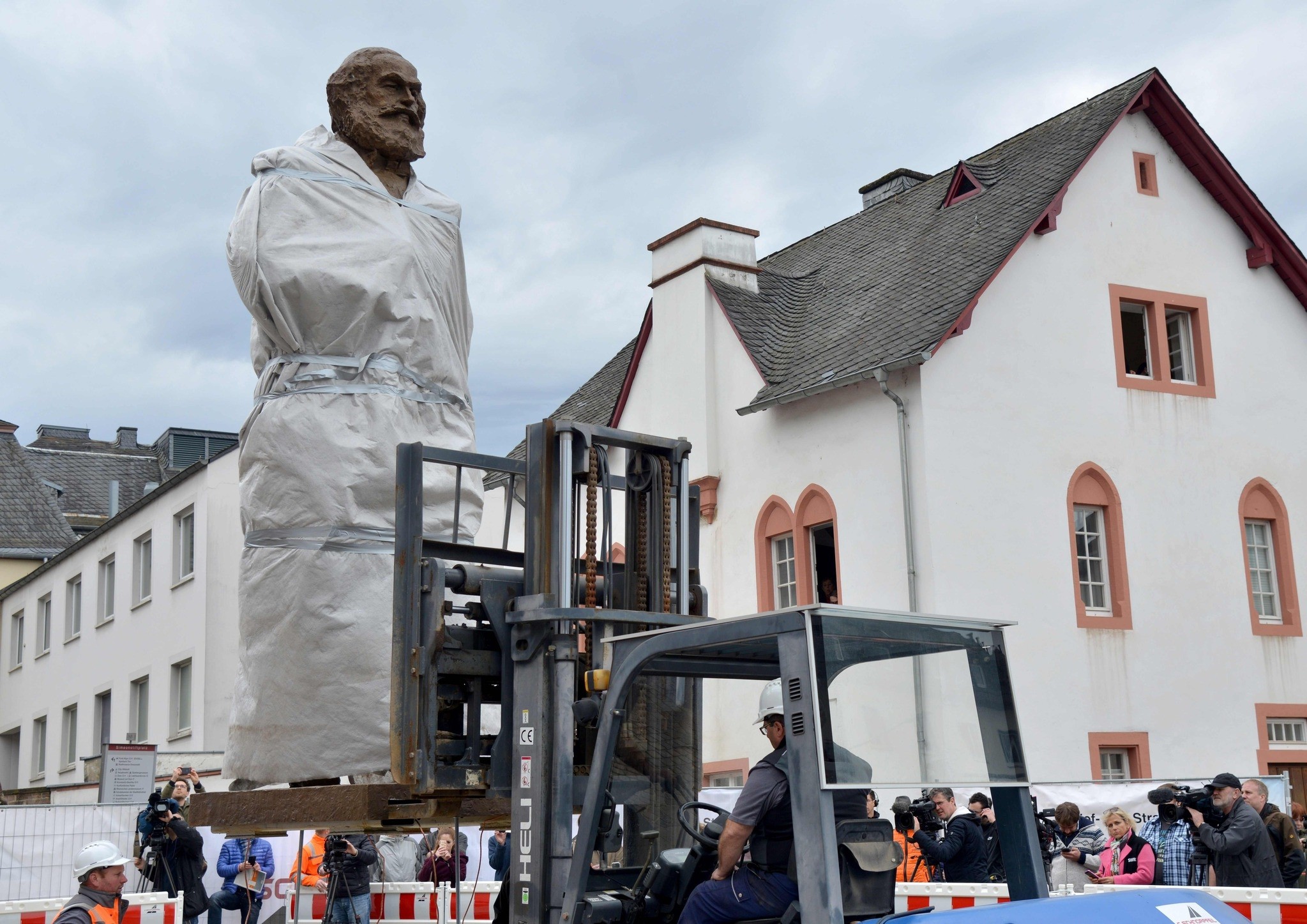 A massive statue of the founding father of communism was erected in his birthplace on Friday, after the southern German city of Trier decided to accept the bronze sculpture from China despite concerns over the country's human rights record.

The three-tonne Karl Marx statue was erected ahead of the 200th birthday of the influential thinker and philosopher on May 5, when it will be unveiled.

It depicts a thoughtful but towering Marx, who stands tall at over 5 m (16.4 ft) including the sculpture's base, holding a book in one hand. The 19th century thinker spent the first 17 years of his life in Trier near the Luxembourg border.

The city council voted in favour of accepting the gift from the Chinese government by 42 members to seven in March 2017, but the statue has divided opinion.

Some see it as final recognition of Trier's most famous resident.

"People have predominantly welcomed the gift," said Michael Thielen, who is one of two Karl Marx impersonators at the opening.

Others worry that accepting the gift from China is not compatible with criticising the country's human rights abuses.

As recently as March, China has come under criticism from U.N. rights experts for the detention of human rights lawyer Jiang Tianyong, who disappeared in November 2016 and is believed to be being held in secret detention.

Since 2015 China's President Xi Jinping has presided over a widespread crackdown on human rights activists, which has seen numerous lawyers like Tianyong arrested and given long prison sentences.

The Chinese artist behind the bronze statue, Wu Weishan, had previously suggested that it should be placed at the Porta Nigra, an iconic Trier landmark and one of the largest Roman gates north of the Alps. The statue was erected in the end by Simeonstiftsplatz, in the heart of the southern German city.

Marx's status in Germany is controversial, with some in the country blaming the philosopher's ideas for the rise of Communist dictators, the Berlin Wall and subsequent Cold War division.

Dieter Dombrowski, Federal Chairman for the Union of Victims of Communist Tyranny (UOKG), said in a statement: "For the victims of crimes that can be traced back to Karl Marx's ideas this event is disrespectful and inhumane."