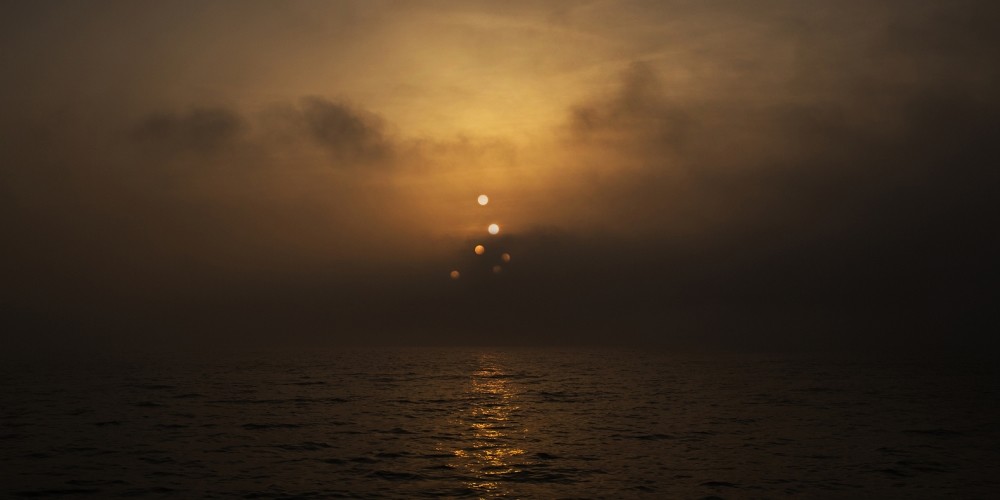 The artist's works focus on situations created as a result of forcing nature to change and scripting imaginary time set up outside of time witnessed by photography.

Creating her art in cinema, photography and engraving, the artist tells the legends of new belief stories of humans, who witness surrealistic moments due to changing climate conditions and unpredictable natural events in "Myths."

Saying, "I have been here for thousands of years," at an unknown time and space, yet being forced to change by humans, nature gives menacing replies to the creation of humans with its timeless storms, fog, sun and clouds, telling stories and creating legends. "Myths" invites viewers to examine this rebellion.

Türemen based her exhibition on photographs she took while working on her dissertation on Ingmar Bergman's "The Seventh Seal" (1957) and scrutinizes the reflections of the mood of the movie and what it questions. Described as a poem trial by Bergman, "The Seventh Seal" refers to the fear in the movie's timeline corresponding to another fear of today's humanity, how words remain the same throughout the ages and how problems go unchanged.

Described by Time Magazine as the "most important director alive," the exhibition will note its regards on Bergman, inspired by Ingmar Bergman's saying, "A movie is a dream except for the time it documents."

The exhibition is also included in the events organized for the 100th birthday of the director that will continue throughout 2018 lead by the Ingmar Bergman Foundation in Stockholm.