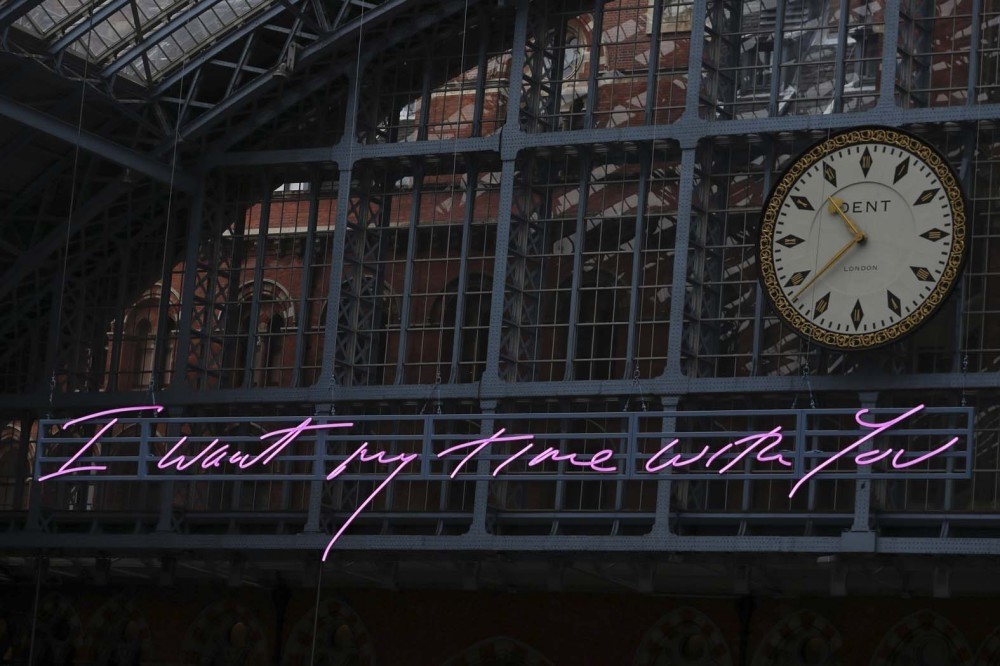 Emin, one of country's most famous living artists, said she conceived the 20-meter-long text-based work, "I Want My Time With You," as a response to Brexit.

The installation - bright neon letters spelling out the phrase - is suspended from the ceiling inside the cavernous Victorian era station facing trains arriving from continental Europe.

"Essentially, it is a great subliminal message sent out to the rest of Europe... I want my time with Europe," she told reporters at Monday's unveiling. "I'm deeply saddened that Britain is going to be demoted to a tiny island floating around in the North Sea."

Emin, 54, who first rose to fame with her 1999 exhibit "My Bed" - a stained bed surrounded with detritus - said she is not against people who voted to leave the European Union. "What I'm worried about is the people who voted Brexit who didn't understand what they were voting for," she added. "The people who did understand, that was their prerogative."

The contemporary artist said the work also aimed to evoke the romance of stations and being met by someone after getting off a train.

She first emerged more than two decades ago as part of a wave of young, bold, British artists and has gradually become a staple of the art world establishment.

The installation will remain on display at St. Pancras until the end of the year.