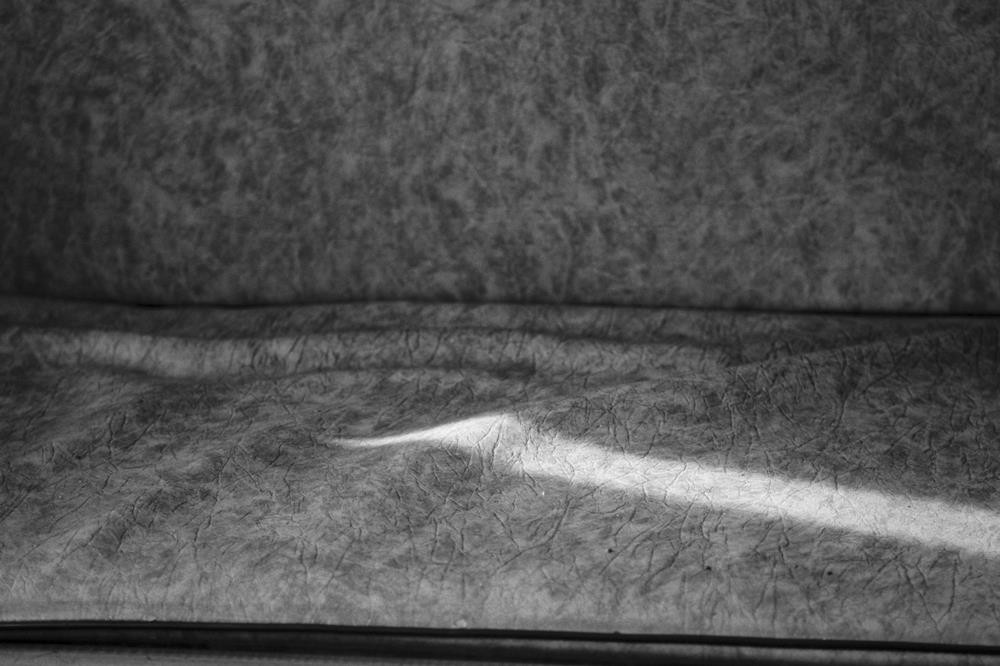 M. Wenda Koyuncu and Firdevs Kayhan curated the photograph series by Borga Kantu00fcrk called u201cKoltuklaru201d (Couches, 2013) to add the effect of past traces left behind by an unknowable presence.
by Matt Hanson Apr 17, 2018 12:00 am

For the ‘La Chute' exhibition at REM Art Space on display until May 7, creative minds from Turkey and Iceland descend into the depths of psychological emptiness, curated with a literary appreciation for ‘The Fall' by Albert Camus

The last complete work of fiction by Albert Camus is the philosophical novel "The Fall," "La Chute" in French. It is an existentialist's road map of Catholic symbolism, narrated as a series of confessional monologues by Clamence, a French lawyer, who is named after the Latin "clamans," meaning "he who shouts." He is a guilt-ridden man, and under the pen of Camus he endures a secularized, psychological retooling of Dante's Nine Circles of Hell in Amsterdam, the last of which takes place in the red-light district near the former Jewish Quarter. In an essay titled, "Camus, The Fall and the Question of Faith," writer Jimmy Maher echoed the sentiments of the immortalized 43-year-old French-Algerian author in the last years of his short life: "Perhaps as he reached middle age Camus was questioning the relentlessly amoral, self-centered worldview of the existentialists, along with their notion of an essentially meaningless universe devoid of absolutes."

"The Fall" is a modernist chronicle of the fall of Adam and Eve from the Garden of Eden immersed in the noir decadence of post-war Europe. Its pages are filled with fallen angels whose wings are clipped, long vestigial from neglect in the dark night of history bereft of myth. "If one would discredit religion, one should perhaps be required to offer something other than empty rationalizations to replace it. I do not know what that something might be, of course, and, for all of his intellectual brilliance, neither did Camus," Maher wrote. 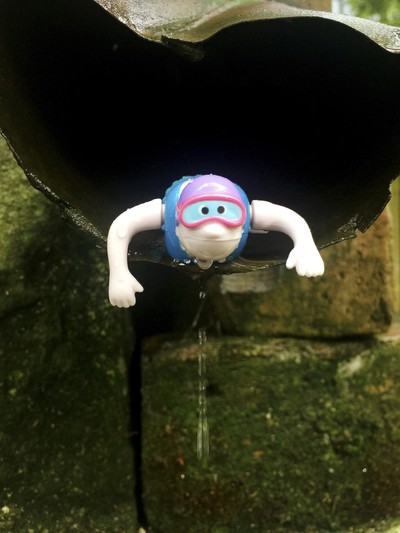 Müge Y›ld›z created her video piece "Swimmer" (2017) at a residency in Ruse, Bulgaria with a special thanks to Magnús Loti Kristinsson, a performance artist from Iceland.

In the simplest reading of "The Fall" and the life of its writer, it is clear that Camus was uncannily similar in age and characteristics to his protagonist. In his literature, Camus furthered one of the most important alternatives to religious and historical thinking in pursuit of a more up-to-date synthesis of faith and reason in the popular affirmation of individual freedom known as existentialism. While he did not live long enough to formulate a new fusion of theological rationalism, as in the Religion of Humanity created by 19th century philosopher Auguste Comte, his creative practice in the coincidence of psychological opposites led him to the all-too-human conclusion that some questions are more difficult to ask than to answer.

Waking from sleep of reason

Firdevs Kayhan curated the seven artists exhibited for "La Chute" at REM with high school literature teacher M. Wenda Koyuncu, whose knowledge of classic Turkish authors like the islander Sait Faik Abasıyanık and exiled Nazım Hikmet informs his crossover aesthetic from the seed idea of an influential book to innovative conceptualizations in drawing, photography, sculpture and video art by living contemporaries. Mehmet Kahraman, the director and founder of REM Art Space, likens Koyuncu's curation for "La Chute" as writing an abstract tome in a purely visual language. Against the blank page of REM's space as the first of many galleries that opened in Çukurcuma in the last three years, "La Chute" is a storied hall of mirrors reflecting an infinite kaleidoscope of narrative interpretations and is set in a place that breathes with such intellectual diversity.

There are many stories within the story of the "La Chute" show. Each series of selected art represents a different chapter, and within every piece there are plots, scenarios, profiles and testimonies. İlhan Sayın first leads eyes from the entrance to REM with the subtle grace of his pencil, outlining emptiness in scenes drawn with a naturalist minimalism and washed in the white of nothingness, the inescapable maw of the unknown, the unseen. Its bleak waterfront landscapes conjure an earlier book by Camus, his famous "The Stranger," in which an Arab man is murdered by a French colonial on the beach in the pivotal scene. The Turkish version was translated by Zeki Demirkubuz and titled "Yazgı," meaning fate. The intertwining themes of physical attraction and racism equally fascinated French colonial intellectual Frantz Fanon who saw a connection to historic power in the drama of human relationships on an individual, physical level.

"Civilization deconstructs the land, but nature preserves itself and reappears. On the edge, you feel like falling. After so many civilizations, we still feel like we are about to fall. The works remind us that civilization always fails to meet the needs of human progress," said Koyuncu about the work of Sayın to introduce the underlying motifs in "La Chute." "As a curator, I choose artworks as points for discussion. I have produced political exhibitions. "La Chute" is more conceptual. It's not about politics. It's clean."

Into the widening abyss

On the wall opposite Sayın's drawings in the REM foyer, the "Koltuklar" (Couches) photographs by Borga Kantürk leave behind traces of the past from the stark impressions of a couch cushion and the sharp angle of window light on an empty sofa. In color and black and white, he tells stories in silence without characters where all sense of setting is reduced to a flat, unembellished focus on the blindingly mundane. With all of the traditional effect known to modern and contemporary art, "La Chute" is confrontational, breaking down the lines of reason that divide viewer and creator from pieces of novel human invention. At the core is the sculpture Dip Zamanı (Bottom Time, 2018) by İrem Tok, deepening the show's surrealism from Kantürk's couches to the piled lawn chairs of Zeren Göktan's photograph, "Arkabahçe" (Backgarden).

"Bottom Time" at heart is a comical piece, playing with the basic absence of utility that haunts the vast majority of artistic creation while creating something that would be useful, only its original form is rendered inept when made into art object. The curation at REM is in direct dialogue with "Yüzücu" (Swimmer, 2017), a video by Müge Yıldız shot during her residency in Ruse, Bulgaria, and made with a special thanks to another artist at "La Chute," the Icelandic performance artist Magnús Logi Kristinsson. In the passenger seat, a fisheye lens captures Kristinsson's storytelling as he relays an experiment he conducted on himself in which he subjected his body to a surprise marathon without having trained at all.

"La Chute" exhibits Kristinsson's 9-minute video monologue, "I tried my best to see my name there," with a sense of humor as icily dry as the northern winds in Finland, where he lives. He talks about the absurdity of his fall from the ideals of fame and recognition to the realities of time and forgetfulness. After running between an ambulance and the finish line, waiting to see his name there, and with his body in a state of emergency, he finally crosses the end only to realize that he entered the race under someone else's name. "I tried my best to see my name there" is similar to "Bottom Time" in that the art - in this case the artist's body - is made useless by the total exhaustion of his untrained physique.

"As someone enters, the space feels bigger and bigger, into the emptiness. I first transformed the old frame shop into a popup exhibition called 'The Dust of Time,' and the landlord liked the exhibition. It then became REM Art Space," said Kahraman, who formerly worked as a curator and program manager at Mixer gallery in Tophane until leaving to become a more independent curator, at which point he founded REM, which will open a new, spacious events space at its location by the end of April. "During R.E.M. [Rapid Eye Movement] sleep, if you have a dream, you can realize it. Artists always have dreams, but they don't always have the opportunity to realize them. We can cooperate with them to realize them."