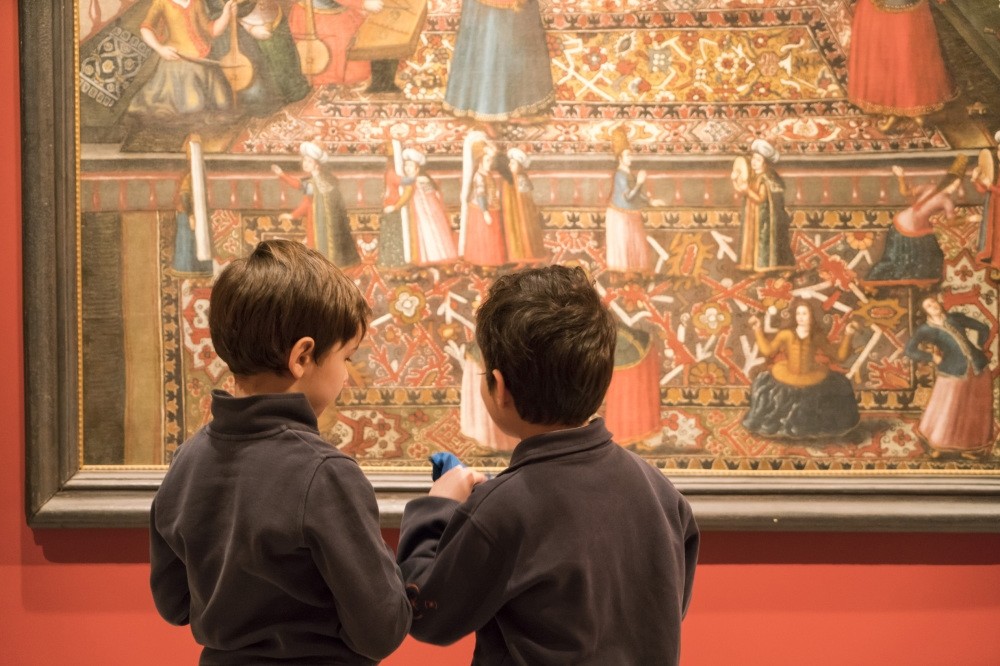 Paintings at the u201cIntersecting Worlds: Ambassadors and Paintersu201d collection inspire children during the fairytales events.
by Daily Sabah Apr 20, 2018 12:00 am

To celebrate National Sovereignty and Children's Day on April 23, Pera Museum is organizing various fun activities such as drama, music and film events

Pera Museum is inviting all children to the museum on National Sovereignty and Children's Day on April 23. Pera Education will be organizing two very colorful events on April 21, "Traveling in Time," and "Fairy of the Fairytale: Pera Museum," while Pera Film will be offering the "Power of My Imagination" movie program, celebrating originality and creativity from April 21 to April 24. All events related to Children's Day are free.

Pera Museum's events give children the chance to express themselves through art and experience the museum. The movie program, the second stage of the events, offered by Pera Film, will carry children and adults to exciting worlds. All children's products will have a 20 percent discount at the Pera Museum Artshop between April 17 and April 22 and on April 21-22, all fod at Pera Café will be offered with a 15 percent discount.

Pera Education will be offer a creative drama workshop called "Traveling in Time" with the cooperation of the Contemporary Drama Association for children between 7 and 12 years old. The children will play games and learn creative drama methods. They will visit all the exhibitions at Pera Museum along with magical games of creative drama. The workshop will take place between 10:30 a.m. and 1 p.m. on Saturday, April 21.

The second workshop organized for the Children's Day is "Fairy of the Fairytale: Pera Museum," which will include two narrators and one musician from the SEIBA International Storytelling Center and will take children and their families on a magical journey. The fairytales are inspired by works in the "Intersecting Worlds: Ambassadors and Painters." The event, where the locations of the museum will get intertwined with the imaginary locations of fairytales, will be held between 3:30 p.m. and 4:30 p.m. on Saturday, April 21.

Pera Film is offering the "Power of My Imagination" movie program for Children's Day. "Nicholas on Holiday" (Laurent Tirard, 2014), "My Life as a Zucchini" (Claude Barras, Michael Sinterniklaas, 2014)" and "Pan's Labyrinth" (Guillermo del Toro, 2006) will be shown at the event. 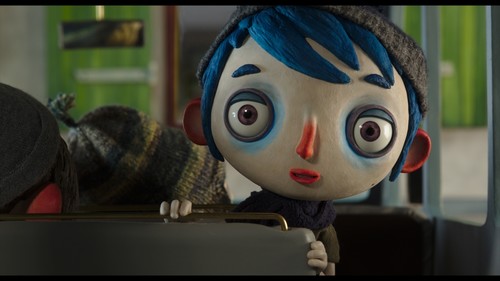 The animation "My Life as a Zucchini" will be shown as part of the "Power of My Imagination" movie program.

Adapted from French author Rene Goscinny's novel, "Nicholas on Holiday" tells the story of Nicholas and his parents who are on their way to a holiday town to spend the summer. It offers fun to children and nostalgia for adults. Nominated for Best Animation at 2016 Academy Awards, "My Life as a Zucchini" has surprising character designs and impressive stop-motion animation. This movie offers laughter, sadness and joy all together. "Pan's Labyrinth" is a dark fantasy drama that depicts the events that unfold five years after the end of Spanish Civil War from the eyes of a child and how she searches for the peace she cannot find in reality in her dreams and visions.