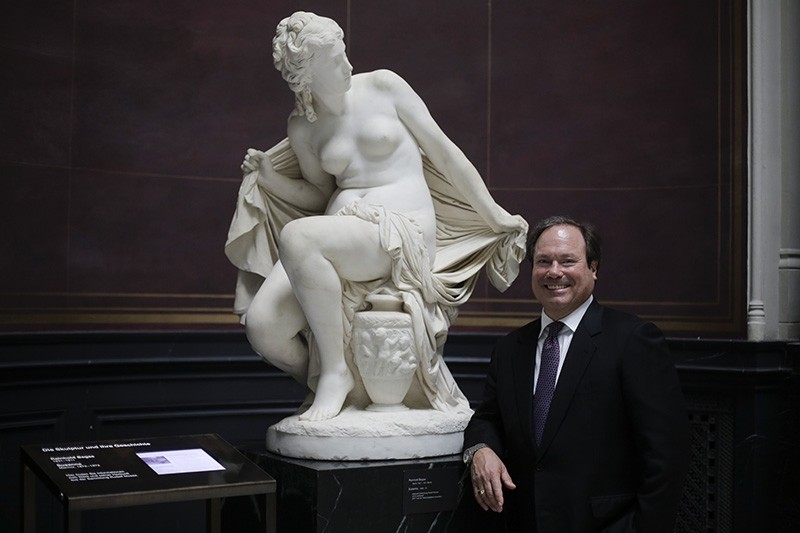 Art lovers will now be able to learn about one of the largest cases of Nazi-looted art in history after a team of researchers on Wednesday launched a website with their findings about the art collection of legendary German-Jewish publisher Rudolf Mosse.

"It is our goal to reconstruct the art collection of Rudolf Mosse and to research where the Nazi-stolen works are presently located," Meike Hoffmann, a coordinator from the Mosse Art Research Initiative, said.

German institutions are working with the descendents of former Nazi victims through the project. The Mosse collection - with its thousands of paintings, sculptures, objects, books and antiquities - is one of the largest cases of Nazi-looted art.

According to the MARI website, Mosse's collection - "purported to consist of several thousand works" - primarily featured pieces of German realism from the second half of the 19th century. Much of the works were from Berlin and Munich, the two main places where he did business.

Berlin's state museums found in their collections nine artworks the Nazis took from the family of Berlin newspaper publisher Rudolf Mosse, and returned them to Mosse's heirs. The museums have since bought three of the pieces, including the marble sculpture "Susanna" by artist Reinhold Begas.

The other two works sold to the state museums are a Roman child sarcophagus and a sculpture of a reclining lioness by August Gaul.

"So far, we have begun research on 115 works, and have uncovered reliable information on 68 of them," Hoffmann said.

A representative of Mosse's heirs, Roger Strauch, told reporters in Berlin that the joint project was unique because of the cooperation of all the institutions involved.

"The project does not aim to cast blame," Strauch said. "Rather, we are committed to returning property to their rightful heirs, as well as being sensitive to the inevitable awkwardness involved in this process."

In other restitution cases, claims by heirs to property taken from or sold by relatives under duress during World War II sometimes have led to conflicts.

The current owners — usually museums or private collectors — have resisted returning valuable items if they don't think the proof of a family's prior ownership or Nazi involvement is strong enough to hand over the disputed pieces.

Born in 1843, Mosse was part of the Jewish community that enjoyed success in Germany before the rise of the Nazis. He was the publisher of the liberal daily Berliner Tageblatt and several other newspapers, and also owned about 130 trade magazines.

When the Nazis came to power in 1933, the family was forced to flee and their property was confiscated.