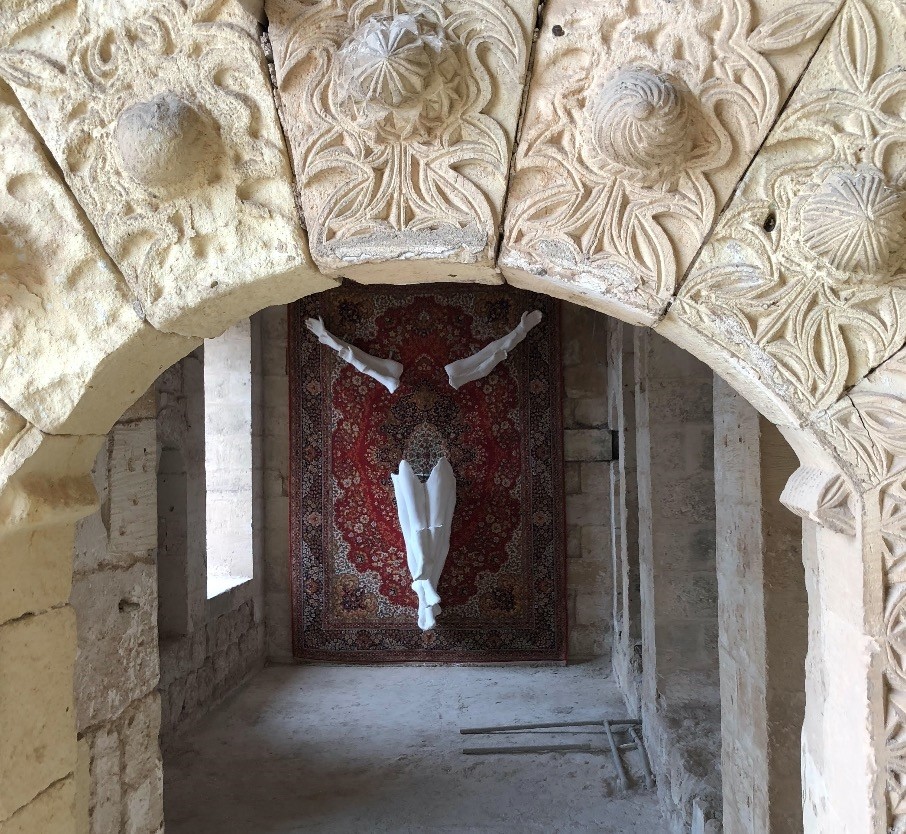 Mardin, the city where religions, languages and ethnicities are together in peaceful harmony, is hosting the 4th Mardin Biennial until June 4, at 10 special spots with the participation of 50 artists

Southeast Turkey's Mardin is a city rich in terms of culture, architecture and art. It reflects the accumulative culture of Mesopotamia, meaning "between two rivers," as it has been home to many civilizations throughout history.

From the moment one arrives in the city, its mesmerizing atmosphere embraces the soul and body. The cities authentic architectural style features juxtaposed houses on hillsides, overlooking the vast Mesopotamian valley, and symbolizes a culture of plurality.

Populated by Muslims, Assyrian Christians, Armenians and Chaldeans, you can hear Kurdish, Turkish, Arabic, Assyrian and Armenian all spoken at the same time on Mardin's streets. Here, one strongly feels that the city itself is the common heritage of the surrounding cultures. 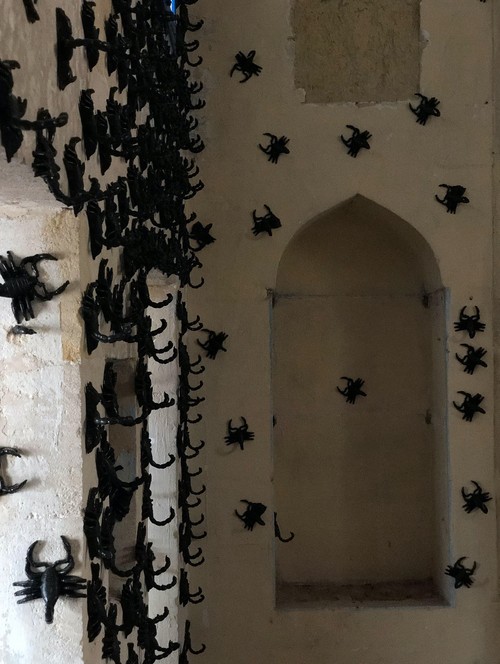 In line with its cultural plurality, the city bears the traces of art, handcrafts and authentic culture everywhere you look - on walls, buildings, jewelry and of course, cuisine. Accompanied by some delicious and refined tastes, you can feed your body and soul in this artistic atmosphere.

The city's art scene has taken a step forward with the organization of the 4th Mardin Biennial, which will run until June 4. Under the theme "Beyond Words," the Biennial is being held at ten locations with the participation of around 50 local and foreign artists.

Artworks have been installed at the Mor Efrem Monastery, Mardin Museum, Mardin Museum's Stone House, Virgin Mary Church, Yıldız Turkish Bath, German Military Headquarters, Carpenters' Coffee House, Revaklı Bazaar, Ferhan Salman Workshop and KEDV (Foundation for the Support of Women's Work). All the venues are spread around the city, which can be an enjoyable tour city for biennial visitors.

The conceptual framework of the biennial consists of three subheadings, "Infinite Sight," "Body Language" and "Boundaries and Thresholds," as suggested by the three curators, Fırat Arapoğlu, Nazlı Gürlek and Derya Yücel, respectively.

Arapoğlu focuses on the common and anonymous people who inhabit nature and cities; namely those who walk. Gürlek's frame is centered around the body language as she said: "When everything is taken from us, or when we have to flee quickly, the only thing we can take with us is our bodies. From that point of view, the body is a baggage, an archive that bears experiences, traditions, memories, symbols, values and practices passed on for generations. As for Yücel's focus, it is about the concept of space within the context of architecture, philosophy, psychology, politics and aesthetics. Yücel questions the limits of artistic practice, including the viewers in the process.

Of all the artworks that color the urban life, I wish to mention some artists and their works that will allure art lovers to Mardin. 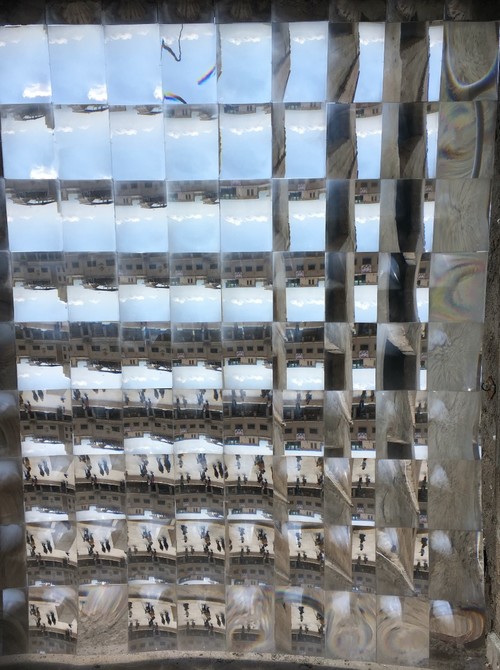 Turkish artist Taner Ceylan, who has attracted a lot of attention home and abroad, especially in the recent years, will exhibit his painting "The Man of Sorrows," depicting Jesus Christ in the Virgin Mary Church, which has been under restoration and will be officially opened on May 10.

The painting depicts Christ in blood, inspired by the traditional Christ image that strikes the viewer with sorrow, pain, love and surrender. The artist said that he painted the work after he saw Pedro de Mana's sculpture "Christ as the Man of Sorrows" and now his work has found its place.

In the old German Military Headquarters, Mürsel Argunağa's installation "Untitled" questions the tension between tradition and change through the reality of immigration. In the autobiographic installation where the artist uses a traditional carpet and plaster body pieces symbolizing the members of a family, he employs his memory to depict cultural change. The carpet points to the homeland, geographical origin and belonging, while the uncompleted plaster body parts refer to movement and immigration.

In an open-air area in the same building stands Gizem Aksu's site-specific installation. She installed a PVC plate that mirrors the city panorama reversely on multiple frames that reflect different images with variant light. The artist seeks to offer an alternative and upside-down point of view for the visitors with her work titled "Shelter, Barricade, and Nature."

A body performance artist, Aksu has worked with the absence of the body in this work. "I focused on bodies that perished in violence," she said. In this manner, Aksu's work is an effective and striking critic towards violence.

An extraordinary public space installation, "Objects from Excavation Site," is directly offered to the local people, who commute the city's narrow streets every day. Artist Hasan Pehlevan uses abstract forms as a visual base and focuses on the accumulation of knowledge from Mesopotamia to modernity. Pehlevan works with geometry and mathematical abstraction and displays his works in spaces that have gone through an urban transformation.

Having gained great recognition in the art world for her latest works, especially with the exhibition "KAF" shown at Istanbul's Arter Gallery, CANAN uses the Yıldız Turkish Bath to display her series "Heart Language," which refers to the symbolic and intuitive nature of the human soul.

She has embroidered bird, flower and various animal patterns on tulle pieces hung from the ceiling. With light, the patterns on the pieces reflect on walls, which create the light and shadow effect, one of the distinctive features of her art. Symbolizing human soul, animal and flower patterns comply with notions like cleaning and healing that are related to the bath culture.

Among the many impressive artworks, "MERKEZKAÇ," an installation by a local art collective that consists of five artists from the surrounding cities of Diyarbakır and Batman, stands out.

Their work "Moments of Ecstasy," is fed from a local insight, sharing the nature with scorpions. People in Mardin dye window frames blue as scorpions alleged refrain from walking on the color blue. Local people use this practice to keep scorpions away from houses. In the installation, a swarm of scorpions inside a room head for the window to get outside. However, they are trapped as the window is blue, symbolizing the concept of being stuck in our modern lives.

All in all, for those who need a getaway in a mesmerizing city decorated with art, Mardin is now an excellent option with the ongoing 4th Mardin Biennial.