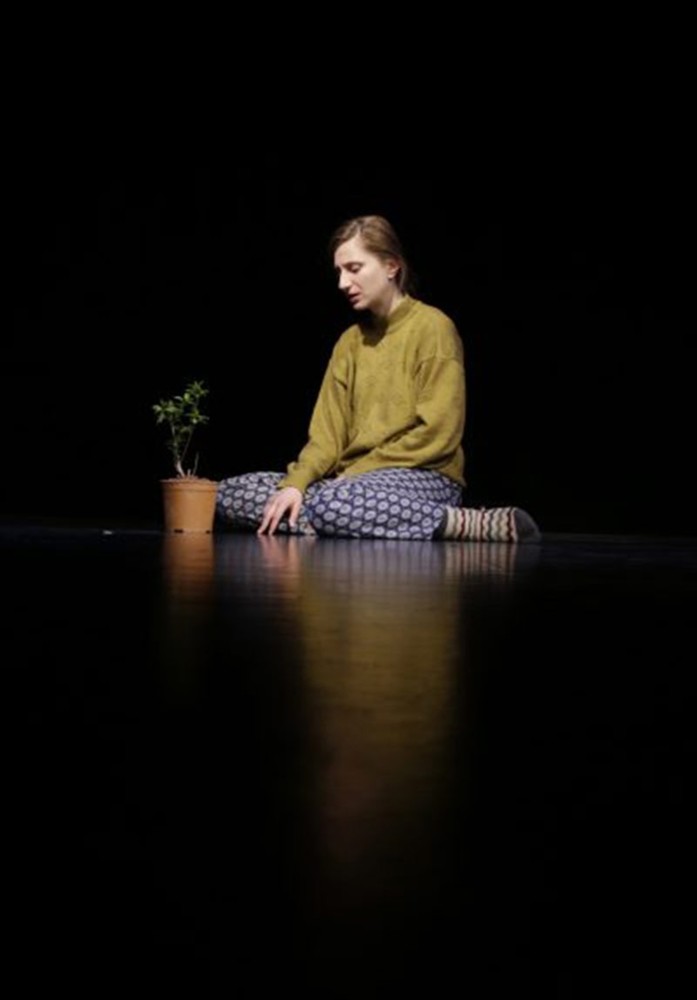 Nezaket Erden plays the hapless girl Dirmit in a one-woman show adaptation of Latife Tekin's ‘Dear Shameless Death.' The performance is a real tour de force with Erden taking the audience into the secret life of Dirmit, a girl whose fanciful imagination is constantly but unsuccessfully checked by her family. The next performance will be at Moda Sahnesi on May 28

There are certain texts that you just cannot bring yourself to read because they have been recommended by the wrong sort of person. It must have been around 2000 that someone in my university told me I ought to read Latife Tekin. The presumption of said person as to knowing my tastes put me off Latife Tekin forever and I would have been unaware of her genius had not a dear friend taken me by the hand and led me to a one-woman performance of the novel "Dear Shameless Death" at Moda Sahnesi in Istanbul's Kadıköy district.

To start with, the title "Dear Shameless Death" raises expectations of a completely different genre; of a character struggling with existential questions and relating them to you in glum Russian and/or French style. Instead, what you get is the character of Dirmit, a girl so lonely and bored out of her wits that she speaks, a-la-Petit Prince, to her potted plant. We learn that the potted plant is not the first inanimate thing she has spoken to; back in the village where she spent her earlier childhood she used to speak to the water pump. 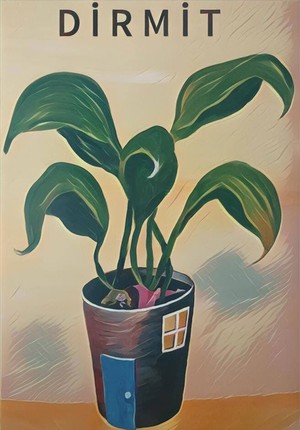 "Dear Shameless Death" starts with Dirmit reciting an Islamic prayer in bed -we have to imagine the bed since there are no props apart from the small potted plant - with very Turkish intonation and innocently railing God for not helping her sleep. Dirmit is a name as foreign to the Turkish speaker as it would be to an English audience. However with Dirmit, Tekin has created a character, a psyche so Turkish, it is almost painful to watch in its precision. Not being familiar with the text, I was not sure how much of this intimacy was the work of Tekin and how much of it was Nezaket Erden's genius, but either way it is a very strong performance that makes the audience laugh and cry volubly. An hour into what seems like a psychoanalytical session, we lose all our inhibitions, and I am surprised no one came on to the stage to share their version of what it felt like being a young teenager in the '80s in Turkey. Erden sustains a generic Anatolian accent throughout the performance, which I tried fruitlessly to place. Her intonation and words were redolent not so much of a particular region, but that of a girl's vocabulary of confidences imparted to her dear friends. It is more than anything else the language that Dirmit uses that endears the performance to us; a way of calling things by their proper, unadulterated names. The theater company has, however, provided English surtitles for an international audience, and it would be interesting to hear how Erden's performance carries for those people who miss the "innocence on the cusp of knowledge" laden associations of Dirmit's speech.

The inherent poignancy of the performance makes itself felt from the beginning when Dirmit turns from railing God to speaking to her potted plant Kepçe. How lonely and misunderstood must a girl be to turn from human - and she has to share the small space of her family apartment with a rather forbearing family - to inanimate objects to share her inner thoughts? As sleep proves elusive, Dirmit takes Kepçe to her house in the village where she introduces her to the water pump, her first confidante. Then, she starts telling the water pump about the things that have happened to her since her family moved to the city. The city does not have a name, but we learn that is near a body of water. 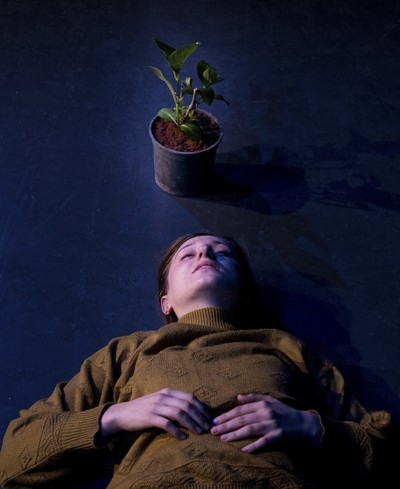 Dirmit talks about her immediate family, her parents and her two brothers. The father seems always to be reading a "green book" - suggesting religious associations - and her mother is always warning her about consorting with jinn. This, then, is still an enchanted world, where if you kiss a boy your lips will fall off, and jinn will definitely make contact with you if you stay in the bathroom too long. As Dirmit gives us an inventory of all the things that her family forbids her to do, there seems little rancor in her account, because, it appears, she has an indefatigable spirit that finds another outlet when her current passion is taken away from her. Dirmit faithfully repeats the homely euphemisms used that she barely understands to great comic effect, like her mother talking about how her brother has gone to see a prostitute. Erden also gets into character as her two brothers, managing to represent them through their idiosyncrasies and body language. There is not a single word or incident that does not ring true, and you can see the mark of recognition in the audience's guffaws and silences.

If you lean toward a sociological interpretation, you can read "Dear Shameless Death" as a family's struggle to keep their unit together after their move to the city. Both Dirmit's dad and her brothers seem singularly bad at holding down jobs, and the more the men of the family fail, the more Dirmit's mother tries to control her daughter's behavior; at first by trying to scare her with unseen beings, and then with her impending death. When Dirmit is tricked out of another one of her passions - they have included reading, writing poetry or dancing - her mother's consolation, also taken on by other members of the family, is "that thing is neither your mother nor your father, forget it," which sounds clunky in English but is aesthetically and emotionally true in its original Turkish. Anything outside the immediate family that she may be interested in is seen as a threat to Dirmit's allegiances.

Dirmit calls her little schemes to experience life outside the family home as "taking my heart on a stroll," and one of these schemes is spending time with a friend that the family does not approve of. At the friend's house, they listen to music and exercise their synchronized dances - the guffaws particularly at this point revealed who in the audience had been a young girl in the '80s. Dirmit's mother finds out and she is forbidden to visit the friend again. The silent way in which she tries to replicate their dance at the window as her friend tries to communicate with her from the street is one of the most poignant moments of the performance. Then, after several other blows to her freedom Dirmit turns her mother's threat to her advantage and claims that she indeed consorts with jinn, scaring her family into leaving her alone.

The performance is a joy to watch as Erden uses her body and voice like very precise instruments to paint the picture of a house and family with small means in the '80s. It is also wonderful to see that a female performer has been added to the list of one-person shows that holds the audience captive from start to finish. The now long-running and equally mesmerizing "Dangerous Games," Oğuz Atay's novel adapted to stage by Celal Mordeniz, transferred to London in 2015. Here's to hoping that "Dear Shameless Death" also gets to see an international audience - the surtitles are already there!