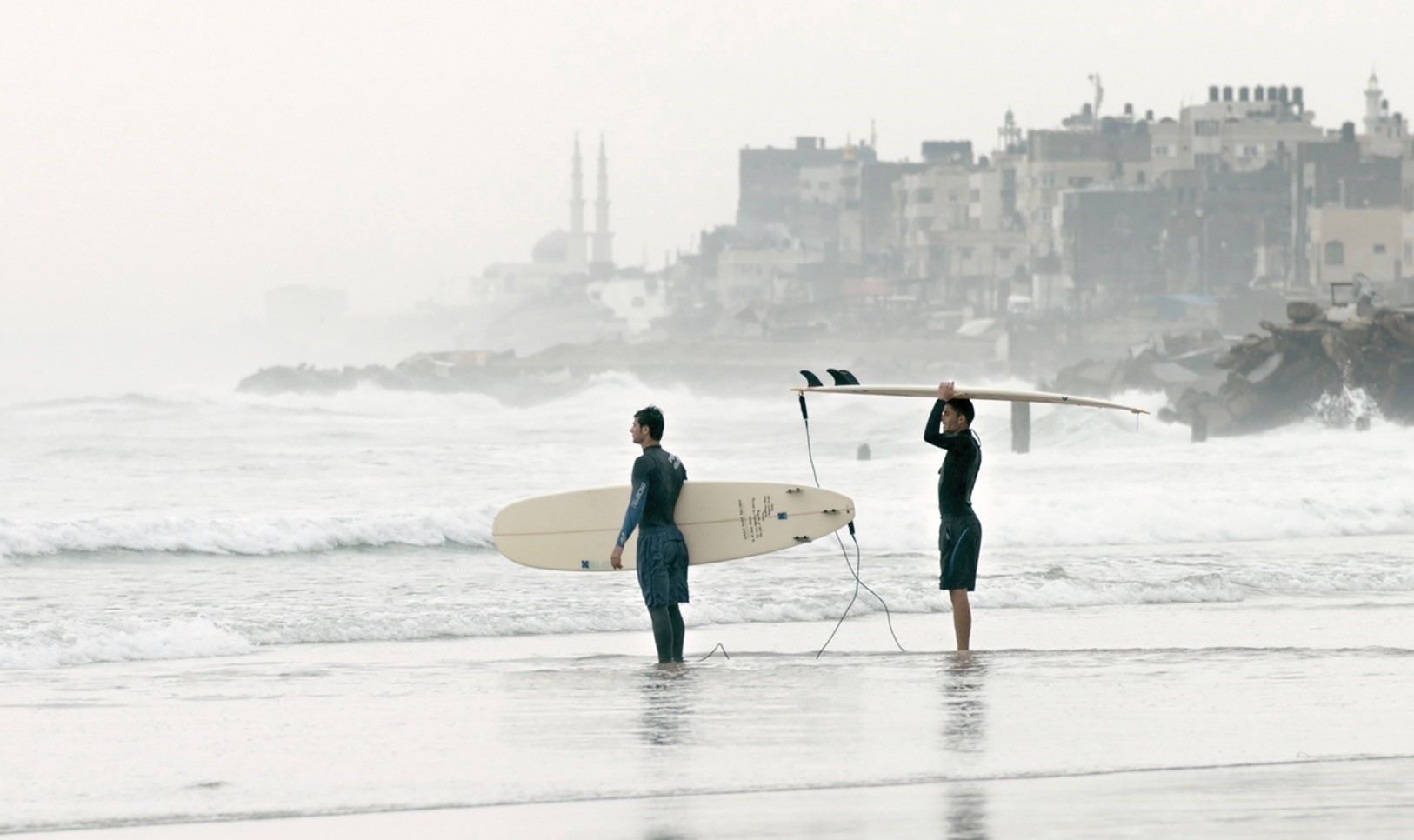 SALT's Thursday Cinema, which started on May 3 and will continue until June 28, presents a selection of films focusing on the theme of ‘regeneration'

The 2018 program of Thursday Cinema investigates the notion of "regeneration" through its various forms of emergence and reception in urban life, and how it simultaneously evokes a longing for a familiar past or a better future, and sometimes triggers resistance.

Today's urban fabric is predominantly shaped by the 20th century's two major wars, the polarized world that followed and its eventual dissolution. With increased investment in professionalism, the developments responding to the needs and imaginations of the period were distinct expressions of the regeneration reflex.

While cities transformed from centers that interact closely with their vicinity to the dominant human habitations in exchange with remote others, they inevitably expanded under population flows despite remedial planning solutions.

Starting from the 1980s, globalization had a sizable impact on regeneration, which gained relevance in varying moments across different geographies tending to cultural preferences, local governance strategies and economic opportunities. Cities across the world resembled each other as they welcomed the new century.

The regeneration process has become more visible as it internationally reflected the consumption of experience, thanks to the growth and expansion of airports, the opening of new museums on busy squares and hotels in former city centers.

Stiffened by both voluntary and forced migration of urbanites, these practices brought along certain social dilemmas and consequent demands. All the while, the city has remained the main stage for challenging the status quo and urging change.

The 2018 Thursday Cinema provides a multifaceted inquiry into regeneration, looking into past manifestations while offering proposals and possibilities for the future. An international selection of feature and documentary films brings together the stories of individuals and those of cities with increasingly ambiguous borders.

Set in an unnamed town in Russia, and directed by Yuriy Bykov, the film follows the protagonist Dima's unavailing attempt to rescue a crumbling building - and all 820 of its residents.

A plumber by trade, when Dima is called to check a pipe burst, he notices a crack tearing up one side of the building. In a housing facility of unique characters, chaos and limited means, he is at odds with the authorities as well as the unhindered inhabitants of a building neglected for 30 years.

Taking place over a single night as Dima struggles to persuade people against the most evident odds, the film touches on the topics of community, morality, reliability, neglect and reform.

The "universal income model," which once seemed impossible, is described in ongoing political and scientific discussions to have become increasingly accessible.

Directed by Christian Tod, "Free Lunch Society" provides a framework of information surrounding this notion through a series of interviews and discoveries, searching for clarification, possibilities and experiences regarding its implementation.

Inspired by the familiar saying, "There ain't no such thing as a free lunch," interpreted by economists as the act of decision making requiring trading off one goal against another, filmmaker Christian Todd in turn poses the question, "What would you do if your income were taken care of?"

Under the leadership of Rita (Sally Hawkins), 187 women workers take a stand against one of the world's largest companies, which lead to a historic upheaval that reinforces the organization of women's movements and female labor force across the U.K.

Shot in the US between November 1979 and September 1980 in Connecticut's South Norwalk region by Pablo Frasconi and Nancy Salzer, the documentary focuses on the city's economic downturn and its collapse under such difficult conditions.

Through raising questions about the sustainability of the then-relevant or popular solutions for the prevalent conditions, the film brings forward the conflicting perspectives of the local residents, former and current shopkeepers, artists, politicians, environmentalists, urban planners, and developers.

Studying the ecological history of the American grasslands, "Survival of a Small City" (1986) describes the destruction of soil by man, and the ever-evident realization that it must be protected. 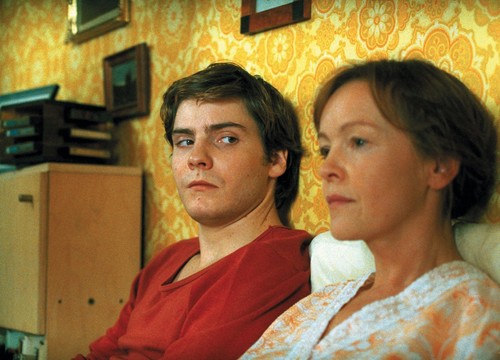 Directed by Wolfgang Becker, the film passes in 1989, East Germany. Christiane (Katrin Sass), after witnessing her son's participation in an anti-government protest demanding the collapse of the Berlin Wall, has a heart attack and falls into an eight-month coma.

However, neither the dividing wall nor the regime she is devoted to exists when she wakes up. Determined to not upset his mother, Alex (Daniel Brühl) goes to extraordinary measures to conceal this tremendous news from her by re-creating a microcosm of the old order in a tiny bedroom.

Dealing with the fall of the Berlin Wall and the effects of a rapidly disappearing country through a family story, "Good Bye Lenin!" reflects the mixed feelings of Eastern Germans who have stepped into a brand new world.

Featuring a soundtrack by Yann Tiersen, the film won many awards including the Blue Angel at the Berlin Film Festival as well as the Lola, Germany's Oscar equivalent.

For some young Palestinians in the Gaza Strip, surfing seems to be the only way to escape from the ruins caused by airstrikes and ensure them a sense of freedom.

Ibrahim, a 23- year-old lifeguard, dreams of inspiring his peers with his beloved sport, and crafting his own boards. While for Sabah, a 15-year-old girl in love with the sea, it is not that easy to break the Mediterranean waves.

A fascinating glimpse into existence in a conflict zone, the documentary depicts through thrilling scenes of how surfing can free the mind and the body, while giving voice to a young generation on women's rights, freedom of expression, and belief.

Directed by Philip Gnadt and Mickey Yamine, the film, also observing the local sociopolitical situation, will screen for the first time in Turkey as part of Thursday Cinema at SALT Beyoğlu.

A group of young Parisians of varying ethnicities, bored of their society, make preparations for simultaneous bombing attacks around the city, when once executed, hide for a night in a luxurious shopping mall.

Director of the controversial Saint Laurent (2014) and House of Tolerance (2011), Bertrand Bonello's thrilling drama combines an ambiguous political anger and rage with the impacts of today's consumerist culture. 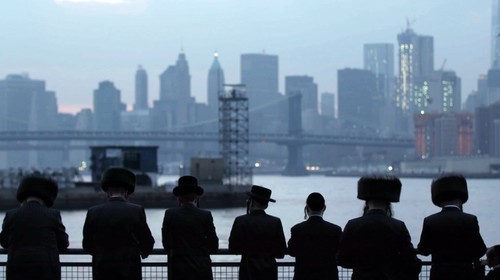 Through an intimate and rare two-year span, this documentary imparts the lives of three courageous individuals who made the decision to separate themselves from all that they knew.

Once members of the extreme insular Hasidic community in New York, these three unique narratives resolve in one striking resemblance: at the expense of all else, including family, friends, community and religion, they are driven to break away despite threats of ostracism, retaliation and total isolation.

Based on the observations of filmmakers Heidi Ewing and Rachel Grady, who as outsiders to the community captured even the most remarkable events and dialogues, the film explores the universal themes of value within the community versus individuality, and how much claim either has on identity.