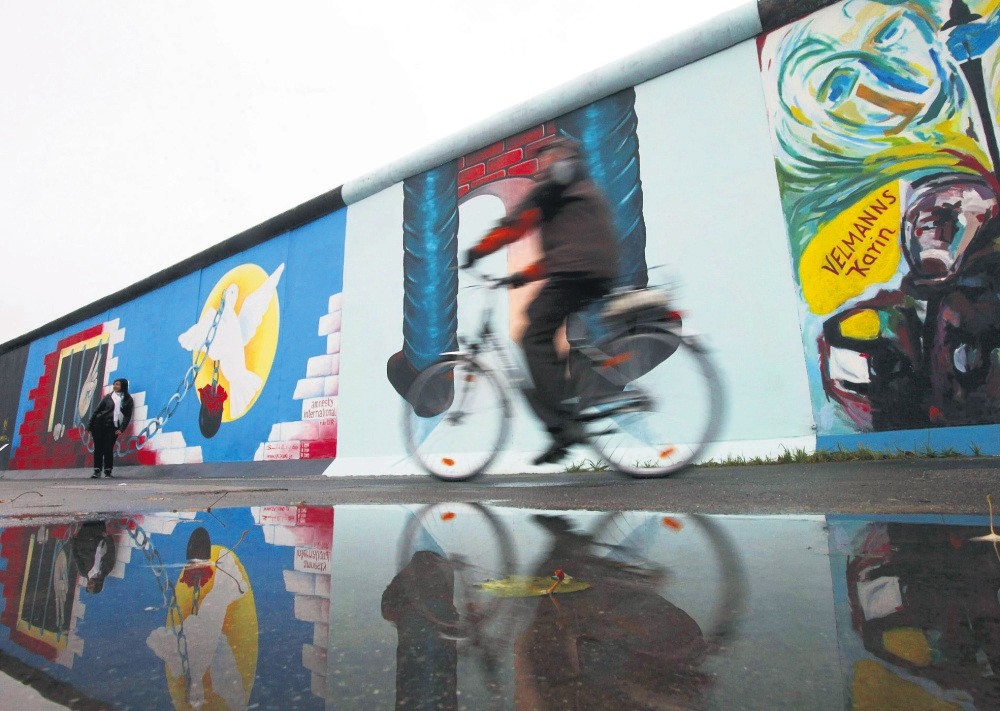 The longest remaining stretch of the Berlin Wall - a vividly painted 1.3-kilometer section known as the East Side Gallery - is set to become an official memorial site.

City lawmakers gave the green light on Wednesday for the remains of the wall, which once divided East and West Germany, to be handed over to a heritage body: the Berlin Wall Foundation.

"As such, the East Side Gallery is finally receiving the status owed to it as a site of remembrance and which is necessary for the preservation and maintenance of this memorial," said Green politician Daniel Wesener. Final approval of the property transfer is expected next week.

The East Side Gallery, emblazoned with murals dating from 1990 by international artists, is already an established tourist attraction.

Despite its historical significance, the site has come under threat from encroaching construction projects.

The head of the Berlin Wall Foundation, Axel Klausmeier, told dpa the site would be regularly cleansed of visitor graffiti and that tours would be offered.