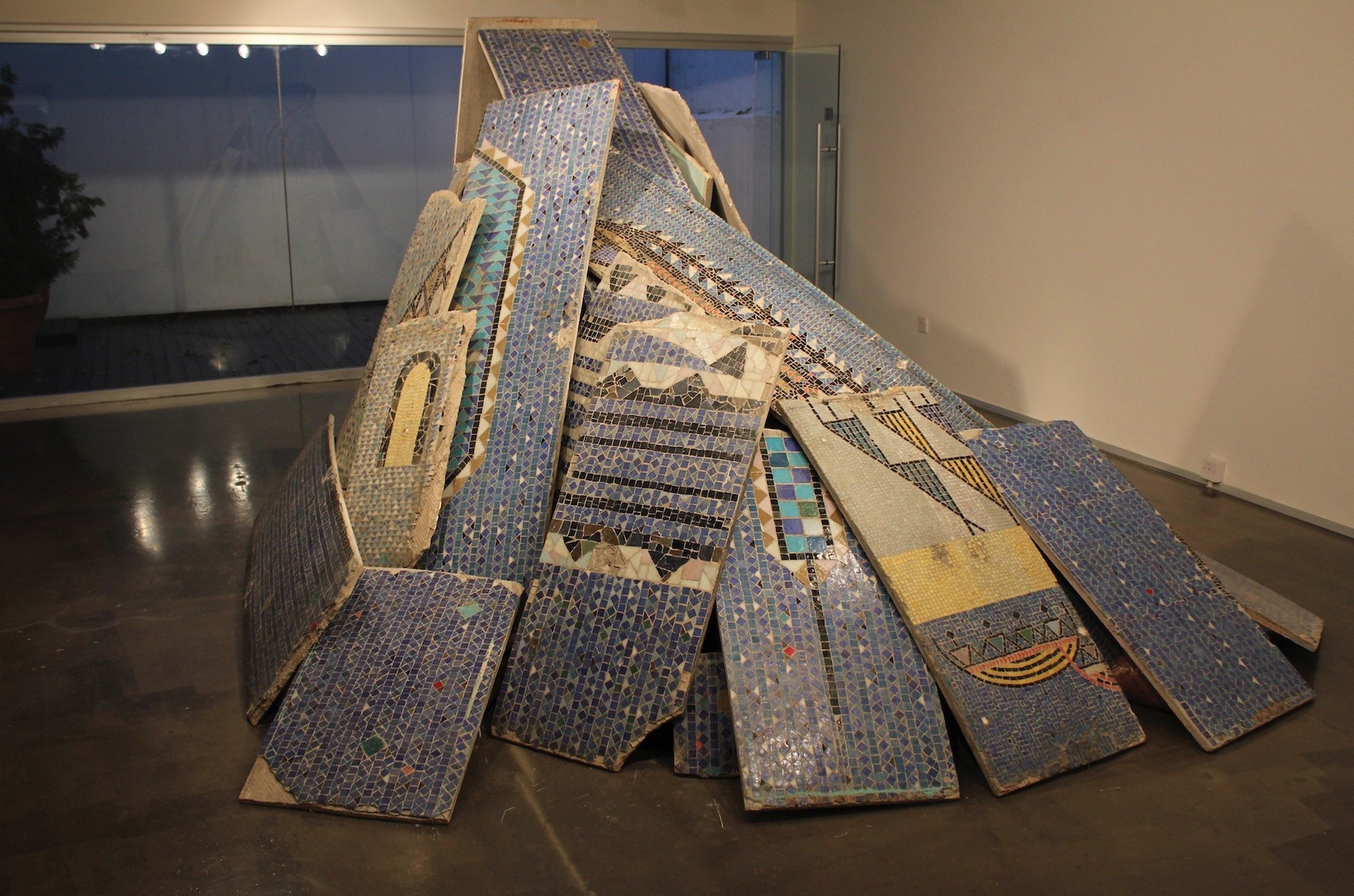 SALT Beyoğlu and SALT Galata will present two events for art lovers and professionals on May 18 and 25-26, one focusing on Turkish artist Bedri Rahmi Eyüboğlu's lost artwork and the other on ‘useful art' and recent examples in Turkey

An oasis for art lovers, professionals and researchers in Istanbul, SALT is presenting two programs in its Beyoğlu and Galata locations.

SALT Beyoğlu will host Johann Pillai as part of the "Exhibit" program series for a talk titled "Bedri Rahmi's Lost Mosaic Wall: Recovering History and Exhibiting Crisis" on May 18.

Exploring the legacy of world fairs, Pillai, associate professor in the Department of English Language and Literature at Çankaya University, will reveal his research on the "lost" artwork by Bedri Rahmi Eyüboğlu: A mosaic wall commissioned for the Turkish Pavilion at the Brussels World's Fair in 1958 that mysteriously disappeared right after. Pillai will present new findings about the pavilion and the wall, uncovering the circumstances that occurred over the decades such as historical mishaps, the political upheavals of wars and military coups, errors of judgment and chance events. The talk will be in English. Pillai is co-founder and director of Nicosia-based independent educational and cultural initiative Sidestreets. He is the author of various interpretive articles on literature and art, as well as the 2010 publication, "Bedri Rahmi - The Lost Mosaic Wall: From Expo '58 to Cyprus." His main research interests are theories of literary and visual interpretation, the politics and ideologies of writing history, and relations between science, technology, and belief systems.

On May 25 and 26, SALT Galata will host a workshop, "Art in Use: Case Studies from Turkey," by Gemma Medina and Alessandra Saviotti, examining "useful art" and recent examples responding to this notion in Turkey.

The workshop will seek answers to the questions of "What are the current manifestations of 'useful art' in Turkey?" and "How does artistic production respond to local economic and political urgencies?" as part of the Office of Useful Arts, an initiative of SALT.

Since its opening in September 2017 at SALT Galata, the Office of Useful Arts has been providing an open space for potential co-learning practices between SALT and its users, while exploring the possible uses of art in negotiating social and political issues.

The two-day workshop will provide a discussion platform around the institution's research findings relating to various aspects of artistic practices in Turkey today. The workshop will kick off with a talk by Medina and Saviotti, members of the Asociation de Arte Util, to build the Arte Util Archive, an online platform compiling international case studies that respond to the notion of useful art. The second day will follow with an in-depth examination of recent cases in Turkey that were incorporated in the archive.

Established in partnership with Asociation de Arte Util and consisting of the presentations of case studies, the Office of Useful Art raises discussions on the role of contemporary art in neoliberal economy, new museology theory, sustainable architecture, video activism, new media systems, politics of knowledge, ecological crisis among others through a series of public programs.

The workshop will be in English. To apply to the program, a brief text (in English) detailing the reasons of interest to useful art should be sent to SALT's website until May 22.

Gemma Medina is an art historian and independent research curator. She was part of the curatorial team of the Museum of Arte Util, leading the research to build the Arte Util Archive. She has been collaborating with the Asociation de Arte Util as a co-curator, researcher and archivist since 2014.

Alessandra Saviotti is a curator and organizer. She was part of the curatorial team of the Museum of Arte Util at Van Abbemuseum in the Netherlands' Eindhoven, and has been collaborating with the Asociation de Arte Util since 2014.