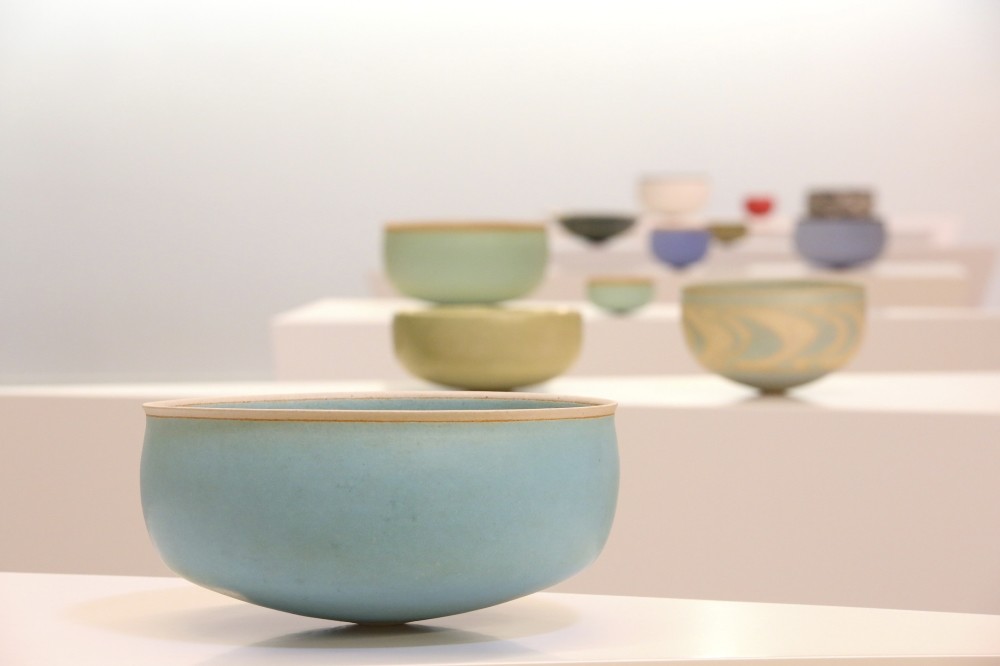 Pottery made by women from villages is presented with the forms of Alev Ebuzziya, an influential modern artist, in the exhibition titled u201cToprak.u201d
by Anadolu Agency Jun 22, 2018 12:00 am

Located in a village 45 kilometers away from the city center of Bayburt province, the Baksı Museum continues to contribute to cultural life with a new exhibition and a newly built theater, as well as giving job opportunities to local women

Baksı Museum, which is located in Bayburt's Bayraktar village, aims to host 25,000 visitors with new projects this season.

The museum opened its doors to art lovers in 2010 and is situated on a hill across the Çoruh Valley, about 45 kilometers away from the city center. It was founded by professor Hüsamettin Koçan, an academician and artist.

Housing modern and traditional arts under the same roof and providing education and employment to people in the region with its workshops, the museum was given the 2014 Museum Award by the European Council Parliamentary Assembly and the Grand National Assembly of Turkey Honorary Award.

While research is being done on how to transfer traditional culture to the next generations and protect it at the same time, female employment projects and works of determining and supporting gifted children are also being conducted.

The museum also won recognition at home and abroad with its custom-made special fragrance and extraordinary exhibitions.

He explained that they have taken new important steps since the history of the museum, that one of these steps is the exhibition titled, "Toprak" (Earth), which is on display now. He said pottery made by women from villages is presented together with the forms of Alev Ebuzziya, who is an important artist of today, in the exhibition.

The professor reported traditional and future thoughts are brought together with this exhibition, and therefore, the exhibition contributes to cultural continuity.

The Baksı Museum organized some events in music this year, and Koçan said that he prepared a book and a CD titled "Bayburt Folksongs," on this.

He added that they built an amphitheater for 500 people in nature which is close to the museum. They will introduce the theater to cultural life with many important concerts in September.

Another important project is the children's festival.

"We held a joint project together with Atatürk University and Karadeniz Technical University Fine Arts Faculty this year. We will organize their workshop in September. There will be a workshop titled 'creativity education' in this context. Thus, we will increase our contribution to the creativity field," he said.

Koçan said that work is continuing on their Women Employment Center, which has won international awards with its design.

"We are planning to create a brand where female labor is used in Bayburt. Our project was chosen as the most important one in the civil architecture projects category at AR MIPIM Future Projects Awards 2017 in Cannes province in France. I think this project will carry Bayburt to the world's architecture literature. It will be a project against industrialization, its slogan is natural materials, tradition, natural paint and handmade," he said.

Noting that another important aspect of this project is the kindergarten next to the building, Koçan said that women will have an opportunity to work and care for their children at the same time.