Of war and beauty: Photography of Werner Bischof 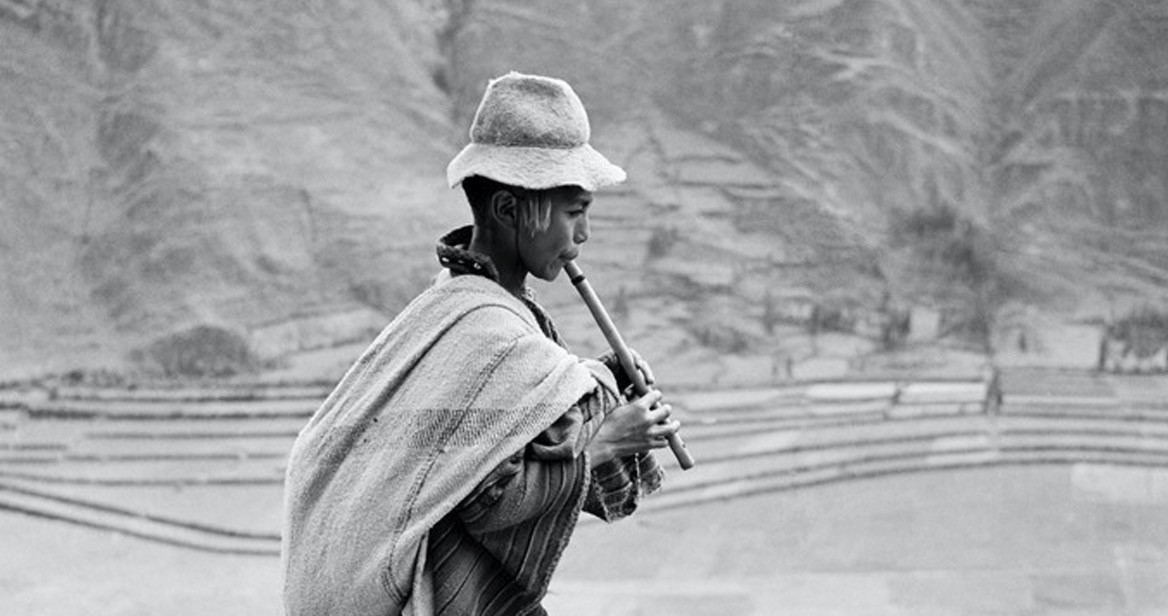 Swiss photographer Werner Bischof died too young, at age 38, on assignment in the Andes Mountains in Peru, while making a film that by the look of his still work would have been a visual feast. Inside the hip island of youth culture, Bomontiada, Leica Gallery will be displaying his works until Aug. 30

A scrolling text moves upward against a backdrop of the starry black universe at Istanbul's Leica Gallery, but it does not foretell of cinematic dramas on Tatooine, it abbreviates the sweeping biography of a young Swiss photographer named Werner Bischof, one of the 20th century's most important visual journalists and documentary artists, a globally-minded and altruistic seer in the tradition of the great mountain sages from the Alps to the Andes, where on May 16, 1954, he tragically saw his untimely end in a road accident. It likely happened along the impossibly steep inclines charted by whatever excuses for a road the remote Latin American landscape could offer the world's hardiest travelers, among them a European cultural ambassador with a camera and the eye of a true prodigy on his way to making history.

Fortunately for the living, and for as long as photography will be appreciated, he did not meet his mortal end without giving back a few silver slices of beauty from those mythical terrains that bore the Incan civilizations, the first to cultivate the all-nourishing potato from the dewy frost of the highlands where people are genetically fit for the thinner air. They don wide-brimmed hats and scuttle atop the sharp, green ridges with supernatural poise, lounging under the shade of slow-moving clouds before returning to subsistence work in the soil that grows traditional medicine like weeds, raised by spirits like Pachamama, goddess of Earth, life, fertility and crops to the Andean peoples whose Quechua language is still heard on the windy passes. 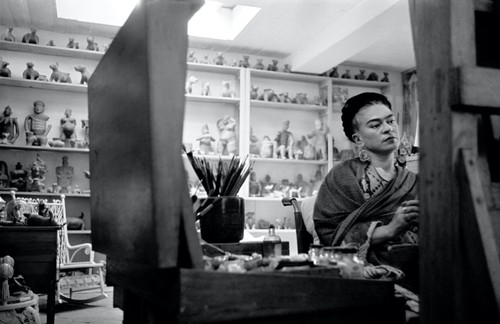 It was in that high, sacred area, where in 1954, the year of his last breath on the road to Cuzco, in the Valle Sagrado of the Urubamba river, Bischof captured the moment of a Peruvian boy playing his pan flute, now framed and printed at 73x73 cm as one of the first of 19 of his stunning black and white photographs at Leica Gallery. In the book published by Fotoğrafevi in honor of Werner Bischof, sold at Leica's store in Bomontiada, the preface is written by none other than Turkey's own master cameraman Ara Güler, who expresses nostalgia and sympathy, remembering his own assignment to the Andes from which he returned, while his dear colleague did not: "When I hear the name Werner Bischof, I see high mountains, sinking clouds behind and a shining sun. I think of how my friend wandered those mountainsides of Peru." Of his photography specifically, Güler wrote, "Wind blows within them. Bringing you a smell of a town... He reminds us where we are and what we are doing."

The title of the exhibition at Leica Gallery is Werner Bischof: 1936-1954, with 1936 being the date that he graduated from a newly established photography class in Zurich, taught by the eminent Hans Finsler, who is posthumously idolized at the Museum of Modern Art (MoMA)in New York, for assuming a principal position in modernist movements, with an interwar spirit likened to Marcel Duchamp, celebrated for enlightening the conceptual spaces where photography and other arts like sculpture overlapped. Many of Finsler's works are kept in the prestigious Thomas Walther Collection. In the mid-1930s, while the rumbles of war brewed in German-speaking lands, his transcendent techniques were indispensable for aspiring and fellow Swiss photographers.

Yet, for Bischof, in the authentic manner of someone with a prodigious gift yet initially unwilling to realize it, he had enrolled in Finsler's class with a weight in his heart, as he wavered over his true calling, often drifting to pursue painting before and during his early career. If the end of his life was a matter of fate, then it was also pure chance, as he is known to have said, that led to him down the path of his vocation. He sojourned to Paris in 1939 to paint, but his chosen university, the School of Applied Arts, was jam-packed to the extent that he was either discouraged, or repelled. It was that disheartening experience that prompted him to take his life into his hands, grab his camera and run headlong into the core of nature, where he immersed himself in sunlit, close-up photography, mastering flower portraits, and gaining a talent for abstractionism that comes with direct seeing into wild, organic forms. 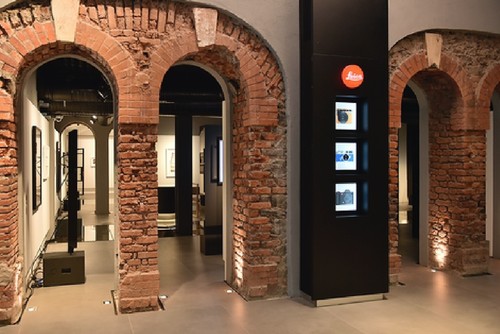 His love for painting did not diminish with his subjective surrender to become an artist of the brush and canvas. Instead, he took to picturing geniuses of the classical medium through his uniquely inspired lens. Leica Gallery displays his 1954 portrait of the unmistakable Frida Kahlo, with an almost sideways glance, as he doubles the frame, half-obscured ever so cleverly, by the corners of her easel and a box of oils. She is a stunning beauty, sitting in the wheelchair of her storied, bodily suffering, while behind her stand the pre-Columbian relics that she kept with her husband, the muralist Diego Rivera, which remain for wanderers and admirers to see in her preserved, Mexico City home.

In a way, Bischof earned his name by venturing down a road similar to Kahlo's attention to the gritty details of life's innate, inner suffering and the physical torments that rain down on everyone irregardless of color, class or belief, resembling the peculiarly Mexican inspiration for the Catholic deity itself mixed with the bloody, sacrificial rites of the Indigenous peoples, and from the Swiss perspective, of the total destruction of modern war. In 1942, with America on the frontline of World War II, Bischof freelanced for Du Magazine, publishing his first photo essays

as a member of the Allianz group of artists, formed in 1937 to advance the theories of concretism and constructivism proposed by Max Bill, who worked primarily as an architect after studying at Bauhaus under Wassily Kandinsky and Paul Klee.

His founding Allianz comrades, many whose prestige is faded by time, such as artists Verena Loewensberg and Leo Leuppi, were united under a hybrid focus that merged painting with graphic arts, among other disciplines. Influenced by the ideas that they brewed independent of the feverish, embattled public, Bischof finally made his breakthrough in 1945, gaining much-deserved prominent recognition for the first time after photographing the devastation caused by the air raids of WWII. A photograph from that last war year is exhibited at Leica, shot in Germany, in the region of Baden-Württemberg, in the town of Freiburg in Breisgau, captioned: "A man walks through the destroyed city looking for food." It has a narrative sentiment, as the lone, post-apocalyptic figure appears as one descended from space, dreaming beyond the ashes and rubble for what scraps might salvage life. He walks upright, and is dressed neatly, with dignity, ready for the remaking of the world as he holds a picnic basket in his arm surveying the brutal aftermath.

After a stint traveling through Eastern Europe, Italy and Greece with Swiss Relief documenting humanitarian efforts to repatriate and compensate for all of the wartime damage, Bischof then found spiritual fortune working in far-flung locales. He had learned the craft of conveying sympathy through an image by photographing the postwar oppressed before entering realms more deeply riven with historic injustice. For example, Leica shows his heart-wrenching piece from 1947 in Budapest, Hungary, captioned, "A train of Red Cross, transporting children to Switzerland" below the sight of a little girl staring through the glass of a train window as she rises to her feet, a paper tag knotted around her neck, as if she were transported goods. Later, in 1952, he is in the town of Pusan, which became the capital of the country during the Korean War, and he sees a young boy wrapped in a rough blanket, solitary in the foreground of what looks like a gathering of soldiers during a time of mass instability when the fledgling Republic of Korea, now known as South Korea, was conceived out of the national split that has not ceased to undermine the prevailing world order.

Ultimately, there was a Christmas in Budapest, in all probability in 1947, while Bischof was on assignment with Swiss Relief, when he wrote to his father, a keen amateur photographer himself, although a pharmacist by day who could never shake the feeling of wanting his beloved son to take quieter, safer work. Bischof the younger would not give an inch of his resolve, saying that he was not after personal sensation, and detested superficial, commercial work. He would keep exploring photography on the hardest of roads, seeking the means to change himself completely, not just as an artist, or journalist, but as a human being. No one can be sure if he felt that he had ever achieved his aspiration to personal wholeness, to self-transformation. At the very least he still wins over the hearts of those who see his photos, and through them, he changes the world, even if only little by little, one sliver of light at a time.