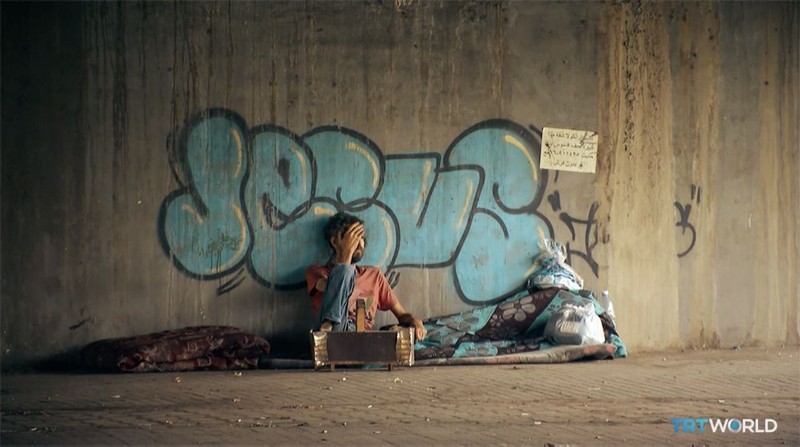 A documentary series telling the story of Syrian refugees in Lebanon and produced by Turkey's first English-language news channel TRT World has been nominated at the 46th International Emmy Awards, dubbed by many as the Oscars of television.

The International Academy of Television Arts & Sciences revealed the eight nominees in the International News and Current Affairs categories on Tuesday, with contenders from Turkey, Brazil, Denmark, Germany and many more.

TRT World's nominated documentary series "Off the Grid: Silent Death on Syrian Journey" tells the story of Syrian refugees who reach Beirut and resort to different ways, including selling their kidneys, to survive in an environment where finding food and shelter is almost impossible. Following the journey of refugees Abu Ahmad and Abdallah, the documentary showcases the difficulties the refugees encounter, their health complications following their illegal surgeries, the reality of organ trafficking, along with a shocking interview of an assistant surgeon who witnessed these acts.

The documentary, which was filmed in the back alleys of Beirut under the risk of death, also won the "Investigative Medium Award 2018" at the Documentari Inchieste Giornalismi (DIG) Awards in Italy.

The channel's documentary series "Off the Grid: Jarablus rising from the ashes" also won the Outstanding Documentary Production award at the BroadcastPro Middle East Awards in Dubai last November.

The television Emmys will be awarded in New York on October 1 at Jazz at Lincoln Center.

The International Emmy awards are presented annually by the International Academy of Television Arts & Sciences, which represents more than 60 countries and 500 companies from all sectors of TV, including internet and mobile technology.

Speaking after the nominations were announced, Bruce Paisner, President & CEO of the academy said: "Historically we congratulate our nominees for their persistence and bravery in covering stories, and now we realize we also have to congratulate them for standing up to governments who would severely restrict what they report or put them out of business entirely."

"You only have to look at the list of nominees to see all the problems in the world and how badly we need broadcast journalists to uncover misbehavior and raise awareness," he added.