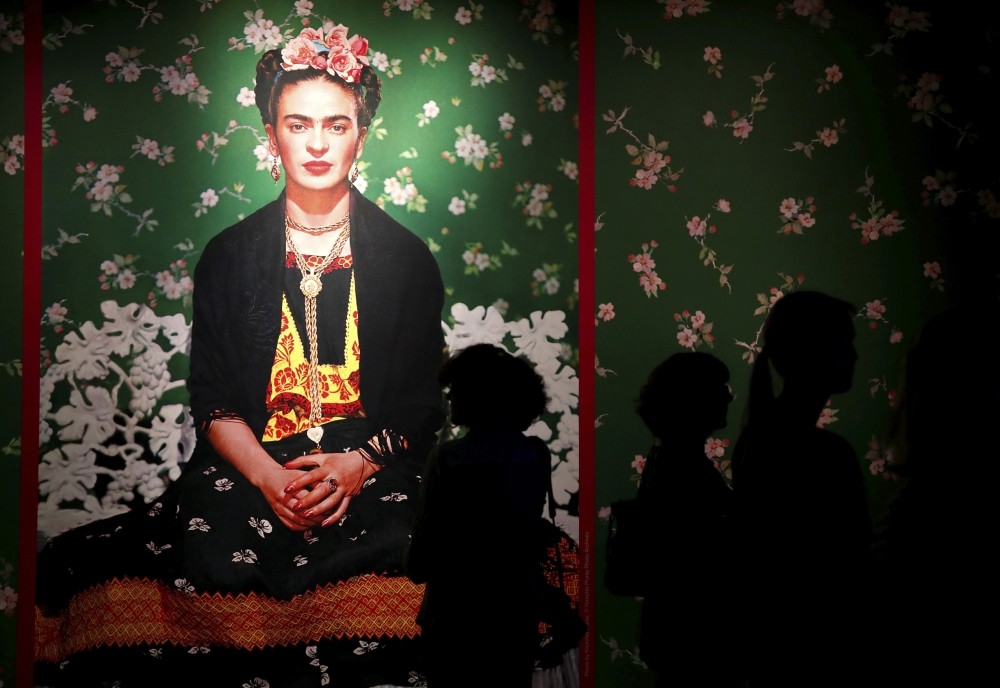 Visitors attend the u201cFrida Kahlo: Masterpieces from the Museo Dolores Olmedo, Mexico Cityu201d exhibition at the Hungarian National Gallery in Budapest.
by Aug 10, 2018 12:00 am

Having received appreciation all over the world, Frida Kahlo exhibition has arosed reverse reaction in Budapest as a right-wing newspaper has criticized it for ‘promoting communism'

Sixty-four years after her death, the personal life and politics of Frida Kahlo have come under scrutiny in Hungary.

A right-wing pro-government newspaper has criticised a hugely popular exhibition of her work at the Hungarian National Gallery in Budapest for "promoting communism".

The criticism comes as part of a wider national debate on culture and cultural policy since nationalist Prime Minister Viktor Orban won a third consecutive mandate in April. Orban's supporters and pro-government journalists have argued in the past weeks that after Orban won another strong mandate, it was now time for a shift in culture towards conservative values to end what they call a dominance of leftist-liberal artists.

In a July 14 article entitled "This is the way communism is promoted using state money", the Kahlo exhibition was listed in the right-wing newspaper Magyar Idok along with some other galleries, artists and exhibitions.

"You won't believe it but Trotsky has emerged in Budapest again, this time from Frida Kahlo's bed," the newspaper wrote, referring to her affair with Leon Trotsky, a key figure in the Bolshevik seizure of power in Russia, during his later exile in Mexico. Trotsky was assassinated in 1940.

Kahlo was affiliated with the communist Party of Mexico and is also said to have decorated the head of her bed with images of communist leaders Marx, Engels, Lenin, Stalin and Mao, according to Mexico's Museo Frida Kahlo. 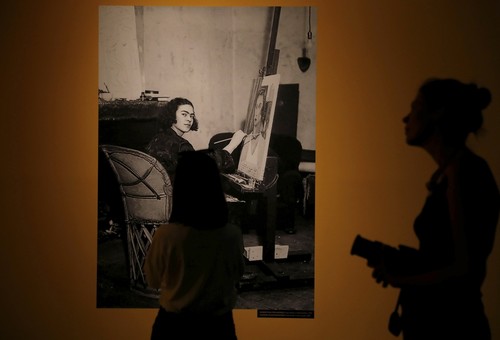 The Kahlo exhibition, the international musical Billy Elliot and a string of gallery shows have found themselves under fire in a series of articles in the newspaper.

The paper added there was "no aesthetic problem" with the exhibition of the "Mexican communist painter", which is drawing up to 3,000 visitors a day.

The National Gallery declined comment. Kahlo has become one of the twentieth century's most famous artists in the decades since her death, and her work draws huge interest.

The Budapest exhibition of paintings coincides with a Kahlo exhibition at London's Victoria & Albert Museum that focuses on her life story through personal artefacts.

Galvanising the debate about cultural policy, Orban said on July 28 major changes lie ahead in this field and his third election victory was "nothing short of a mandate to build a new era."

"An era is determined by cultural trends, collective beliefs and social customs. This is now the task we are faced with: we must embed the political system in a cultural era," Orban told hundreds of supporters in a landmark speech.

A government spokesman declined comment when asked about the looming changes.

Since Orban was first elected in 2010, his Fidesz party has rewritten Hungary's constitution, gained control of state media, and businessmen close to Orban and Fidesz have built empires.

Orban has successfully challenged western liberal taboos, winning the 2018 election with a strong anti-immigration campaign and by focusing on the importance of national pride and unity, and a "strong Hungary".

A group of around 60 artists and art historians signed a manifesto rejecting the listing of artists in Magyar Idok saying the attacks were unfounded.

In June, Magyar Idok also published an article by a guest commentator who accused the musical Billy Elliot in the Hungarian State Opera of spreading homosexual propaganda among its young audience. Billy Elliot has been on the programme for two years, with over 100,000 viewers so far. The State Opera cancelled 15 of 44 performances planned for June-July.

It said in a statement on its website the performances had not been cancelled because of the press controversy. But it noted people had lost interest in seeing the show following the coverage.

Tamas Fricz, a right-wing political analyst who has helped organise mass rallies for Orban, said the aim was "not to destroy liberal culture" but to adjust the system to reflect the right-wing conservative political dominance, while also preserving the values of liberal arts.

"The autonomy of individual institutions should be preserved but I think the government ... has the right to firmly and consciously favour and support conservative thinking, artists, works of culture," Fricz said.

One way would be to channel more money to historical movies showing the grand chapters of Hungarian history, he said.

"A conservative culture must build itself ... which would show the historical strength of the Hungarian nation," he said.