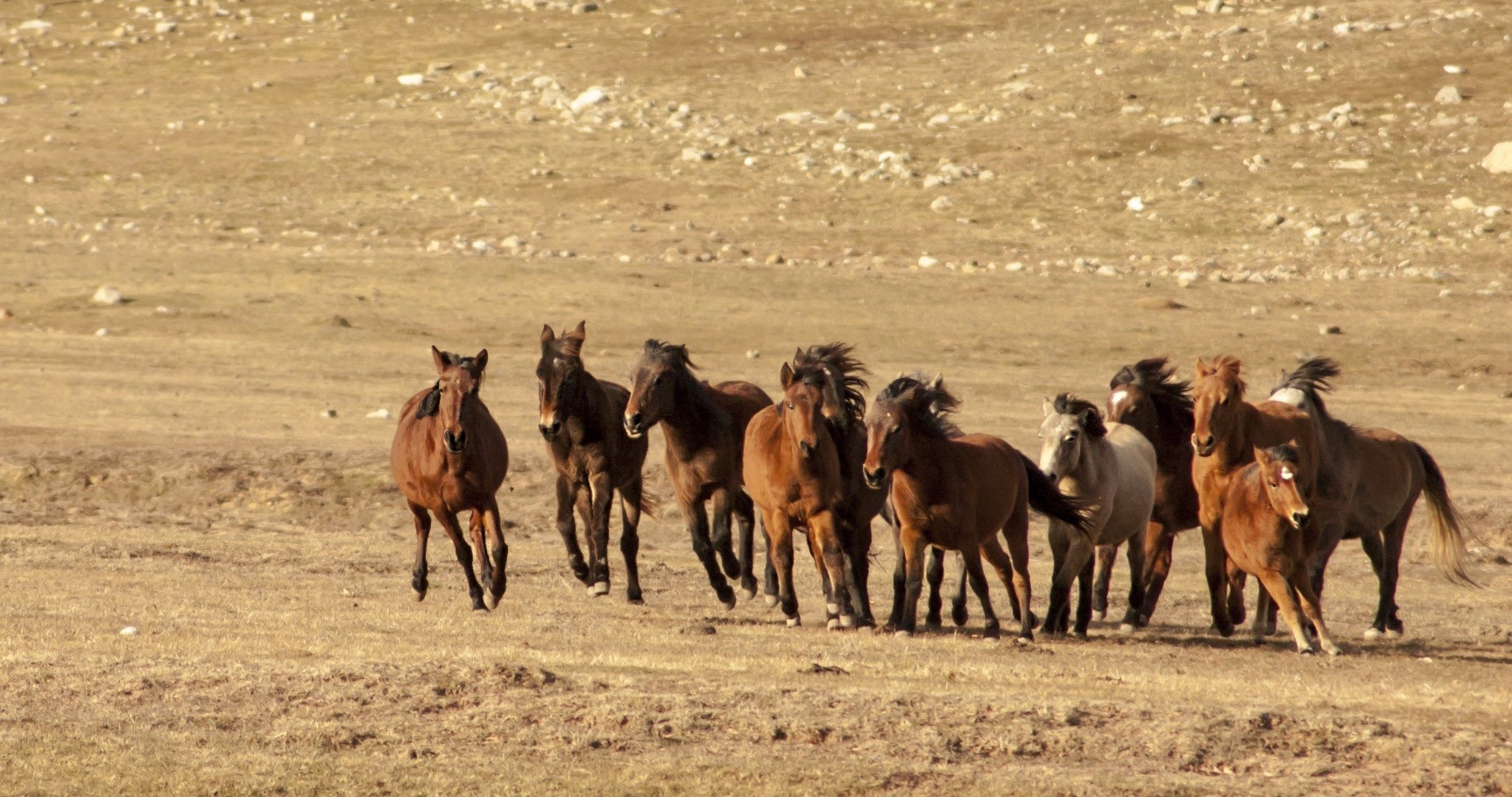 The free-roaming yılkı (feral) horses of Eynif Plain, located in the Ormana Neighborhood of Antalya's İbradı district, will become the subjects of a new documentary.

Nearly 50 herds with some 800 horses roam the area, making it a popular tourist attraction. The horses and their surrounding nature offer some beautiful views for travelers and photographers.

Ali Turan Görgü, an academic at Bilkent University's Faculty of Human Sciences and Letters, is shooting a documentary on the yılkı horses.

Görgü said the horses will be featured in the second episode of a documentary series, titled "Altaylardan Anadolu'ya" (From Altai to Anatolia).

He said that the horses of Eynif Plain have an authentic lifestyle and family order. "We will focus on the origins of these horses, where they came from and how they breed. We talked about the horses with local people. We are also doing some research to see whether they have any connections with wild horses. According to legends, some horses, called "ıdık" or "idük" in Göktürk language were released into the wild here.

"We will shoot the documentary over the next one-and-a-half years. We need to do a lot of research about the cultural features of the region as well as the biological and social aspects of the horses."

Tolga Özgüven, who manages a boutique hotel in Ormana, said that Eynif Plain spans over some 9,000 hectares.

About the yılkı horses, Özgüven said: "After the fall of the Ottoman Empire many soldiers returned home with their horses. But the military horses were of little use in regular work so they were released in the Eynif Plain. They were the ancestors of the horses that roam the area today."