Playhouse brings the Calais refugee camp to London in 'The Jungle' 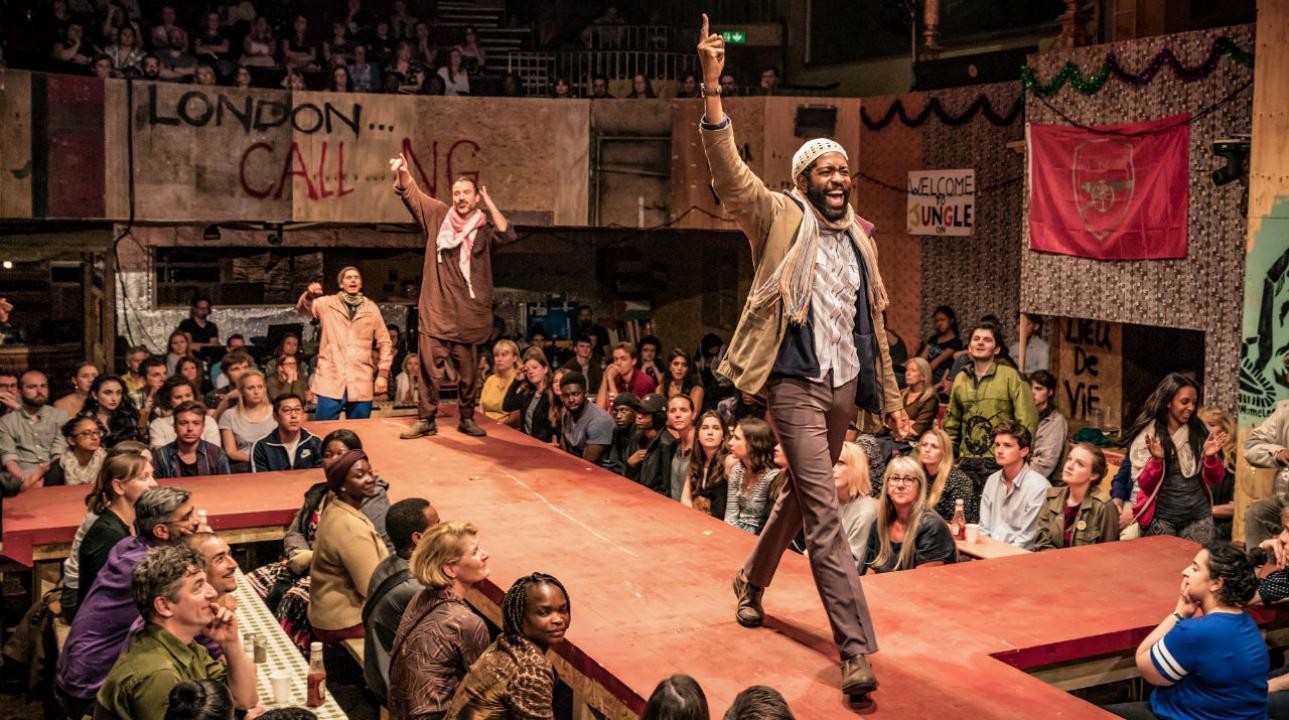 In 2016 the French police raided the refugee camp in Calais, which had grown into a little multicultural town filled with people wanting to make the passage to the promised land of England. ‘The Jungle' explores the characters and aspirations of the resident of this makeshift town, and the English volunteers who come to help them

A little French bashing goes a long way in England, whatever the context may be. This proves the premise for the play "The Jungle" at the Playhouse in London, telling the story of the infamous refugee camp in Calais that was destroyed by the French police in October 2016. The play starts with this destruction: We see anxious British "humanitarians" warning the camp's residents that the horrible French are coming. We learn that a young man from the camp has been found dead on a nearby road, and then we face the incoming French forces. This is, we are told by the narrator Safi, the end of the story. Safi, a graduate of English Literature from Aleppo University, then rewinds the narrative, and we get back to the beginning. 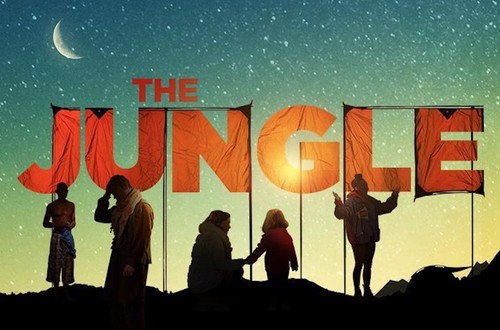 But before we begin at the beginning, a word about the staging, which is a particular aspect of the play. The stalls of the Playhouse have been arranged in "restaurant" fashion, where the audience sits at tables complete with cutlery, ketchup and napkins. The actors walk through them, sometimes pour them tea, and when important action is going to take place, jump on the tables to declaim whatever is on their mind. This restaurant is supposed to be an Afghan restaurant, the beating heart of the camp where different ethnicities gather together to discuss their problems. Afghans make up the majority of the refugees in the "Zhangal," the Pashto word for forest.

There are Iraqis, Syrians, Eritreans and Sudanese, living in different areas of the camp. Into this mix come the British do-gooders, a young woman (Beth) and man (Sam) of the privileged classes in their gap year, one no nonsense older woman (Paula) who seems a veteran of the aid circuit, another middle aged man keen on planning (Derek) and a drunken Geordie who provides the much needed comic relief at critical moments. They come from the promised land of England where all these refugees are trying to get to, because, apparently, the French are horrible to immigrants. But many of the camp's residents see through the benevolence of these sons and daughters of the land they want to get to. "I don't want England in Calais," says one of the characters, "I want England in England."

The evening keeps straddling "art" and "reality" because what we see represented on the stage as Calais is really no different than what you see on the streets of London, or indeed, what you see when you look around the audience. Although several of the characters say "This is not France" referring to the poor living conditions in the camp, the Jungle already looks like Paris or London in its diversity of faces and tongues. There is a very poetic moment where Safi, played by Ammar Haj Ahmad, eulogizes this diversity asking "When does a place become a place?" and describes the "streets" of the Jungle, its shops and worship spaces. We see the refugees play music and dance, cook and eat together. At one point, this London audience has to listen to the beautiful call for prayer and watch a number of men get out their prayer mats and pray on the tables. I think of Richard Dawkins' much discussed tweet in which he said he prefers a nice church bell to the threatening sound of the call for prayer, and the play gives the British audience a chance to judge for themselves whether the adhan is quite as fear inducing as this venerable scientist claims.

After we get to know the owner of the restaurant, and his protégé Norullah, the Brits start trickling in with their puff jackets and leggings. As they try to assess the situation in the camp to see how they may be of help, they also start assessing each other. Bernard Shaw's adage: "It is impossible for an Englishman to open his mouth without making some other Englishman hate or despise him" proves true here as well, as Beth and we in the audience realize there's something highly strung about the voice of the young man in the Barbour coat, played to perfection by Alex Lawther who seems to run a line in young men trying to shake off their privilege (see him also in "Goodbye Christopher Robin") Beth then asks the most crucial class question of where he went to school (not university as it may be in some other cultures), and it looks like the writers/producers Joe Murphy and Joe Robertson have decided to go the whole hog for Sam answers "Eton." One of his first reactions to the general atmosphere of the camp, with ethnic food and music is that it is like Glastonbury without the sanitation, which cuts to the heart of that very British establishment of elegant slumming. It is the height of festival season, and I can imagine much of the audience as having just returned from one festival where they've had to camp in the mud, and preparing to go to another.

Sam also proves to be the one who speaks proper French and so becomes the go-between between the local authorities and the camp. When the French official turns up on the scene, his French accent heightens the contempt in which he seems to hold the refugees. So we have the hapless but lovable English Sam facing the rigid and heartless institutions of the French. Beth takes a particular shine to an African refugee called Okot, and we see her trying to save him from the French police who have clearly beaten him in custody. It must give the Brits a warm feeling in their hearts to see how much more humanity loving they are compared to their Gallic cousins. In order to right the balance somewhat though, Paula complains about the British government's reluctance to take in unaccompanied children, a fault that is corrected by the great British justice system by the end of the play.

Still, through its music, dance and the wit of the characters "The Jungle" manages to rise above being a spectacle of misery. It manages to reveal the various political dynamics that go into the making of such a camp in Europe, without having to resort to exposition. When towards the end of the play we go live to the Calais where immigrants are still congregating, though not in such big numbers, we feel nostalgic for the difficult and vibrant place that was the Jungle. Thus, the play answers Safi's question of "When does a place become a place?" by intimating that it is testimonies and evocative stories that conjure up a place, and make it persist in memory.