2,000-year-old Aspendos lit up by opera and ballet 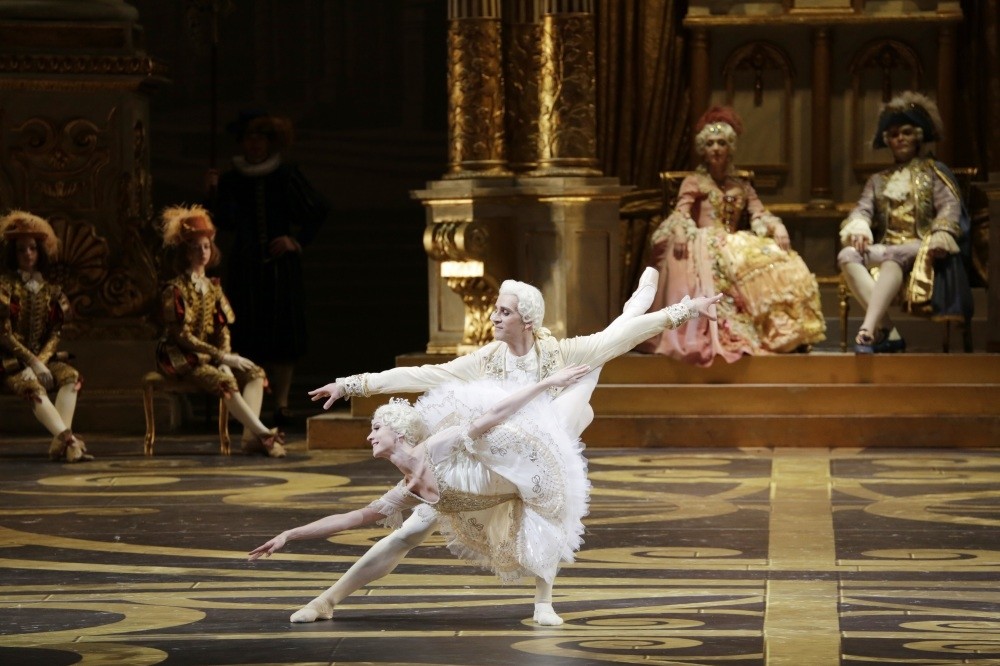 Having hosted many amazing festivals over the last 25 years, the ancient Aspendos theater in Antalya will be welcoming ‘Turandot,' ‘Zorba the Greek,' ‘the Bolshoi Ballet' and ‘Aida' from Sept. 4 to Sept. 18

Organized by the State Opera and Ballet and providing an important contribution to cultural tourism in the country, the International Aspendos Opera and Ballet Festival is to take place between Sept. 4 and Sept. 18 at the ancient Aspendos theater. The main media sponsors of the event are ATV and Sabah.Organized by the General Directorate of State Opera and Ballet every year since 1994, it is an artistically rich and nationally and internationally successful festival. For over 25 years the event has offered more than 200 local and foreign shows for audiences.

The International Aspendos Opera and Ballet Festival's will open with "Turandot." The show is to be performed by the Ankara State Opera and Ballet and will present a magnificent feast to art lovers on Sept. 4.

Turandot is an opera by Giacomo Puccini, which he couldn't complete as he passed away, and is about the marriage of the Chinese prince Turandot in Beijing, it is a musical structure combining comedy and drama.

It will be performed by Italian director Vincenzo Grisostomi Travaglini, and will feature world renowned tenor Murat Karahan, the general manager and general art director of the State Opera and Ballet in the leading role of Prince Calaf, alongside the vocalists and orchestra and chorus of the Ankara State Opera and Ballet. The conductor will be Alberto Veronesi.

Chinese Princess Turandot asks her suitors three questions, if they cannot be answered by the suitors they are executed one by one. The palace officials and Turandot's father want to put an end to this.

The festival will continue with the ballet "Zorba the Greek," one of the world's most popular ballets, which has been performed in more than 35 countries. It will be performed by the Ankara State Opera and Ballet and Orchestra on Sept. 10. To be conducted by Bujor Hoinic, Nikos Kazancakis's masterpiece will performed with the music of Mikis Theodorakis, and the ext and choreography of Lorca Massine.

It became one of the major works of international ballet repertoire with its premiere in 1989, the story starts with an American named John who arrives in a small Greek town. He falls in love with Marina and wants to become a part of the culture and traditions, his love is reciprocated. But the villagers object to this love as Marina has fallen in love with a foreigner and has ignored the love of a handsome young man from the village. However, Zorba, a friend of John looks after John and Marina. The couple get follow their hearts thanks to Zorba who is a strong and free man. The villagers try to protect their unity and traditions. Zorba saves poor John from the hands of the villagers but his lover Marina falls victim to the crowd looking for revenge. Zorba, who is weary of life, finds comfort while playing sirtos and John and others join him.

Star of the Festival: Bolshoi Ballet

The star of the event will be the Bolshoi Ballet. The Russian Federation's Bolshoi State Academic Theater's world renowned artists, orchestra and chorus will perform the "Bolshoi Ballet Gala Night" on Sept. 13. 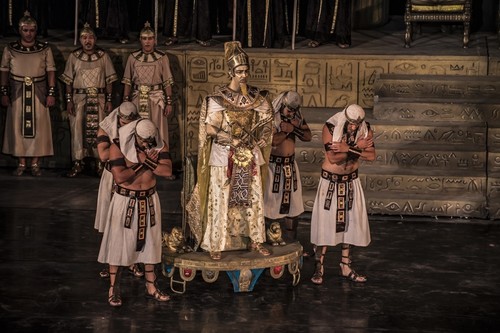 The work will be directed by Kuzman Popov and the conductor will be Alexandru Samoila.