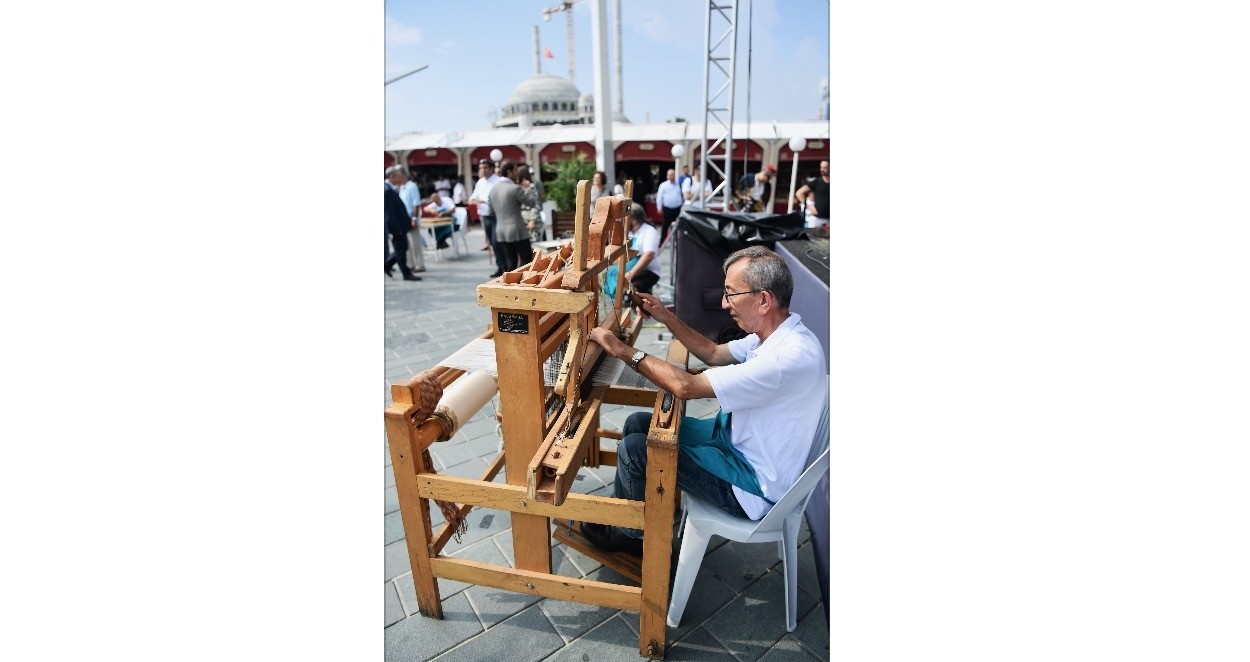 The 13th Golden Hands Traditional Handicrafts Festival, which is annually organized in Istanbul's historic Beyoğlu district, kicked off with a lot of enthusiasm this year.

Speaking at the opening ceremony, Beyoğlu Mayor Ahmet Misbah Demircan said they were more than happy in "keeping our traditional arts alive after 13 years by providing opportunities to our artists to sell their handicrafts."

Continuing to transfer the occupations that are about to be forgotten to the younger generations, the Beyoğlu Golden Hands Traditional Handicrafts Festival met Istanbulites for the 13th time at Taksim Square.

Many figures from the business, art, politics and media world attended the opening ceremony, which started with shows performed by folk dance groups from Anatolia and the Craftspeople Choir. The festival, which will go on for 13 days, has brought together many craftspeople from 55 cities across Turkey, among whom some are registered on UNESCO's Living Human Treasure List.

The festival is being held with the collaboration of Beyoğlu Municipality, the Ministry of Culture and Tourism, the Istanbul Metropolitan Municipality and the Culture City Foundation. Craftspeople will present their talents in many traditional handicrafts, including pottery, tile-making, woodcarving and bead-making. Attendees produce, present and sell their products in booths at the festival where visitors are free to see the production process.

Beyoğlu Mayor Demircan said that many handicrafts that have been gradually sinking into oblivion in Istanbul are being kept alive at the festival.

"There are 63 artists this year. Giving place to different artists at such an important point, performing different disciplines of our culture here and presenting all of these to our citizens are among the important duties that we have. Traditional arts lost their power day by day and came to such a situation that masters cannot sustain them by themselves. This festival has produced good results in keeping these arts alive and giving opportunities to our artists. This is not only a meeting point to come together with citizens but it is also an important place to find other people who trade in this business," he said.