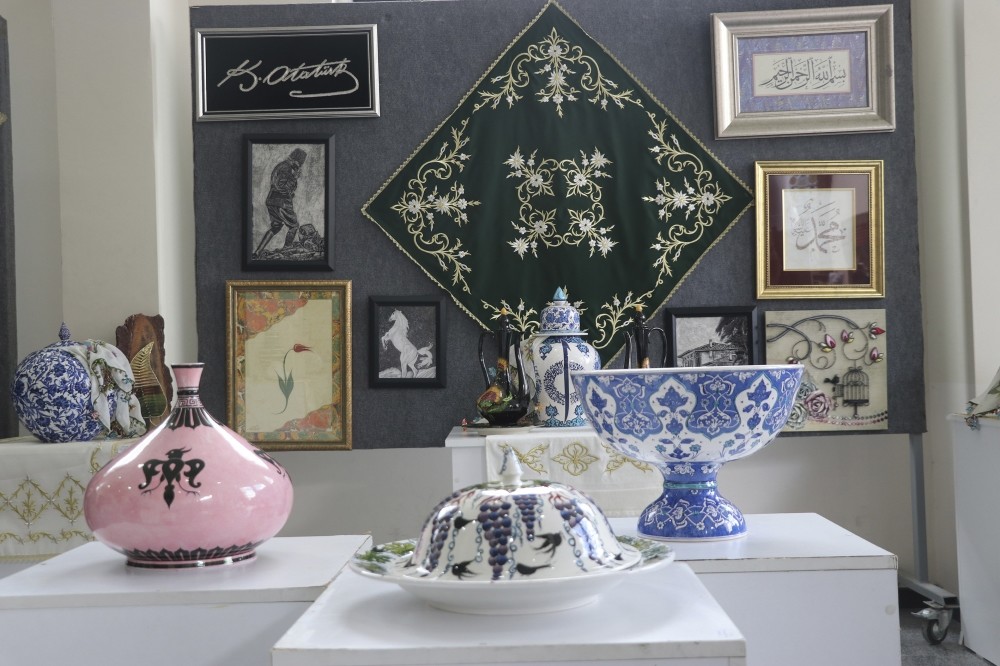 The 3rd Dumlupu0131nar Tile and Handicraft Festival presents famous tile examples from around the city and traditional crafts.
by Ihlas News Agency
Oct 03, 2018 12:00 am

The Dumlupınar Tile and Handicrafts Festival, being held for the third time this year in Kütahya province, kicked off with great interest and will feature famous tiles from around the city

The 3rd Dumlupınar Tile and Handicraft Festival, which is organized with the cooperation of Kütahya Governorship, Kütahya Municipality, Kütahya Dumlupınar University's (DPU) Tile and Ceramic Research Center, DPÜ Kütahya Fine Arts Vocational High School, Kütahya Chamber of Commerce and the Industry and Zafer Development Agency, kicked off on Oct. 1 and will continue until Oct. 5. 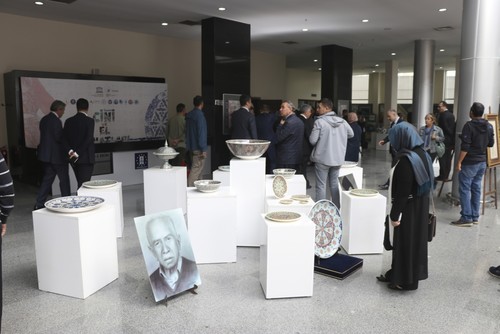 Extending thanks to the contributors, Saraçoğlu said the festival, which is very important in UNESCO's Creative Cities Network process, has been announced on UNESCO's official website, which is visited nearly 250,000 times on a daily basis. "Kütahya was named one of the new members of the UNESCO Creative Cities Network on Oct. 31, 2017, receiving the title of Creative City in the field of Craft and Folk Arts and thus becoming one of the 180 cities in the world recognized by UNESCO as a Creative City," he added.

Following the protocol speeches, tile artists Mehmet Koçer and Mehmet Ulusoy, who adorned the Kütahya city gates with both Seljuk motifs and tile patterns, were given "Those Who Add Value to the City" awards by Saraçoğlu. Kütahya's city gates, one of the vision projects of Kütahya Municipality, are located at both entrances of the city on Eskişehir and Afyonkarahisar roads. Saraçoğlu thanked master tile artists Koçer and Ulusoy for their efforts and hard work and presented their awards.

Later, as part of the lifetime achievement awards for those who add value to the art of tile, a video prepared for doyen tile artist Hamza Üstünkaya was presented to the participants. Following the video presentation, Üstünkaya delivered a speech, thanking the artists and art lovers. He was presented the award by Governor Ahmet Hamdi Nayir. After the award ceremony, the opening ribbon of "Hamza Üstünkaya's Life and Tiles" exhibition was cut by the protocol members. Saraçoğlu toured the exhibition and received information about the works from tile artist Hamza Üstünkaya.