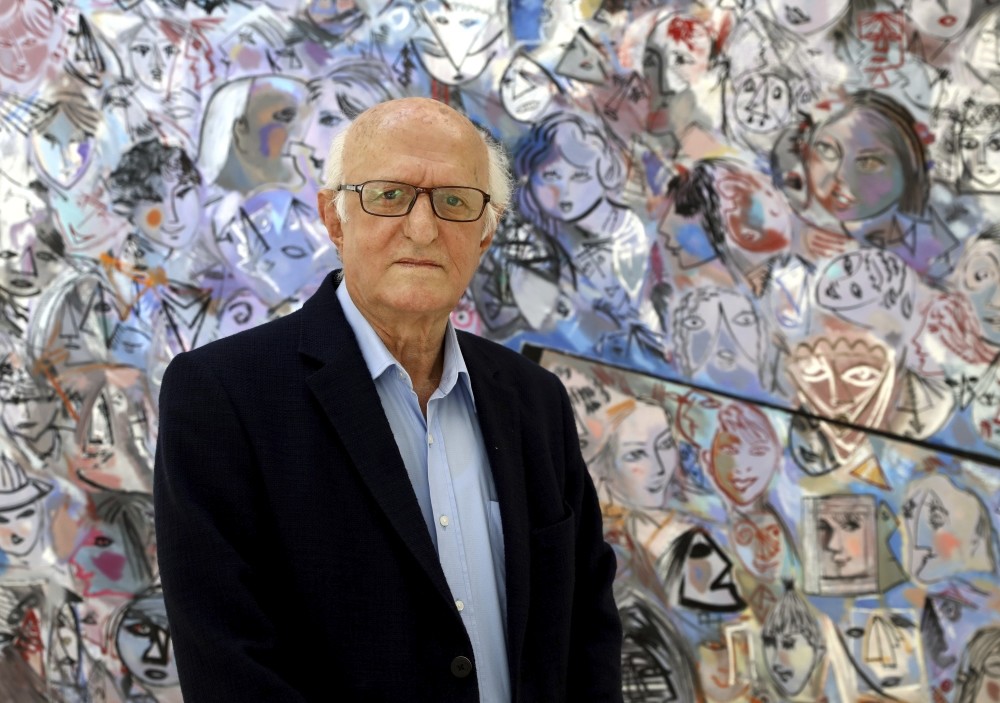 Bringing prominent Turkish painters together with art enthusiasts, İş Sanat Kibele Gallery will display the colorful and figurative pieces of Mustafa Ayaz, who celebrates his 50th year in art, in the first exhibition of the season.

The artist describes art as transforming love, joy of life and desires on the future, and he exposes his colorful crush on figures and themes at the exhibition. By observing the unique figures, art lovers will have the chance to witness his journey of painting and how his style has changed over time.

Ayaz produced abstract-expressionist pieces in his very first years in art and changed his way toward an understanding of calligraphy in the 1970s. As he had the chance to closely observe the daily lives of locals in Turkey's Black Sea region due to his origins, he started to produce pieces promoting women. 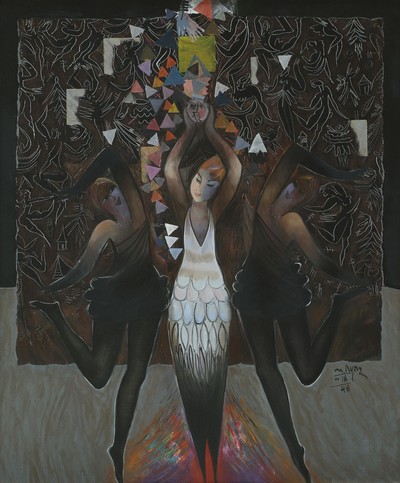 With the woman figures he features in his works and his own portrait, Ayaz makes references to the relationship between women and men. He emphasizes the flamboyant woman image in his works.

With the woman figures he features in his works and his own portrait, Ayaz makes references to the relationship between women and men and he emphasizes the flamboyant woman image he portrays all the time.

He notes that the art of painting is a tool for an inner voyage.

"I wanted to show and expose how learning to read and write and plastic expressionism were gradually changed on the basis of our lives and thoughts in addition to creating a character line," he said of his retrospective.

For his passion for painting, Ayaz says, "I draw with love, I love by drawing." Holding many solo exhibitions in addition to taking part in various group exhibitions, the artist's pieces were ranked in many private collections both in Turkey and abroad. Exposing elaborated figures by Ayaz, the exhibition is open to visitors at İş Sanat Kibele until Nov. 3.

Born in Turkey's Trabzon province in 1938, artist Mustafa Ayaz studied at Central Primary School of Çaykara. As his ability in drawing was discovered at a young age, he was called out for the painting workshop at Istanbul's Çapa Teacher Training School for Primary Schools after an examination.

He graduated from Ankara Gazi University Training Institute's Department of Art Teaching in 1963 and he started to serve as an assistant in the same department.

After presenting his thesis on archaic, classical and Baroque styles, Ayaz was assigned to the Gazi Training Institute's Department of Art Teaching as a teacher.

He founded the Mustafa Ayaz Museum and Plastic Arts Center in Ankara through his own means, and has more than 400 pieces in foreign collections and close to 4,000 pieces at home.