'Nothing Unchanged but the Clouds' now on display at Adahan Istanbul 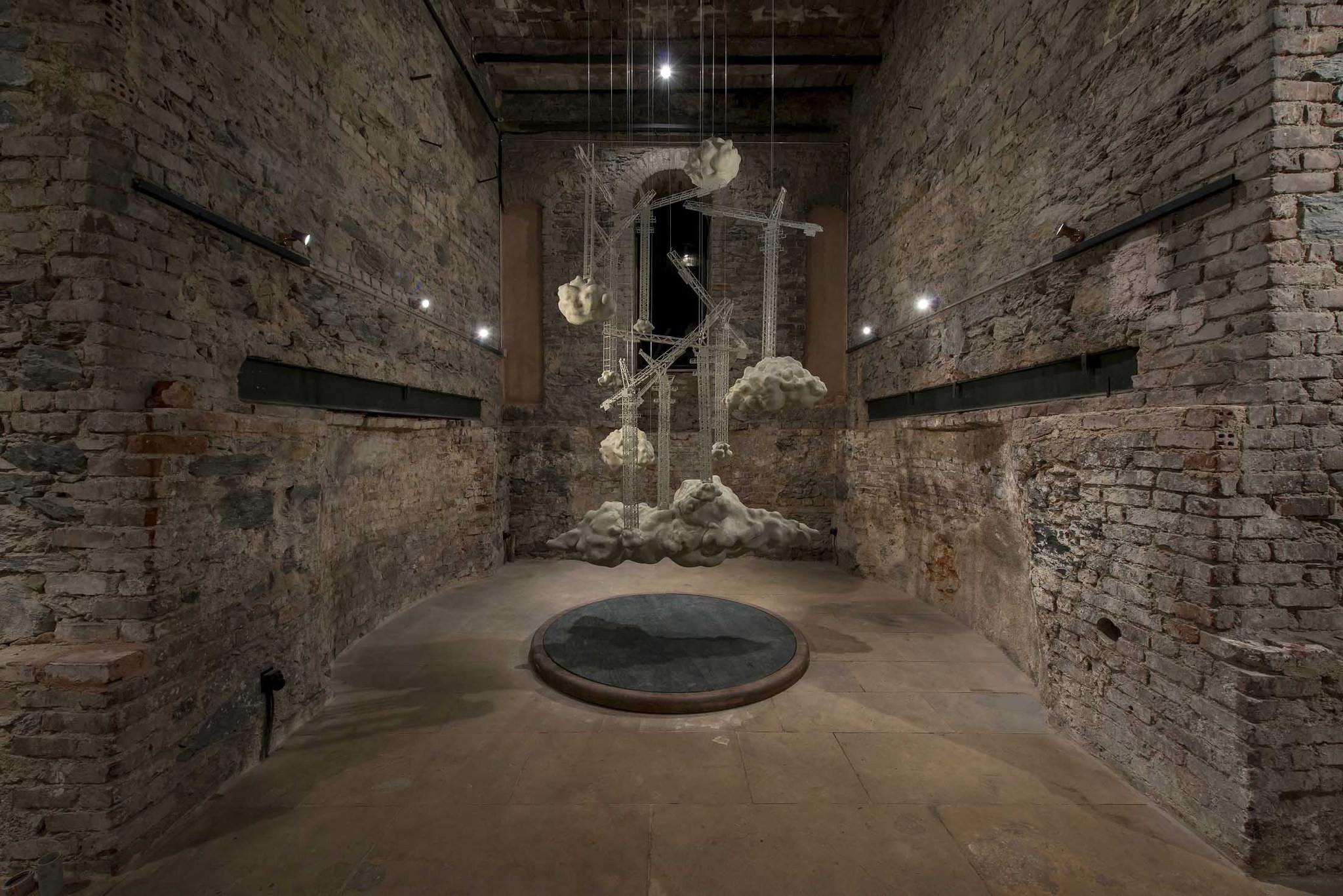 The exhibition "Nothing Unchanged but the Clouds" by Güneş Çınar is showing at Adahan Istanbul until Oct. 31. Çınar scrutinizes urban transformation. With animal figures such as a mouse, crows and a lizard he combined with scenes from the city; the artists studies the human relationship with nature, city and ultimately with itself.

"Nothing Unchanged but the Clouds" exposes the effect of urban transformation both on humans and animals. Taking its name from a sentence from Walter Benjamin's essay "Storyteller," the exhibition presents paintings, sculptures and installations that are masterly examples of allegoric expression focusing on city and environmental problems. The artist, who produces her works by looking at the idea that the liberating effect of fiction creates a shelter, follows the traces of a dark, fantastic world beyond the reality in her works. Fed by the tension that metropolitan people experience, Çınar draws a city that can be nearly described as a "post-humanity" portrait. The artist, who sometimes presents various venues in the city as a tale or dream with mythological figures or a scene from a nightmare, uses animals in the leading role.

By installing her exhibition, which can be taken as a bridge between fiction and reality, around the well hole located in Adahan Istanbul, Çınar also connects with the rabbit hole in the novel "Alice in Wonderland." The installation "Nothing Unchanged but the Clouds" hanging just above the well hole reminds spectators that urban transformation will never come to an end, with clouds and builder's winches. The catalog writer for the exhibition, Nilüfer Şaşmazer, states that the installation, which is located at the center of both the venue and the exhibition, refers to the history of the Adahan building. Rumor has it that the building was constructed by using rocks that had fallen down from the walls of Galata Tower in the 19th century. By stressing that the exhibition beams visitors to a pessimistic future program, operating as a time machine in a way, Şaşmazer, on the other hand, states that the artist exposes Istanbul, which is also the city where the artist was born and grew up, with an uttermost reality and adds, "All in all, this exhibition tells the story of us and it is up to us how to conclude the story." The exhibition "Nothing Unchanged but the Clouds" by Güneş Çınar is open until Oct. 31 from 12:00 a.m. to 07:00 p.m. at Adahan Istanbul. Admission to the exhibit is free.

The artist earned her B.A and M.A degrees at Mimar Sinan Fine Arts University, department of sculpture, between 1998 and 2006. Between 2008 and 2013, she completed the program "Proficiency in Art." She held her second personal exhibition at Çağla Cabaoplu Gallery in 2014 after holding her first in 2010. She also attended many group exhibitions, fairs, symposiums and workshops in many places, including Istanbul, İzmir, New York, Miami, Berlin, Basel, Paris and Salzburg. Her article "Sanatçı Yapıtlarında Bir Esin Kaynağı Olarak Nadire Kabineleri" ("Cabinets of Curiosity as an Inspiration Source in Artist's Art Works") was published by Hacettepe University Faculty of Fine Arts Publications in 2016. Çınar's works are inspired by the dreams, nightmares and tales of the city. The artist explores the contexts of the urban and urbanites within a subtle, hierarchical frame aroused from the fears, anxieties and conflicts of individuals in the metropolis.