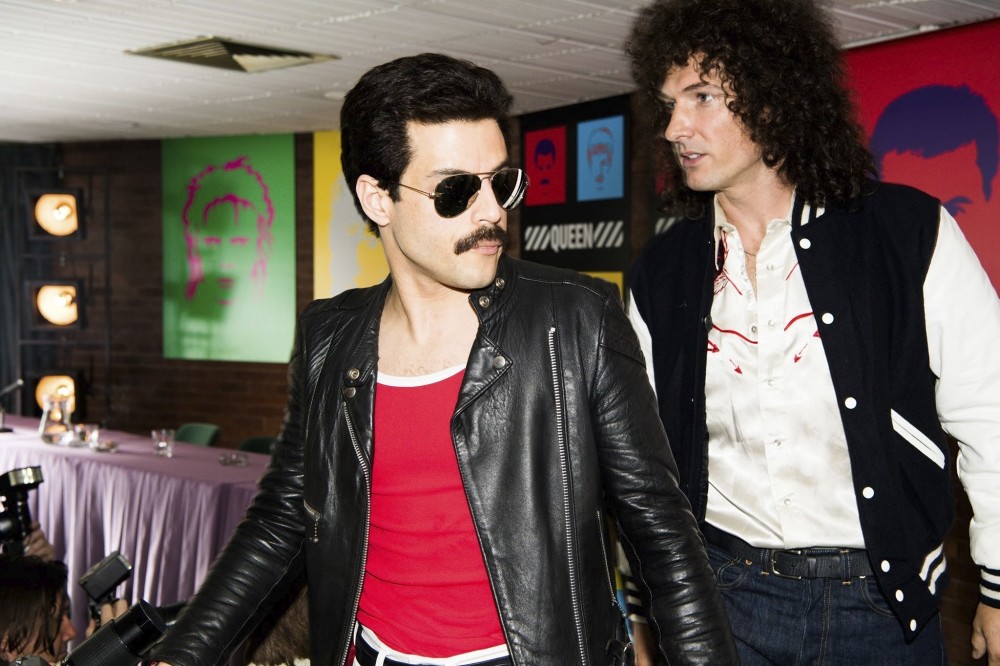 Honoring a global phenomenon that has spanned generations and cultures, "Bohemian Rhapsody" pays homage to Queen's music and their iconic front man Freddie Mercury, who became a legendary artist that defied cliches. The film will be shown at ZORLU Performing Arts Center's (PSM) Turkcell Stage on Oct. 31.

The documentary will be released across Turkey and worldwide on Nov. 2.

The movie, which details how the song "Bohemian Rhapsody" was written, is not just the story of Freddie Mercury and the band but also how they created their iconic sound. The movie expands on the victorious union before the Live Aid concert in 1985, which was one of the most famous performances in rock music history, along with having a look at the rise of Queen's iconic songs and the revolutionary sound of Freddie Mercury and his life-threatening illness as well.

Produced by Graham King, Robert De Niro and Jim Beach, the story was written by Peter Morgan and Anthony McCarten. The band's guitarist and also one of the founders of Queen, Brian May, and its drummer, Roger Taylor, were also part of the creative team and ensured that the documentary remained accurate. King said, "The movie tells their life stories, and no one knows it better than them," adding: "You can read a lot of books or articles, watch many videos and interviews, but when you sit down with these people, only then can you uncover the truth about Freddie that you haven't heard until today. It was very meaningful for me. We felt we shouldn't shoot the movie until everything was right; the story and actors had to be in place. My bottom line was that everyone be proud of the narration and their stories that will be displayed around the world."

For "Bohemian Rhapsody," Bryan Singer, the director of the X-Men series and "Superman Returns," sat in the director's seat, while Freddy Mercury was played by Rami Malek. Other characters include Brian May played by Gwilym Lee, Roger Taylor by Ben Hardy and John Deacon by Joseph Mazzello. The movie focuses mainly on Queen's iconic Live Aid performance, one of the most important cultural events of the 1980s that brought together the world's greatest superstars in a two-event series, one on Sept. 13 1985 at Wembley Stadium in London and one in John F. Kennedy Stadium in Philadelphia. It was organized by Bob Geldof and Midge Ure to raise funds for those affected by the famine in Ethiopia, broadcast via satellite and watched by 1.9 billion people in 150 countries worldwide. Tickets can be purchased at ZORLU PSM's counter and from Biletix; the has event limited seating and Radio Eksen DJs will be performing after the screening for an "oldies party."

The soundtrack of the long-awaited movie detailing the story of the band, which has impressed millions, and Freddy Mercury, their extraordinary vocalist, has been released. The album includes recordings from Queen's Wembley Live Aid performance from 1985.

The album consists of 22 tracks and was produced by Brian May and Roger Taylor, while the sound engineering and coproduction were carried out by Justin Shirley-Smith, Kris Fredriksson and Joshua J. Macrae, whom the band has worked with for a long time in studio.