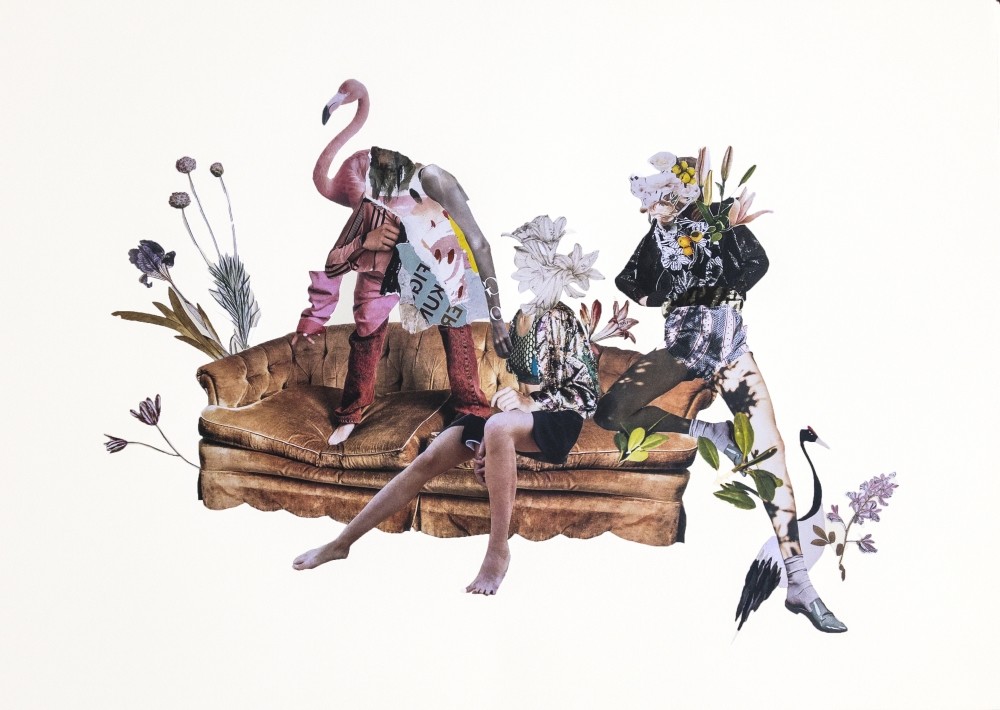 Anna Laudel Contemporary will host three solo exhibitions by three female artists, focusing on issues such as migration and identity, existence and the universe from Nov. 15 to Jan. 6, 2019

Set to open on Nov. 15, the exhibitions to be showcased are "Happy at Nowhere" by Ekin Su Koç, "Another World" by Tuğçe Diri and "States of Being" by Tülay İçöz. The works focus on themes ranging from migration and identity, to the link between traditional cultural infrastructure and to existence and the universe.

The exhibitions will be held across three floors of exhibition space at Anna Laudel Contemporary until Jan. 6, 2019.

Ekin Su Koç, who works on themes of migration, sense of belonging and body perception, recently worked with fabric as well as techniques such as collage on paper and paint on canvas. The elements and images in her paintings touch upon both personal and social references regarding her time, spaces and people's effects on herself who pass through her life.

The artist allows us to observe the process of her moving from one country to another and keeping the pieces of her own roots together. Fish bones, Ottoman fabrics, maps, black and white photos from old immigrant houses, lace, images and pieces of different hair models/colors, sexless or multi-sex figures; all these details we see in the artist's works reform and shape a whole body composed of different body parts. The works that allow us to follow the subconscious flow of Koç, and the themes regarding the sense of belonging and creating new identities and bodies form a new language by interpreting a visually and conceptually rich, imaginative and playful world, asking questions around happiness and unhappiness. 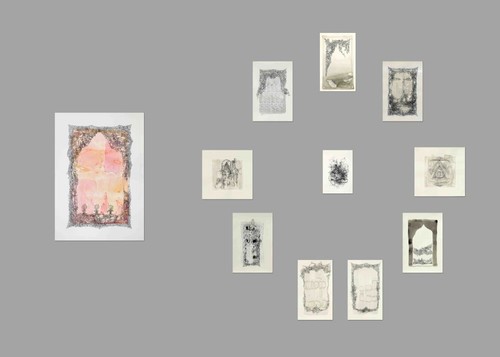 Tuğçe Diri describes her work as an effort to place her vital reality, plastically. It is based on her experience and on the geography that she lives in. The artist works with different mediums such as drawing on paper, canvas and lace and acrylic on canvas. Although the artist uses contemporary forms of expression, traditional arts are the starting point of the production process for her.

The search for a link between the traditional culture and the contemporary production practices can be observed in the works of paper works, influenced by the art of illumination.

The series "Another World," which could be described as timeless, space-less but familiar, creates a bright, utopian and sometimes childish pictorial language.

Her works are influenced by Ursula K. Le Guin and by reinterpreting the forms in nature, there are ambiguous realms that the tissues expand on the surface. The bright focal points in the vague areas of her paintings span the audience in a talismanic manner, as if there were life energies from the forms themselves. The final series of canvas and lace entitled "Symbiotic" as the last stage of the whole process, conveys a structure where the patterns and laces can exist together.

Tülay İçöz's practice of sculpture is based on the ideas of existence of universe and human beings. The sculptures show the dynamism and incompleteness in the process of existence.

The cycle of the universe makes references to the waves of energy that connect us to each other with the effort of formation and completion, and to the constant rotation of the world.

The rotating earth and all the waves and frequencies emitted over time try to spread their inner energies into all beings.

These waves are carved in the organic material, wood, which looks as if it is exploding at the center like an opening flower. The waves, which are embodied in sculptures that reflect the skeletal structure of the human body, are also transformed into a force that provides energy to our body. Although the waves that are embodied on the wood, as a metaphor for bodily energy, the shadow of the spiritual is infiltrated into the material world, showing the possibility of temporality and disappearance.

Some parts of the sculptures are static, some of them are dynamic, and they have the possibility of cyclical or routine movement that carries the possibilities of existence and absence. Therefore, these sculptures constantly move as concrete beings in which the waves of existence, sensual and spiritual energies have been made visible since the Big Bang.