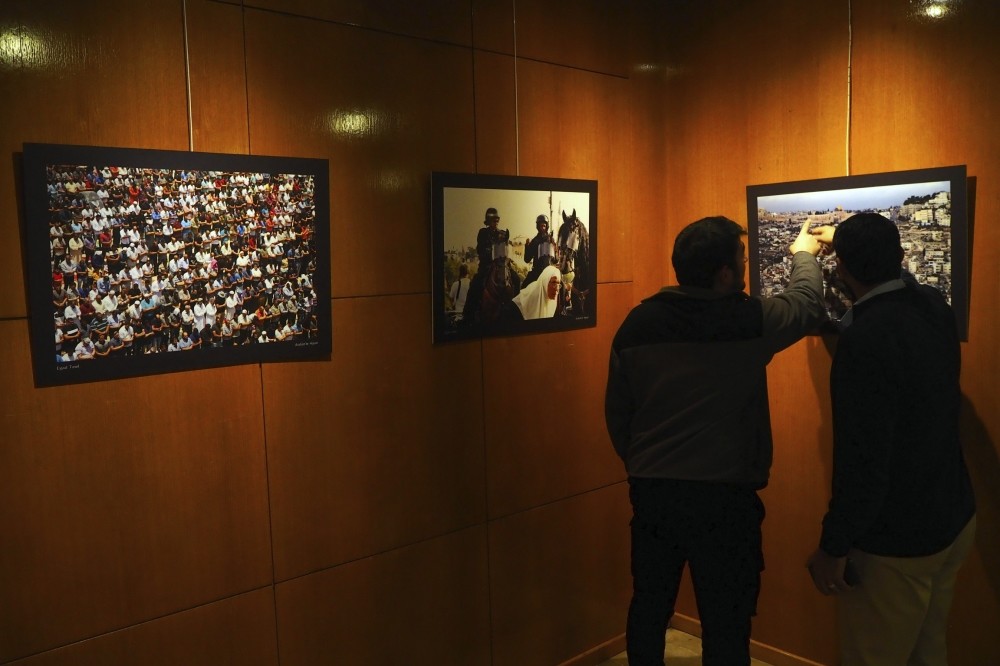 The "Life in Jerusalem: In the Eyes of the Photographers from Jerusalem" exhibition, organized in collaboration with Istanbul Metropolitan Municipality's (İBB) Directorate of Culture and the Yunus Emre Institute (YEE) and curated by Lütfi Şen, met art lovers at Cemal Reşit Rey (CRR) Concert Hall last week.

The opening event of the exhibition, which was held in Istanbul to depict the lives of people from Jerusalem and to show all aspects of life in the city, was attended by famous photographers Iyad Tawil, Mohamad Dweik, Ata Jaber, Mostafa Alkharouf and Faiz Abu Rmeileh, who are the organizers of the exhibition.

Istanbul photos to be exhibited in Jerusalem YEE Director of Strategy Development Bülent Üçpunar said that they, as the institute, conduct their work in 156 different points of the world to consolidate the friendship between Turkey and other countries.

"Palestinians produce countless beauties every day. As a cultural institution, we wanted to make a work about the flow of life in Jerusalem and the exhibition 'Life in Jerusalem: In the Eyes of Photographers from Jerusalem' was conducted with the valuable contributions of our Istanbul Metropolitan Municipality. We are pleased to bring this precious exhibition to Istanbulites and to host our artists in Istanbul. At the same time, we aim to exhibit the photographs taken by our artists from Jerusalem during their time in Istanbul at the beginning of 2019," he said.

The exhibition features impressive photographs of Jerusalem, which is one of the most photographed cities in the world and also considered to be holy, and will be open until Dec. 14.