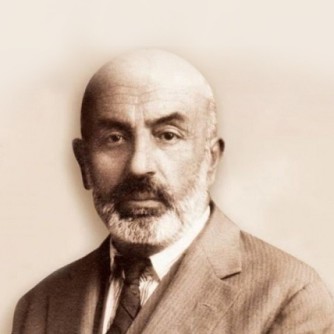 The writer of Turkish National Anthem, the great late poet Mehmet Akif Ersoy will be honored.
by Daily Sabah Dec 13, 2018 12:00 am

A historian, a musician, a cinema professional and a photographer will be awarded the Presidential Culture and Arts Grand Awards this year. The honorary award will be given to the late national poet Mehmet Akif Ersoy to celebrate his illustrious career

Turkey's 2018 Presidential Culture and Arts Grand Awards were announced on Monday, honoring the achievements of a historian, director, composer and photographer, as well as the late poet Mehmet Akif Ersoy. The awards will be presented on Dec. 17 at the Beştepe Presidential Complex in the capital Ankara.

The award recipients were announced during a session of the Council of Culture and Arts Policies, chaired by President Recep Tayyip Erdoğan.

For the history and social sciences field, the council awarded the prize Mehmet İpşirli, a veteran Turkish historian. The council named Türker İnanoğlu, a prominent film producer, director and screenplay writer, as the winner in the field of cinema. Erol Sayan, a composer, is set to receive an award for his achievements in music. İzzet Keribar, a veteran photographer, was also awarded.

Mehmet Akif Ersoy, who is known as the "national poet" of Turkey and the author of the Turkish national anthem, was named the winner of the Loyalty Award. 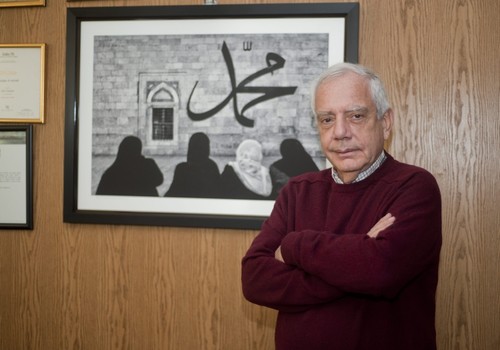 Having gained fame as a highly skillful and productive photography artist, İzzet Keribar was born in 1937 in Istanbul and he started photography with his family's Zeiss-Ikon camera.

He pursued his interest in photography after his brother's interest began in 1952 and he bought his first camera at the age of 17. He purchased a German Regula and a Leica IIIf after a year.

In 1953, he graduated from Saint Michel French High School. He went to South Korea for military service in 1957. He developed his personal technique while taking photos of the Turkish Brigade in Korea. But he didn't have much interest in photography for a long time after he returned to Turkey. Vintage Swiss stamps, antiques Meissen and Vienna porcelain, Vienna porcelain, classical western music and interior decoration were more interesting to him at those years.

However, as of 1980 he became interested in photography again. He ran a textile business until 1997 for a while. He was a very successful businessman in the vicinity of the Sirkeci district of Istanbul. However, when he realized that the textile business was not going to be satisfactory due to a period of economic crisis, he completely devoted himself to professional photography. Keribar, who started photography in 1952, deems 1980 as the second birth of photography for him. He has attended various photography and slide exhibitions in Turkey and abroad since 1982. He frequently attends juries of national and international photo contests.

He has various prestigious awards. He won A. Fiap (Artist) and E. Fiap (Excellency) titles from the International Photography Federation. He was also awarded with the title Academic Success Chivalry by the French Ministry of Culture. He also won second place and first place at the Fuji European Press Awards along with the Grand Art Prize of Ministry of Culture and Tourism in 2011. The artist can speak Turkish, English, French, German, Italian, Spanish and Greek, and is a member of Istanbul Photography and Cinema Amateurs Association (İFSAK). He still teaches photography at many institutions. 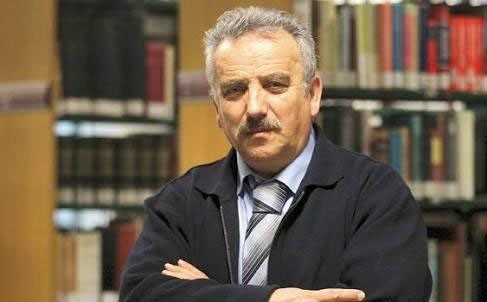 Historian Mehmet İpşirli was born in 1944. He graduated from Istanbul University's Faculty of Literature, Department of History, Ottoman Empire and History of Civilization Major in 1970.

İpşirli completed his Ph.D. at Edinburgh University between 1971 and 1976. He started working as an assistant in his major department in 1976. He became an associate professor with the thesis "The Institute of Kadıaskerlik (Ministry of Justice) in Ottoman Empire" in 1982 and he rose to professorship with his "Court Registry in Terms of Diplomacy" in 1988. 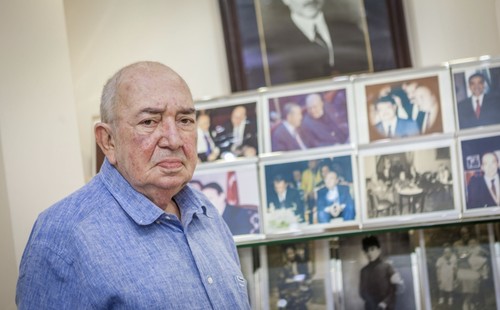 A doyen in Turkish cinema, director and producer Türker İnanoğlu was born on May 18, 1936 in the town of Safranbolu in Karabük province. He completed his primary and secondary education in Safranbolu, and his high school and higher education in Istanbul. He graduated from the Applied Fine Arts Academy Graphic Design Department. Then, he moved to cinema.

İnanoğlu worked as an assistant in nine movies to Ömer Lütfi Akad and Nişan Hançer. He started directing movies with "Senden Ayrı Yaşayamam" ("I can't Live without You") in 1959. After shooting 10 movies to producers of Turkish Cinema, he established his own company Erler Film in 1960, which is still one of the oldest and longest-lasting movie companies of Turkey. İnanoğlu directed 66 feature films in total.

In 1979, he established Ulusal Video Company and initiated the video rental business for the first time in Turkey. In 1985, he founded a studio to produce television programs. He created news and entertainment programs to TRT, the only broadcaster in Turkey at the time.

He welcomed the president of the time, Turgut Özal, at his program "İcraatın İçinden" ("From within Service") and also hosted Yıldırım Akbulut and Mesut Yılmaz, during their time as prime ministers in 1987.

He acted as the chairman of TV channel ATV in 1994. He founded TÜRVAK (Türker İnanoğlu Cinema Foundation) and transferred all of the films and TV programs he had the rights to, to this foundation. The foundation continues providing financial aid to cinema workers and their families who are in financial needs and gives scholarships to students, who want to study cinema at departments of universities.

İnanoğlu founded the TÜRVAK - Cinema and Television Education Center, which offers training in cinema and TV with 16 classrooms. TÜRVAK - and the Cinema Theater Museum as well.

His life is described in detail in the book "Mr. Cinema" written by Giovanni Scoglamillo. 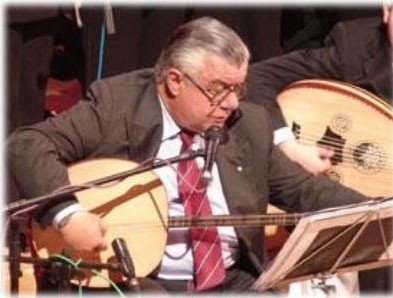 Veteran musician and composer Erol Sayan was born in Araç district of Kastamonu province in 1936. He graduated from Çankırı Industrial Vocational High School. He became an artist of Ankara Radio in 1961. He applied the lessons he received from Dr. Recai Özdil to his compositions. He attended academic music studies composer İsmail Baha Sürelsan conducted at his own home. He established polyphonic music with a technique of "niseb-i şerife" (a kind of special proportion), which was already established in the Turkish music.

He started his music studies in 1954. Until 1964, he taught theoretical music lessons for the Male Technical High School Teachers' School and continued his chorus works.

He established the second university choir at Orta Doğu Technical University (ODTÜ) in 1967. He focused on the instruments used in creating modes in our national music system, explaining how modes and forms were created and how discipline and frets could be understood easily and also on method keys.

The composer has around 310 compositions in various forms and modes, 156 of which are included in Turkish Radio and Television (TRT) repertoire. His compositions in "mahur" maqam are deemed as very successful. He won the grand prize with his work titled "Ömrümüzün Baharı Birlikte Geçsin" ("Let Us Live the Spring of Our Life Together") at TRT's composition contest in 1985. 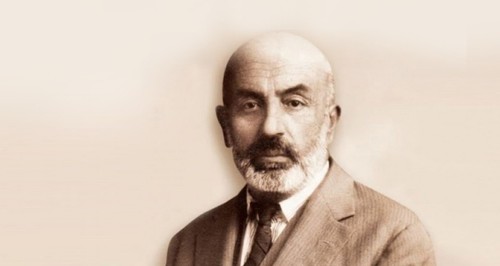 Mehmet Akif Ersoy is the author of the national anthems of both the Republic of Turkey and the Turkish Republic of North Cyprus (TRNC). He is defined as a "national poet" by many. Along with the national anthem, "Çanakkale Destanı" ("Çanakkale Legend") and "Bülbül" ("The Nightingale") and "Safahat" ("Phases") combining seven poetry books published between 1911 and 1933 are some of his most important works. He was also a member of Parliament during the War of Independence.

Mehmet Akif started writing poetry when he was studying at veterinary school. His initially published poem is "Kur'an'a Hitap" ("Salutation to the Quran"). He wrote poetic stories using the aruz prosody as of 1908. He always talked about the problems and troubles of the people in his stories. He started writing epic poem since the Balkan War. His first major epic is his poem titled "Çanakkale Şehitlerine" ("To the Martyrs of Çanakkale"). His second epic was the poem titled "Bülbül" ("The Nightingale") about the occupation of Bursa. He told the story of the War of Independence in the national anthem. Mehmet Akif, who objected to the view that "art is for art's sake," developed a religious linguistic style. ISTANBUL / DAILY SABAH