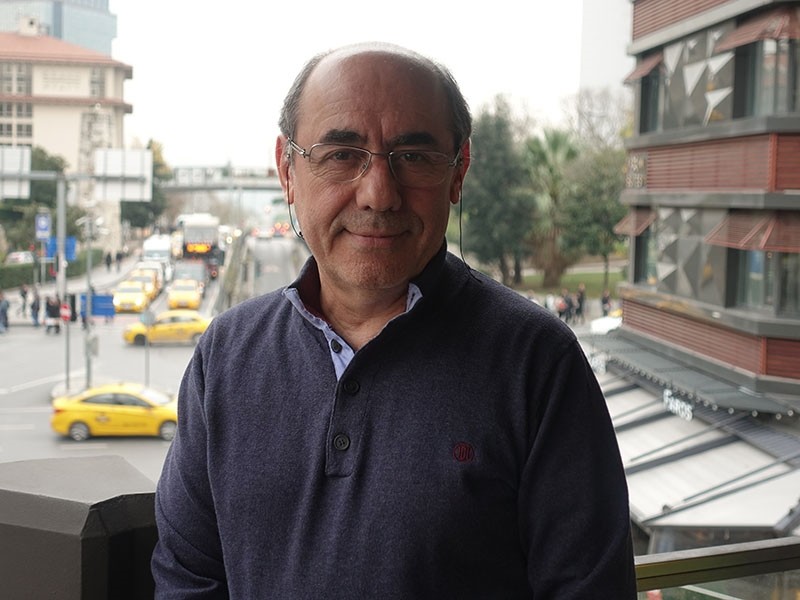 Kamal Tabrizi, an Iranian filmmaker known for his film "Marmoulak" ("Lizard"), recently spoke about the popularity of Turkish cinema in Iran.

"Although some films from many places in the world are screened in Iran, Turkish films do not debut here. Mostly, Turkish TV series broadcast through satellite channels are watched. I can say that 80 percent of Iranian people watch Turkish TV series with interest," he told Anadolu Agency (AA).

Tabrizi has made and directed award-winning films and TV series, including the 2004 film "Marmoulak." His early works focused on the Iraq-Iran War.

He said he watched many films by Nuri Bilge Ceylan because of his participation in international festivals and stressed, "Turkish cinema is really effective with its subjects and character structure."

Stating that Iranian filmmakers who want to shoot their films abroad prefer Turkey, he said: "In recent years, a new trend has been created in Iranian cinema. In this trend, the stories of the movies are somehow going out of the country. Many films that are currently in theaters were shot in this style, and the public likes it. In these stories that go outside of the country, a cultural interaction is observed."

"One of the important pillars in this is Turkey. Turkey's proximity to Iran, visa convenience, low expenses and Turkish people's hospitality makes it one of the most important countries in this field," he said.

Tabrizi implied that he wants to shoot a film or TV series in which producer Mahmut Mesut, with whom he works, and Turkish actors will participate.

"I think Turkish actors are very successful in series and cinema. They reflect the subject of the film or the series in a very artistic way with the characters that they play. For me, Turkish actors and actresses are among the best in the world. There are really successful figures in acting," he said.

Tabrizi said he often visits Turkey, especially Istanbul. Noting he was in Turkey two years ago to shoot his latest film "Marmouz" ("Sly"), which is currently in theaters in Iran, Tabrizi said Turkish people are very welcoming and optimistic.

Tabrizi said that, because of his optimism, he agreed to be a jury member at the International Amity Short Film Festival in Istanbul despite his intense workload.

Tabrizi also said that, at the end of the month in Iran, they will start shooting a Japanese production film for which he provided consultancy. He previously coproduced Japanese films, like "Kaze no Jûtan" ("The Wind Carpet").