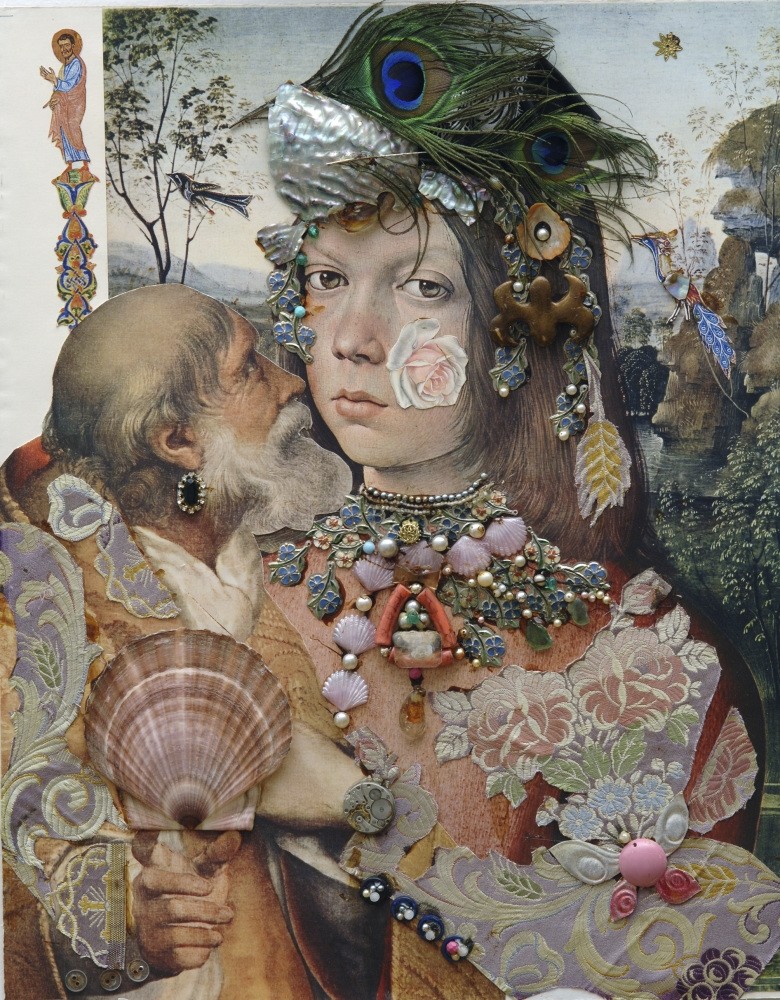 Acclaimed director and artist Sergei Parajanov's works will be on display for the first time in Turkey at Istanbul's Pera Museum until March 17, 2019

Istanbul's Pera Museum is showcasing the artwork of acclaimed director and artist Sergei Parajanov for the first time in Turkey. The "Parajanov with Sarkis" exhibition shines a light on the extraordinary fantasy world of one of the greatest masters of poetic cinema. Contemporary artist Sarkis Zabunyan's pieces based on Parajanov's work are also at the exhibition. The "Parajanov with Sarkis" exhibition can be visited until March 17, 2019.

The "Parajanov with Sarkis" exhibition is being jointly organized by Pera Museum with the collaboration of Parajanov Museum. It is celebrating the world of esteemed artist Sergei Parajanov, regarded as one of the most important directors in the history of cinema, on his 95th birthday for the first time in Turkey. The manager of the Parajanov Museum in Yerevan, Zaven Sargsyan, curated the exhibition that brings together the works the artist produced in a wide spectrum, from traditional to pop art, and consists of his paintings, collages, patterns, movie scene sketches, costume designs, mosaics, objects, photographs and installations. 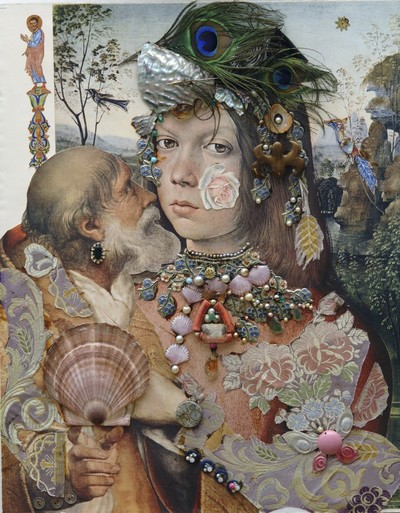 Parajanov put his mark on classical art pieces with everyday objects he could found.

"Parajanov with Sarkis" is part of the Parajanov collection that has been displayed in more than 30 cities around the world. The works of Sarkis, who continues his art career in Paris, adds a different and contemporary dimension to this extraordinary exhibition. Committed to Parajanov and his world, the works Sarkis created inspired by and dedicated to him come together in new arrangements in this exhibition. Sarkis communicates with, speaks to and salutes Parajanov through neon, screens and various installations. 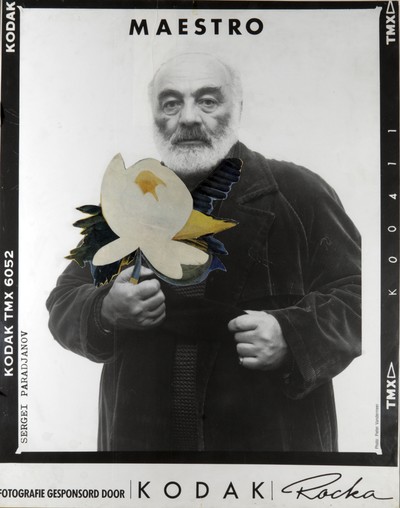 Sergei Parajanov seen in an artistic piece of photographic design.

The "Parajanov with Sarkis" exhibition was designed by Bülent Erkmen. The design, where the works are installed with scenes from his movies, expresses Parajanov's holistic creativity. The publication accompanying the exhibition compiles texts by Zaven Sargsyan, Jean Radvanyi and Levon Abrahamian. Sargsyan, the curator of the exhibition, emphasizes that the works of Parajanov always "consisted of beauty and goodness," despite his difficult life and great suffering, and added: "This exhibition in Istanbul is his biggest exhibition outside of museum walls. We wanted to display his art in detail in this city he visited and was mesmerized by in 1989. We hope that this exhibition will warm the hearts of visitors and contribute to the convergence of our nations."

Parajanov was born in 1924 and raised in Georgia. He studied in Russia, shot movies in Ukraine and always told the stories of intertwined, interconnected cultures and narratives of the Caucasus. Parajanov combined the esteemed and rich culture of the Caucasus, feeding on Iranian civilization and also ancient Greek with global themes such as childhood, family, religion, enslavement and freedom.

Sergei Parajanov was born into a family of merchants of Armenian origin living in Tbilisi. He took singing and violin lessons, was interested in ballet and painting and worked in a theater company. He was always close to artistic objects thanks to his father, who was an antiques dealer and to cultural traditions, especially European and Eastern art. He moved to Moscow and studied at the Institute of Cinema Studies in 1945. He shot his first feature films in the 1950s. "Shadows of Forgotten Ancestors" and "Sayat Nova" ("The Color of Pomegranates") were among his masterpieces.

Due to his opposition to the Soviet regime, his moviemaking opportunities were constantly restricted and the artist was forced to spend long years in jail. Parajanov started his collages during this time, which he describes as "squeezing his movies into collages." With the boundless fantasy world and symbolism he created, he was the master of object art and these works offered him freedom. He found strong creative energy in collages after cinema. He continued his life by multiplying his collages, created from extraordinary materials, and sold them. He designed hats, dolls and objects to pay his respects to individuals who supported him, including for Andrei Tarkovsky, Federico Fellini, Maya Plissetskaya and Lily Brik.

He returned to cinema in 1983, some 15 years later, and shot "The Legend of Suram Fortress" with the support of his friend, actor Dodo Abachidze. Then he adopted Mikhail Lermontov's Azerbaijani-Turkish fairy tale to film, "Ashik Kerib." Despite political freedom allowing him to travel abroad, his last years were shadowed by illness.

On June 4, 1989, he had to interrupt the shooting of his latest project, "The Confession," in Tbilisi. After receiving cancer treatments in Paris, he died in Yerevan on July 20, 1990. Parajanov's collection was the core of the museum-house in Yerevan, which opened in 1991, a year after his death. Parajanov's movies are still one of the milestones of "poetic cinema" all over the world today. The exhibition, depicting the versatile personality and artistic creativity of Parajanov can be visited until March 17, 2019 at Pera Museum. Pera Film's selection that is running in parallel with the exhibition can be seen in January.